Thank you for all the comments about the string_view performance! Last week, I got a lot of feedback on how to improve the initial string split code.

Have a look at how can we update the code and get some better performance.

Last week, I showed a few examples of string_view. Obviously, in most of the cases, string_view was much faster than the standard string. A view is a non-owning reference, so there's no need to copy the data - only [ptr, len] is needed to mark the referenced range. Moreover, string_view was added into the Standard Library because of the performance.

Maybe my string_view vs string tests were not needed because the results were too obvious?

As always, it's not that easy. Running benchmarks is hard, and sometimes results might be entirely unexpected.

For example, the last time one string implementation was faster than the string_view counterpart... 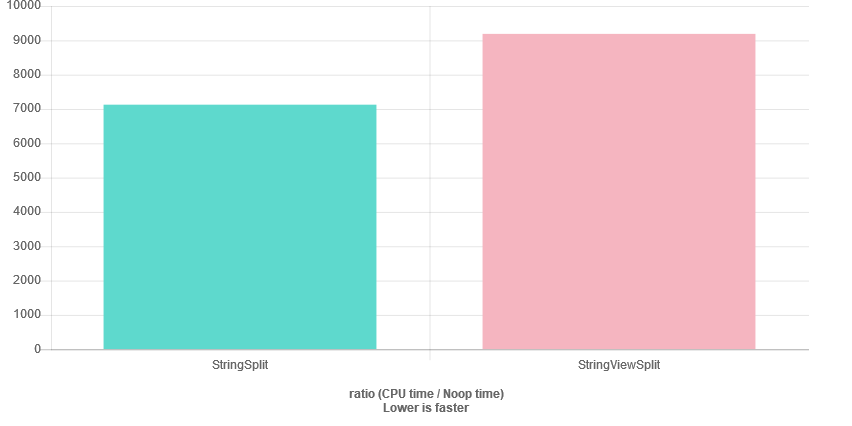 As you can see, the string_view version is slower!

Let's try to understand why.

This article is part of my series about C++17 Library Utilities. Here's the list of the other topics that I'll cover:

The algorithm that I tested last week was a string split implementation. As you saw in the image above, the performance of string_view was not perfect.

The readers pointed out that the initial implementations used different combinations of features:

When you change the string_view view version, so that it uses the std::find_first_of then the performance is much better!

One possible reason why the member function is slower than the std::find_first_of is that the member method uses memchr. See this comment by "en-em".

The generic std::find_first_of can be fully inlined by the compiler, while the member function is not. It would be an interesting experiment to figure out exactly why the generic std:: function is faster than a member method. Is memchr that slow (At least in GCC implementation)?

The second improvement comes from JFT who also implemented the algorithms using pointers and not iterators. That also gave a lot of speed increase.

Another idea was that we might preallocate some space at the beginning — so that we have fewer vector reallocations. For example, we can assume each word is 5...6 words and then use .reserve(). While it works nicely, we might end up with a bit larger vector - and later you'd probably want to shrink_to_fit(). And in total, I've noticed that it doesn't bring much performance gain. Some more tests would be needed here.

Here are the results from running 6 versions of the benchmark: 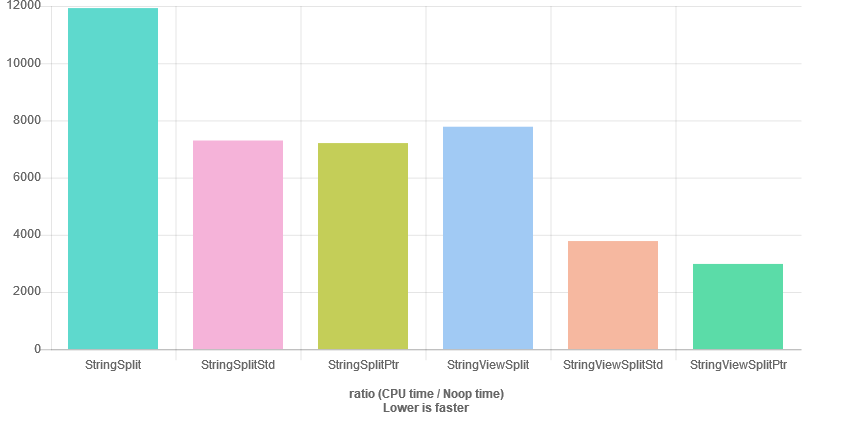 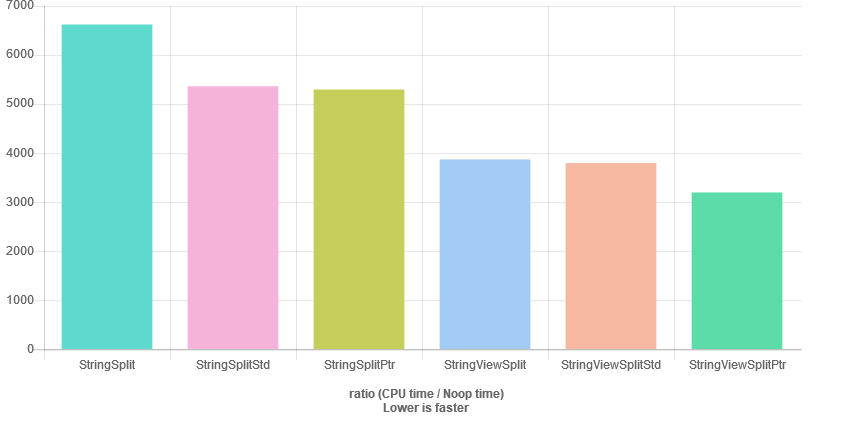 The benchmark uses a static string, so there's a chance that the compiler could optimize its usage somehow.

In both experiments, we can see that the version of string_view, with std::find_first_of and pointer implementation is the fastest.

Once again thanks for all the comments under the last article. I hope I gathered all the essential details from the feedback.

Here's the GitHub to the MSVC tests. The results of those quick benchmarks have to taken with care. It's always best to measure the final scenario, rather than sometimes artificial examples. Such benchmarks might give you a general direction towards the final solution (see Don't trust quick-bench results you see on the internet).