The Spring Cloud Data Flow team is pleased to announce the 1.5.0 GA release. Follow the Getting Started guides for Local Server, Cloud Foundry, and Kubernetes.

Here Are the Highlights

We have continued to improve the UI/UX of the Dashboard. We hope that you will immediately notice an overall lighter weight design. The Tasks tab has been rewritten to match the UX styling of the other tabs. A new paginator component has been added to all the list pages. Switching from a list of 20, 30, 50, or 100 items per page is possible. This further simplifies the bulk operation workflows.

The updated Stream Builder tab makes it easy to deploy Stream Definitions and update deployed streams. You can edit application and deployment properties as well as change the version of individual applications in the stream and re-deploy. Data Flow’s integration with Skipper handles the upgrade process, allowing for easy rollback in case the upgrade doesn’t go as planned. The Stream Builder tab also includes many optimizations, including better form validation and eager error reporting. Try it out! 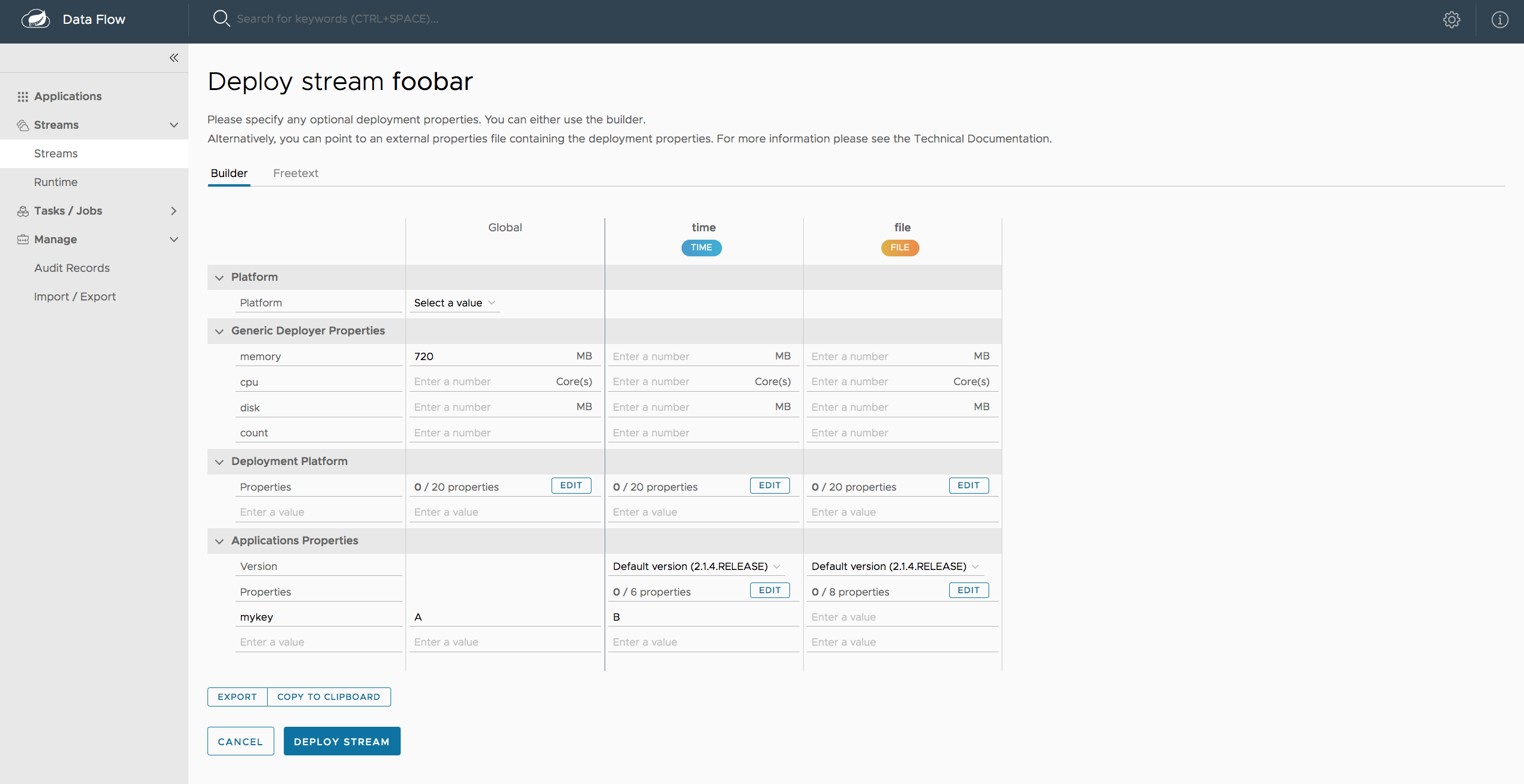 There has also been a significant amount of refactoring to optimize the code base and prepare for future extensions and feature additions. End-to-end testing with Selenium and SauceLabs has also been added.

We now support deploying Spring Boot 2.0 and Spring Cloud Stream 2.0-based applications. Read the section on Metrics for related features.

The release train Darwin RC1 updates the stream application starters to be based on Spring Boot and Spring Cloud Stream 2.0. A gRPC processor has been added. Import URLs can be found here.

The release train Dearborn M1 updates the task application starters to be based on Spring Boot & Spring Cloud Task 2.0.

An updated Spring Cloud Stream Application Initializr now lets you add micrometer libraries to both Boot 1.5- and 2.0-based applications. 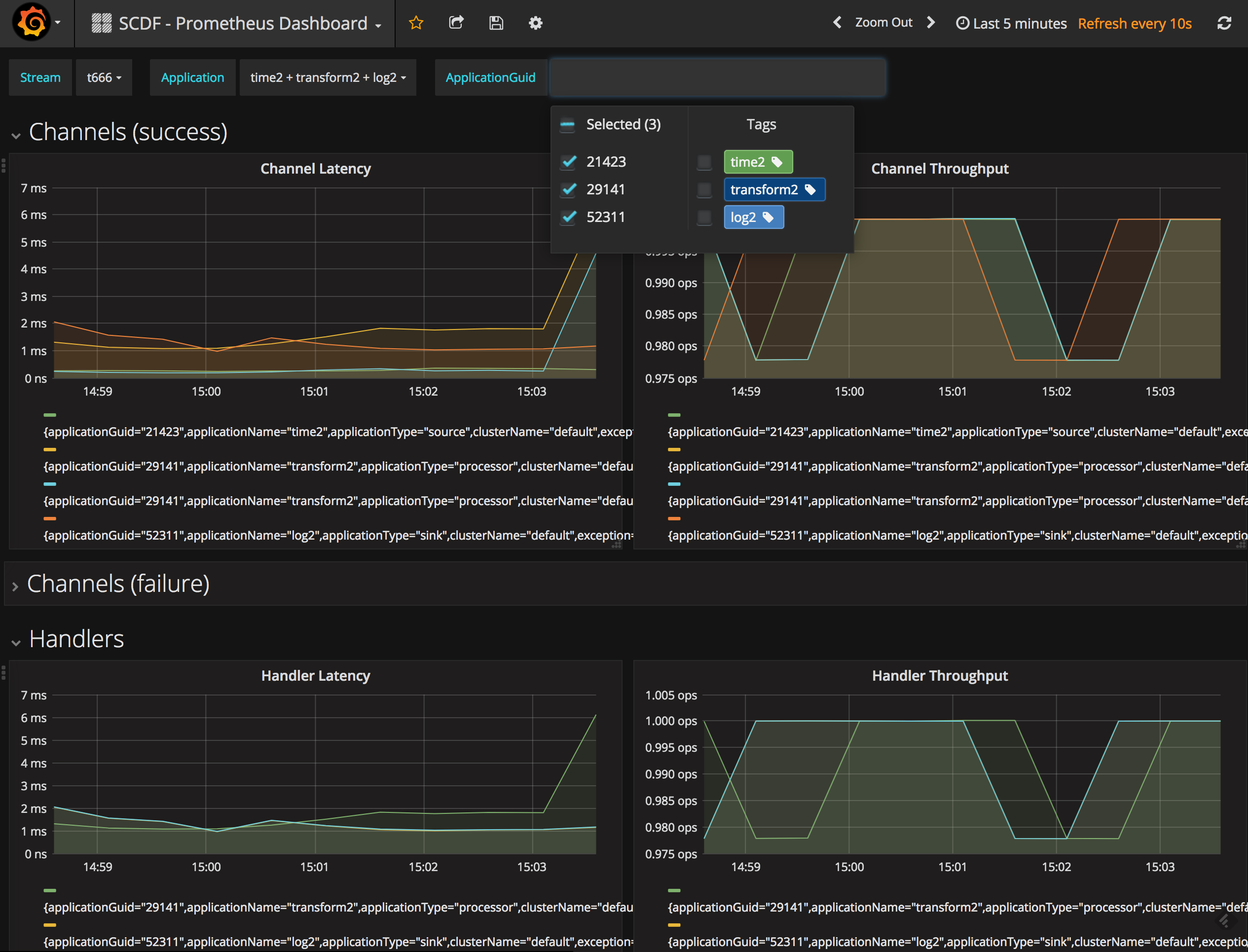 Another work in progress that is quite interesting to follow is the use of the Promregator project to monitor applications deployed on Cloud Foundry by using Prometheus. Follow these instructions to kick the tires.

The 2.0 RC1 release of Metrics Collector is based on Spring Boot 2.0 and Spring Cloud Stream 2.0. The Metrics Collector server supports collecting metrics from streams that contain only Boot 1.x or 2.x apps as well as streams that contain a mixture of Boot versions. A consistent representation of the throughput rates will be captured and propagated over to Data Flow’s Dashboard.

Here is how it looks in the Flo Dashboard for the DSL expression: 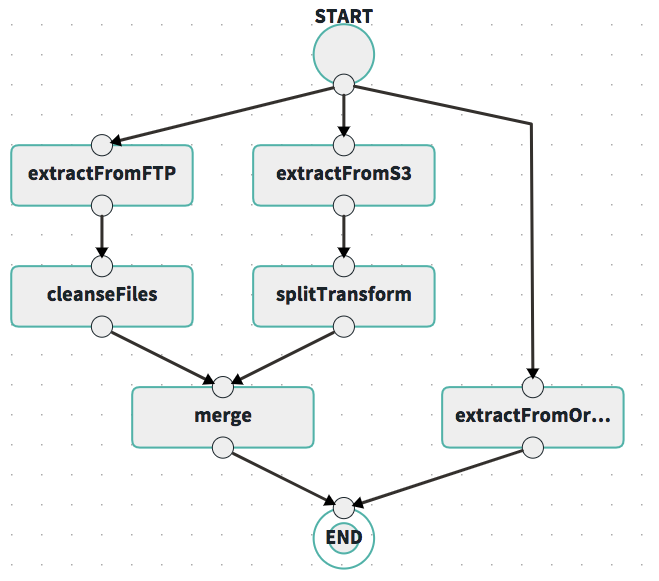 To use this feature, you have to register the 1.1.1.RELEASE version of the Composed Task Runner in SCDF.

And for Docker users:

A common use case is to detect new files on an FTP site, download them, and launch a batch job. We have added a new File Ingest sample for this use case. In the coming months, we will continue to improve the design and features. You can follow along here.

Other Bits and Bobs

As always, we welcome feedback and contributions, so please reach out to us on StackOverflow or GitHub or via Gitter.

Please try it out, share your feedback, and consider contributing to the project!

Published at DZone with permission of Mark Pollack . See the original article here.