Window functions perform calculations at the single row level, unlike GROUP BY, which performs calculations after grouping rows and providing the consolidated results.

Exploring OVER(): When we use the empty OVER () function the entire table is considered as one window and the window functions like aggregate function or ranking function will be performed on the entire window. Consider a table named "Orders":

Find the amount sum of total orders placed in the year 2020 using the OVER () function.

Upon looking at the Orders table, we can see that the total order amount for the city of Austin is 1210 and for the city of Irving is 200.  Here the SUM is 1741 for the entire year 2020 for all cities.

Since ordering is done in descending order of amount, first the city with the maximum amount is considered. Then add the amount from "Dallas" city, and so on.

Similarly, if we execute ORDER BY on orderdate, the result will be different.

Instead of SUM, RANK, or Other, the window function can be used.  In the above query, to see the Ranking of cities placed orders in descending order of dates:

Austin and Dallas's order has the same Date, and executing the same query will yield the below result:

Both Austin and Dallas now have rank 3, in the case of “tie” RANK function increment the next row with 2 leaving the gap between 3 & 5. That’s where the DENSE_RANK function comes handy and the next value after a tie will properly be incremented by 1, leaving no gaps, if we execute the query with DENSE_RANK, yields.

Since we have used DENSE_RANK, the next value after the tied value is properly incremented by 1, leaving no gaps.

Q: SELECT name, city, DENSE_RANK() OVER() AS RANK FROM ORDERS

Query results in ERROR, “The function 'DENSE_RANK' must have an OVER clause with ORDER BY.” 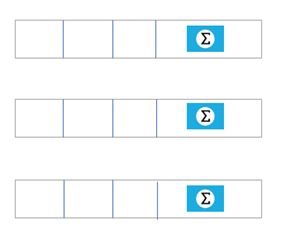 We have created the partition based on "city". Each row will represent a separate partition and the SUM is applied on each row. The above query will yield in:

PARTITION BY can be combined with ORDER BY with OVER() Function. In that case, the flow of execution is:

2. The ORDER BY clause sorts the rows within a Partition.

LEAD and LAG: with the help of the LEAD function, we can access data of the next row and further rows, whereas the LAG function helps in accessing data from the previous rows. These functions are extremely helpful in comparing the values from the previous and next rows.  In Our example of the "Orders" table:

The above query is partitioned by city, which is why  "Atlanta"/"Austin"/"Irving" do not have next rows.  Therefore, the ‘next_amount_value’ is null. City "Dallas" has 3 rows.

Row No.7 from the "Orders" table screenshot has amount 300 customer name "Mick":

This is the next value of 300, which is why "next_amount_value" in front of Customer with Name "Mick" is showing 400.

Similarly, "Sam" is having value:

But the window function query returns 1000 which is the next LEAD value of 400:

The LAG() function returns the previous value of the current value,

But its previous row value is 300: