We've done a lot of work on optimizer stability for TiDB. However, SQL execution plans are affected by various factors. The execution plan may encounter unanticipated changes. As a result, the execution time might be too long.

Generally, you can address these issues by putting comments in the SQL queries ( optimizer hints) to instruct the optimizer to select a certain SQL execution plan. But this approach is inconvenient, because you need to modify the SQL text and application code.

TiDB 4.0 introduces SQL Plan Management (SPM), a mechanism that narrows down the optimizer's searching space to execution plans that are proven to perform well. SPM avoids performance degradation caused by unanticipated plan changes, and you don't have to change the application code.

In this post, I'll give an overview of SPM and use an example to demonstrate how SPM helps the optimizer automatically select efficient execution plans.

We need SPM mainly because the SQL hint approach is not the best way to select an execution plan.

TiDB is a relational, distributed SQL database, and it uses a cost-based optimizer that relies on statistics. As the front-end application changes, the distribution of data may change abruptly. This is especially true for tables with huge volumes of data. Thus, it's quite normal that statistics become out of date.

Besides, even if we can maintain up-to-date table statistics, it's still difficult to ensure that the optimizer chooses the best execution plan for all cases because estimating the cost is complicated. Based on our experience, these issues cause most of the SQL layer problems in the production environment.

To avoid these issues, DBAs often try to find slow queries, rewrite SQL queries, or write comments in query statements (known as SQL hints). In effect, they're telling the optimizer "Don't guess. I understand the characteristics of my application better than you do, so do what I tell you."

However, the hint approach has these problems:

Due to the shortcomings above, TiDB 4.0 introduces a new mechanism, SQL Plan Management, to help DBAs avoid slow queries.

An Overview of SQL Plan Management

SQL Plan Management is a no-application-intrusion mechanism to constrain the searching space of the optimizer to the execution plans that have been proved to have good performance.

Although you can only bind one execution plan to a query pattern, a query pattern may eventually have multiple plan bindings due to the binding evolution feature described below.

When an SQL statement is bound with multiple execution plans, the optimizer selects the plan with the lowest cost.

The tidb_use_plan_baselines parameter controls whether to use plan bindings. To ignore all bindings, set the parameter to off.

You can set the tidb_capture_plan_baselines variable to on to automatically create bindings for SQL statements that appear multiple times in a certain period of time.

Note that if an SQL statement appears only once, you don't need to create a binding, because it never appears later. TiDB creates bindings for SQL statements that have occurred at least twice.

As statistics or the table schema definition changes, the originally-bound execution plan might be no longer optimal. In TiDB 4.0, bindings can automatically evolve to adapt to changes.

SPM evolves bindings by experimenting with alternative execution plans in the background. If it detects a better execution plan, SPM adds this new plan to the binding list. For the subsequent SQL queries, the optimizer will also take this new plan into consideration.

Note that this feature uses few system resources. SPM performs its "experiments" during a predefined time period, which is usually when network activity is low.

How SPM Can Speed up Your Queries

Now that we have a basic idea of SPM, let's see how SPM can speed up your queries.

The following table has a list of men and women's first names: 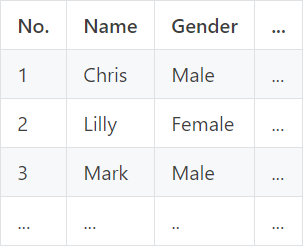 We've built indexes on columns Name and Gender. To find the man's name Chris, we use the following query:

However, what happens if we insert a lot of "female Chris" records in a short period of time? 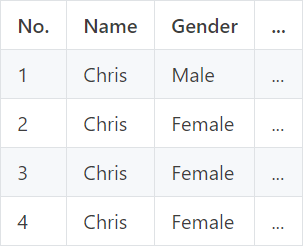 Now the selectivity of the Name index for the query above becomes pretty high, because there are a lot of "Chris" records. Now, the Gender index is more efficient, since there is only one "male Chris" in the table.

If the statistics are not updated in time to reflect these sudden data changes, the optimizer would likely use the Name index as an access method for the query. This would result in a slow query.

In the case above, DBAs only need to execute the following command in the database:

In the example above, the data distribution might change again later, and the SQL optimizer might sense this change and find a better execution plan for the query; namely, using the Name index as the access method. But what if this execution plan is not in the binding list?

This approach prevents slowdowns in the database resulting from unexpected plan changes, and, best of all, you don't have to modify the application code.

If you're interested in SPM, you can give it a try in the TiDB 4.0 release candidate.

Published at DZone with permission of Kenan Yao . See the original article here.