After more than 130.000 downloads, version 3.1 of my SQL Server Compact Toolbox extension for Visual Studio 2012 and 2010 is now available for download. This blog post is a visual guide to the new features included in this release, many suggested by users of the tool via the CodePlex issue tracker

As I have blogged about earlier, the Toolbox now has a feature that enables migration to SQLite, for use for example for migrating Windows Phone solutions to Windows 8 Apps.

The Toolbox already supports scripting a 3.5 database and running the generated script against a version 4.0 database, but this release contains a feature that does a direct upgrade, using the SqlCeEngine Upgrade method. In addition, the new database will be connected to Server Explorer and the Toolbox automagically. 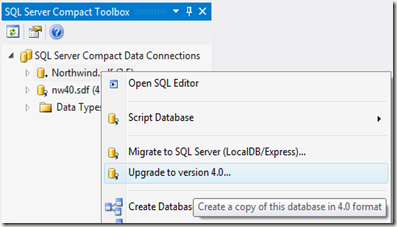 Some users have requested the option to script table data without SET IDENTITY_INSERT statements, basically ignoring the IDENTITY column. This is now possible via a new user option:

When connecting to SQL Server to generate scripts, the dialog used in previous version of the Toolbox only worked with Integrated Security, not connections using SQL Server authentication. This is the new dialog: 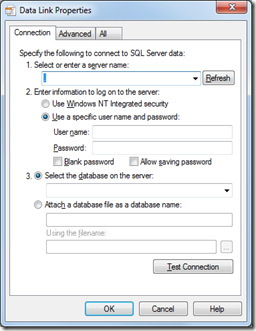 Improved DataGrid results performance – when enabling showing query results in Grid, performance was not ideal – this has been improved: 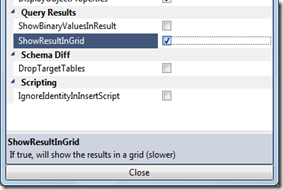 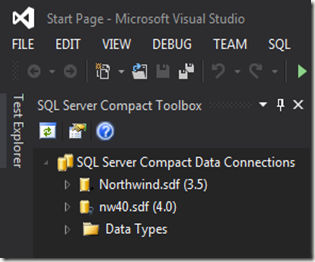 Notice that both 4.0 and 3.5 database file versions are supported by the Toolbox in VS 2012, but that 3.5 SP2 must be installed separately, as it is no longer installed by Visual Studio. Toolbox support for 4.0 in VS 2012 does not require 3.5 SP2 to be installed.