After nearly 290.000 downloads, version 3.7.3 of my SQL Server Compact Toolbox extension for Visual Studio  “14”, 2013, 2012 and 2010 is now available for download. This blog post is a visual guide to the new features included in this release, many suggested by users of the tool via the CodePlex issue tracker.

This feature enables you to create a script of all tables and data in an existing SQL Server database, that can be run using the SQLite3.exe tool as described in my blog post here, allowing you to quickly migrate to SQLite, for example for use in Windows Store/Phone Apps.

This feature enables you to set or change the password of an existing database.

This feature allows you to enter multi line text in the data edit grid, by pressing Shift+Enter to get to a new line.

Support for VS “14” was actually already enabled, but there was a minor issue with registration of the simple DDEX providers, that has now been fixed.

UPDATE: Microsoft has blocked add-ins that claim to support VS 14 from VS 2013, so in the meantime you can download a build for VS “14” from here: 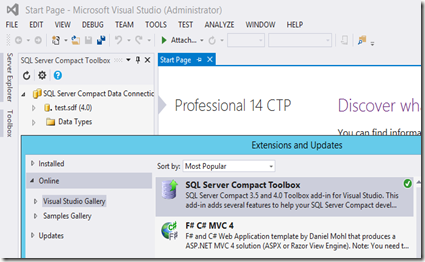 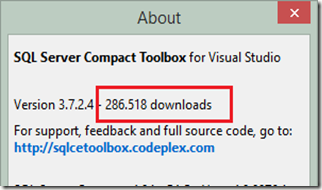 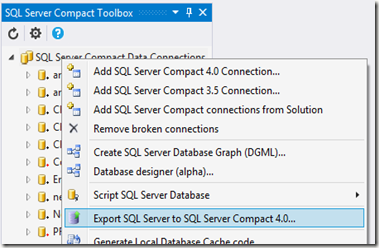