On Monday, a new update to the SQLite Code of Conduct left developers confused and outraged.

The SQLite Code of Conduct presents a 72-item list from “The Tools for Good Work” chapter of The Rule of St. Benedict, a book originally written for monks in communal living, saying, “All are encouraged to follow this rule closely, as in doing so, they may expect to live happier, healthier, more productive lives.”

Items from the Code of Conduct include rules pertaining to religion, chastity, evil, and prayer, such as "Prefer nothing more than the love of Christ" and "Fear the Day of Judgment."

Here is a look at the SQLite Code of Conduct page: 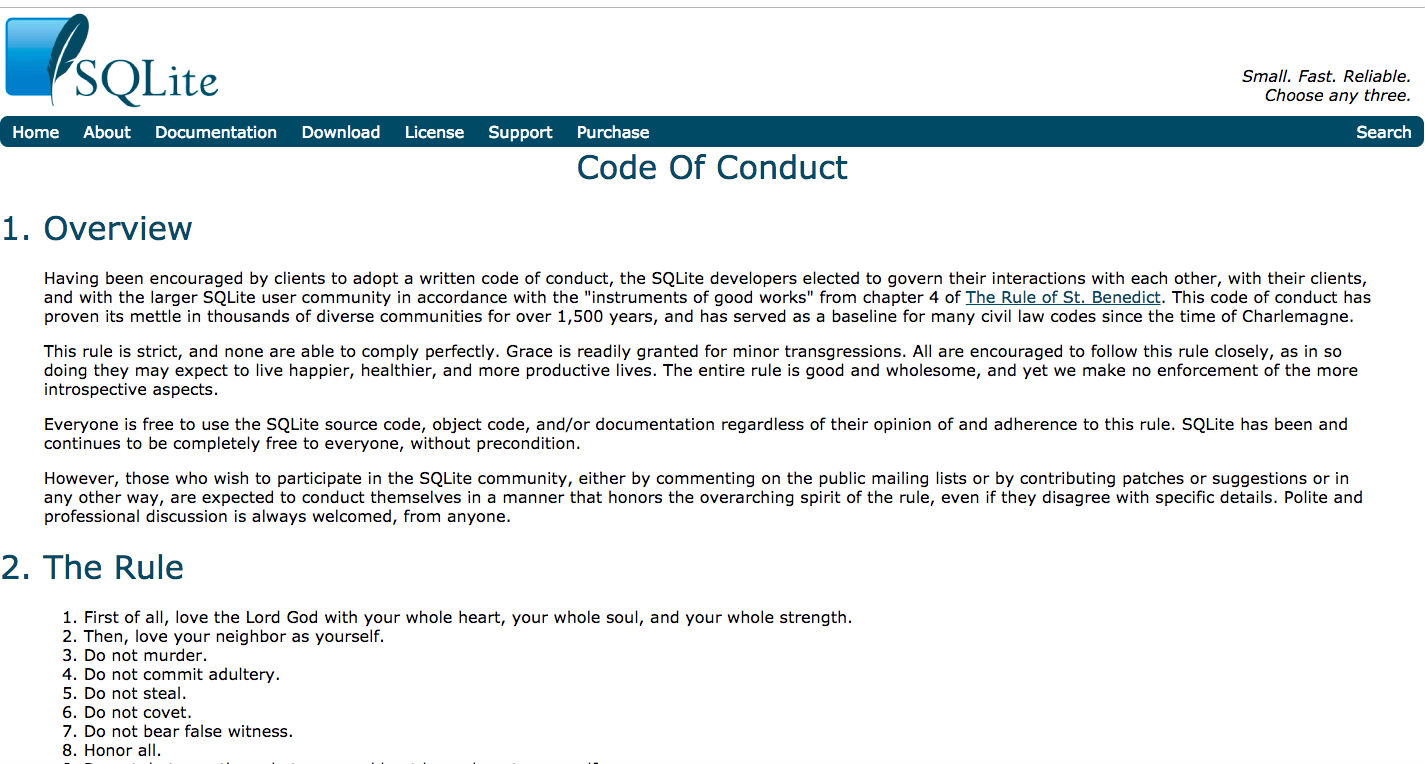 Opinion was divided as to whether the Code of Conduct was meant satirically or seriously. Either way, devs were not amused and took to Twitter to express their displeasure. 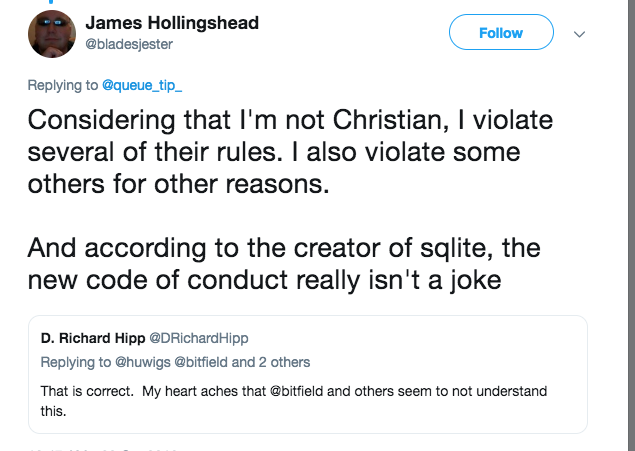 In a forum on the SQLite page, Creator of SQLite, D. Richard Hipp, explained the Code and that clients had been asking him to write a code of conduct for a long time, saying, "I came up with what you found, submitted the idea to the whole staff, and everybody approved.”

However, many SQLite users and other members of the community felt that SQLite and the Code of Conduct had gone too far, with many tweeting out in shock: 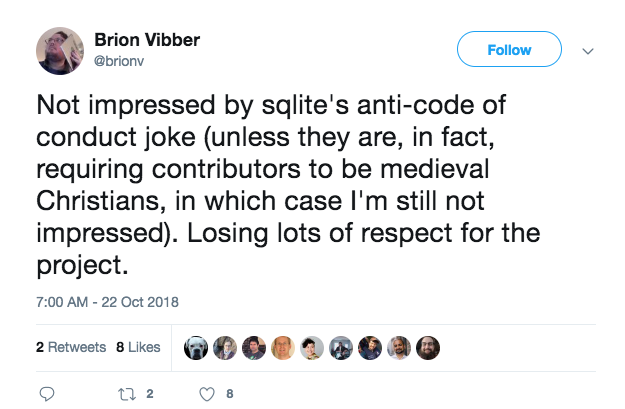 And, some even went as far as to say that:

While SQLite supports these items in full, they do mention that “This rule is strict, and none are able to comply perfectly… The entire rule is good and wholesome, and yet, we make no enforcement of the more introspective aspects.”

Read more on the SQLite Code of Conduct here.