This week, my team decided to create a smoke test harness around our web app to avoid the most stupid regressions. I was not in favor of that because of my prior experience with the fragility of end-to-end testing. But since we don’t have enough testers on our team, that was the only sane thing to do. I stepped forward to develop that suite. 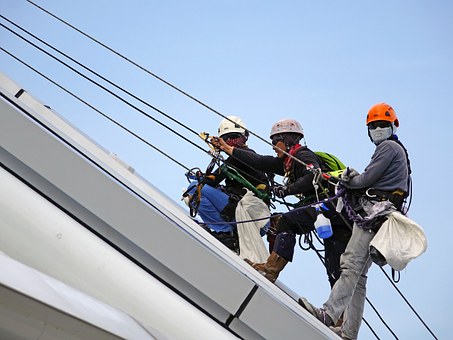 At first, I wanted to make a simple working test harness, so I chose technologies I was familiar with:

TestNG is a much better choice that JUnit (even compared to the latest 5th version) for end-to-end testing because it lets you order test methods.

However, the problem with this approach is readability when failures happen. Stack traces are hardly understandable by team members that are not developers. After having developed something that worked, I thus wanted to add some degree of usability for all team members.

Cucumber is a BDD tool available on the JVM. It can be integrated with Selenium to have a thin BDD layer on top of GUI testing. 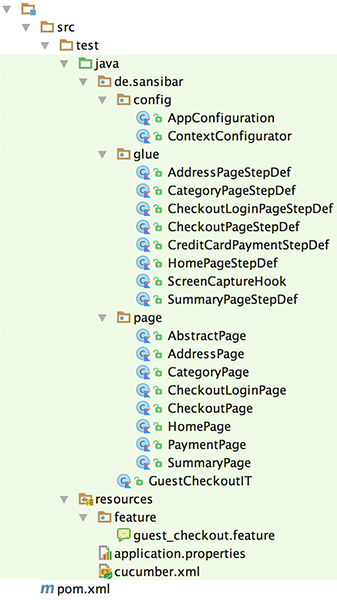 Cucumber is based on three main components:

For example, let’s analyze how to create a test harness for an e-commerce shop.

The following is an excerpt of the feature to handle checkout:

The corresponding step definition to the previous feature could look like that (in Kotlin):

Let’s forget for now about line 1 from the above snippet and focus on the rest.

For each Given/When/Then line in the feature file, there’s a corresponding method with a matching regexp in the class file:

As you can see, it’s empty: it just provides the entry point and binds a feature to the step definitions package. At that point, running the test class in the IDE or through Maven will run the associated Cucumber feature.

Improving Beyond the First Draft

So far, so good. But the existing code deserves to be improved.

I cheated a little for this one as it was already implemented in the first TestNG MVP but let’s pretend otherwise.

If you’ve read the step definition class above, you might have noticed that there’s no Selenium dependency anywhere in the code. All of it has been hidden in a class that represents the page:

This approach is known as the Page Object pattern.

Mixing selectors and tests into the same class makes tests brittle, especially in the early stage of the project when the GUI changes a lot. Isolating selectors into a dedicated class let us buffer changes into that class only.

There are a couple of good practices there — suggested by colleagues and from my personal experience:

The Page needs to select components through the Selenium API, thus it needs a reference to a WebDriver. This is a problem when a single feature contains several scenarios as this reference needs to be shared among all scenarios. Possible solutions to this include:

This is great news, as it’s possible to use the libraries we already use in development in the tests. Regular readers know me as a Spring proponent, so I naturally used it as the DI framework. Those are dependencies that are required for that in the POM:

At this point, it’s quite easy to create a standard Spring configuration file to generate the driver, as well as the page objects and their necessary dependencies:

In thie configuration, the driver bean is a singleton managed by Spring and the single instance can be shared among all page beans.

There are also the singletons parts of the Spring bean factory. That’s the reason for the @Autowired annotation in the step definition constructor. But why don’t step definitions get created in the Spring configuration class? Because they are to be created by the Cucumber framework itself using package scanning — yuck. Note that they don’t need to be self-annotated — it’s part of Cucumber’s magic, but they are still part of the Spring context and can be injected.

A common mistake made when testing is to think nothing will break, ever. I fell into this trap when I was more junior, and now I try to prepare for failure.

In order to achieve that, I wanted to take a screenshot when a test fails so that it will be easier to fix the failure. Cucumber provides a dedicated lifecycle — before and after code run around each test through respective @Before and @After annotations. Note those are not the same as JUnit’s, and Cucumber doesn’t parse JUnit’s own annotations.

The final result is a working end-to-end testing harness that non-technical people are able to understand. Even better, using Cucumber over TestNG let us improve the code with Dependency Injection. The setup of Cucumber over Selenium was not trivial, but quite achievable with a little effort.

Despite all the good parts above, the harness fails… sometimes, for reasons unrelated to code, as all end-to-end tests go. That’s the reason I’m extremely reluctant to set them up in the build process. If that would happen every so often, the team would lose confidence in the harness and all would have been for nothing. So far, we’ll use it manually before promoting the application to an environment.