i made the fatal mistake recently of watching a horrendous interview between cnn and british, erm, something or other katie hopkins.  hopkins has a lengthy rap sheet of vile outpourings, so most of the interview was true to that form, but she made accusations about the impartiality of cnn that have been aired frequently during the us presidential campaigning.

indeed, such accusations of bias have been commonplace in many of the more recent political campaigns, and certainly so in the brexit referendum.  it seems in our post-truth age that merely shouting out such accusations is enough for them to carry weight, but i’m rather more keen on evidence based decision making, so am thankful for a russian startup that sets out to show just how much air time political figures receive on various channels.

the company, called verso , tracks the appearances of political leaders across all of the major television networks in real time to provide an accurate representation of their coverage levels. 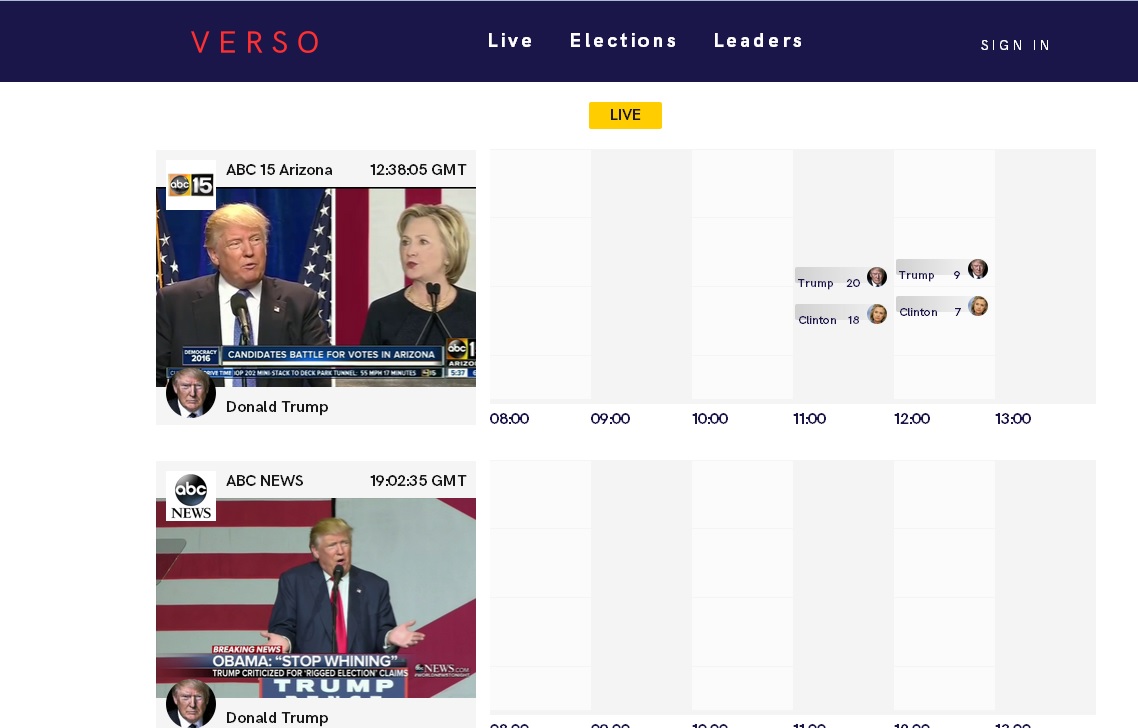 the company uses facial recognition algorithms that are capable of accurately detecting the right person 99% of the time, even if they are turned away from the camera or their face is blurred.

this data is then converted into a relative percentage point to rank political figures based upon the airtime their receive.

of course, this does suppose that people really care about correcting any biases they may have, which i’m far from convinced about.  indeed, such was the level of bunkem aired in the british media about the european union, the eu decided to build a website solely devoted to debunking each misleading statement, one by one.

over the years, some 400 of them were debunked, ranging from allegations that the eu was going to limit the speed of children’s playground roundabouts to apparent plans by the ec to ban darts from pubs.

alas, a recent study highlights the difficulties facing such sites.  it highlights how even the most spurious of arguments can still permeate the public consciousness if they are delivered by a credible enough source.

it’s a phenomenon the researchers term the ‘sleeper effect’, whereby a message grows in influence overtime, especially if it was initially delivered by a credible source.

“we started to look at the delayed impact of communications, and the sleeper effect is a classic topic for persuasion research,” the researchers say. “the sleeper effect shows that a strong message from a noncredible source has a delayed effect, so it’s more persuasive after time has gone by. we researched this effect for a long time, and we came to the realization that it was happening when people focused on the message’s arguments – but the source was an afterthought. so we turned things around and asked, ‘what if people focus on the credibility of the source?’”

given the length of both the primary process and the subsequent presidential election, it is perhaps not surprising that even the least credible of sources have had plenty of time for their misinformation to seep into our consciousness.