mock has become so popular in agile development teams. many disciplined teams won’t write a unit test without mocked dependencies. however, mock is not the silver-bullet. instead, i find many teams using mock struggle with refactoring. martin fowler, kent beck and david david heinemeier hansson had a hangout last year, in which the shared their opinions on mocking.

the substantial problem of mocking is that when you set up the dependencies with mock, you are assuming an implementation, because you know that the mocked method will be called. 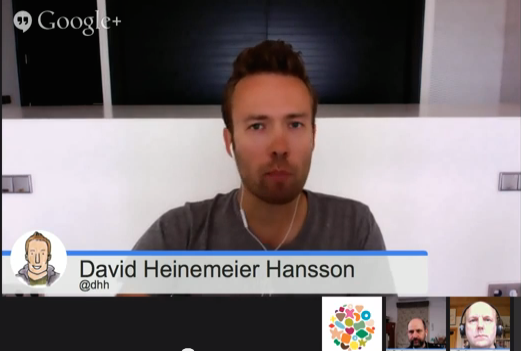 martin fowler, kent beck and david heinemeier hansson had a hangout talking about tdd , in which all three expressed their concerns around mocking from different angles. the videos last for more than one hour so here is the text version if you prefer. the hangout is not just about mocking. so i have attempted to summarize their concerns or comments on mocking below (extracted from the text version):

dhh, kent beck and martin fowler did not use any code example in their hangout. i think some java code can demonstrate the real problems better.

let’s use online store as an example. to summarize the business rule, if an order is shipped to within australia, free shipping is applied, otherwise no free shipping.

here is our test code:

here is our order class under test:

now we would like to change the way to decide if the country is australia from comparing name to comparing country code.

the test will fail (throw nullpointerexception), because getcountrycode is not mocked. we assumed that we will call getname, but that is an implementation detail. we are not changing the behaviour of the class order. the test should pass without any change. if real country object is used, it won’t fail. yes, as you said, we should test contract. but we should test the contracts of the class that is under test, not how the class under test interacts with its dependencies, which is again implementation detail. a paper (www.jmock.org/oopsla2004.pdf ) published in 2004 suggested that we should “mock roles, not objects”. i agree that it is good technique to drive interfaces. it should be limited to that. it should not be used when the dependent classes are already there.

this is an elaborated example, but it does not mean the problems are there in rare cases. it is common and popular. i’ve seen more teams using mock in most of the unit tests than not doing that. when they feel the pain of re factoring, they believe that is necessary pain. more teams do not feel the pain, because it has not hurt them that hard.

so i would like to reiterate the problems of mocking: