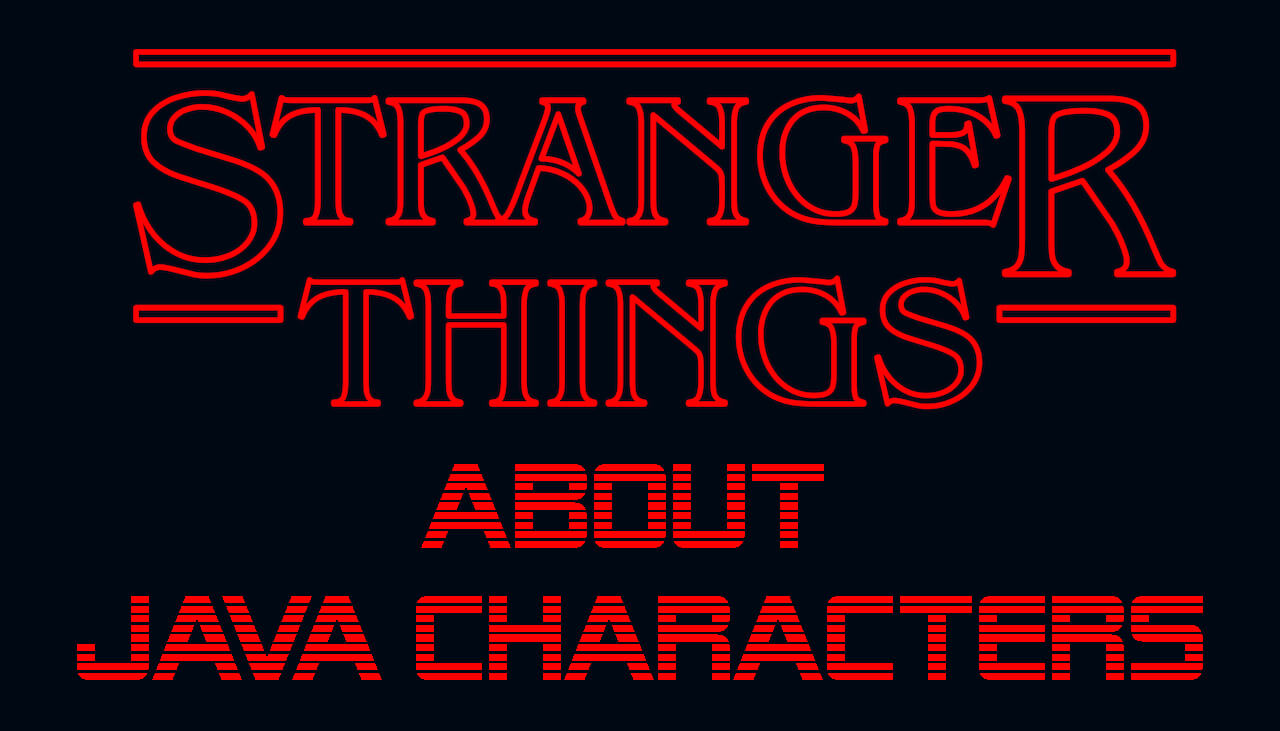 Did you know that the following is a valid Java statement?

You can try to copy and paste it inside the main method of any class and compile it. If you then also add the following statement after you compile that class

and run that class, the code will print the number 8!

And did you know that this comment instead produces a syntax error at compile time?

Yet, comments shouldn't produce syntax errors. In fact, programmers often comment out pieces of code just to make the compiler ignore them... so what's going on?

To find out, spend a few minutes reviewing a bit of basic Java: the primitive type, char.

As everyone knows, the char type is one of the eight primitive Java types. It allows us to store characters, one at a time. Below is a simple example where the character value is assigned to a char type:

Actually, this data type is not used frequently, because in most cases, programmers need character sequences and therefore prefer strings. Each literal character value must be included between two single quotes, not to be confused with double quotes used for string literals. A string declaration follows:

There are three ways to assign a literal value to a char type, and all three modes require the inclusion of the value between single quotes:

Let's add some details in the next three sections.

We can assign any character found on our keyboard to a char variable, provided that our system settings support the required character and that the character is printable (for example, the "Canc" and "Enter" keys are not printable). In any case, the literal assignable to a char primitive type is always included between two single quotes. Here are some examples:

The char data type is stored in 2 bytes (16 bits), with a range consisting only of positive numbers ranging from 0 to 65,535. In fact, there is a 'mapping' that associates a certain character to each number. This mapping (or encoding) is defined by the Unicode standard (further described in the next section).

We said that the char primitive type is stored in 16 bits and can define as many as 65,536 different characters. Unicode encoding deals with standardizing all the characters (and also symbols, emojis, ideograms, etc.) that exist on this planet. Unicode is an extension of the encoding known as UTF-8, which in turn is based on the old 8-bit Extended ASCII standard, which in turn contains the oldest standard, ASCII code (an acronym for American Standard Code for Information Interchange).

We can directly assign a Unicode value to a char in hexadecimal format using 4 digits, which uniquely identifies a given character, prefixing it with the prefix \u (always lower case). For example:

Actually, Java 15 supports Unicode version 13.0, which contains many more characters than 65,536. Today, the Unicode standard has evolved a lot and now allows us to represent potentially over a million characters, although only 143,859 numbers have already been assigned to a character. But the standard is constantly evolving. Anyway, to assign Unicode values that are outside the 16-bit range of a char type, we usually use classes like String and Character, but since it is a very rare case and not interesting for the purpose of this article, we will not talk about it.

In a char type, it is also possible to store special escape characters, that is, sequences of characters that cause particular behaviors in the printing:

Note that assigning the literal '"' to a character is perfectly legal, so the following statement:

which is equivalent to the following code:

is correct and will print the double-quote character:

If we tried not to use the escape character for a single-quote, for example, with the following statement:

we would get the following compile-time errors, since the compiler will not be able to distinguish the character delimiters:

Since the string literal delimiters are represented with double-quotes, then the situation is reversed. In fact, it is possible to represent single-quotes within a string:

On the other hand, we must use the \" escape character to use double-quotes within a string. So, the following statement:

will cause the following compilation errors:

Instead, the following instruction is correct:

The Unicode literal format can also be used to replace any line of our code. In fact, the compiler first transforms the Unicode format into a character and then evaluates the syntax. For example, we could rewrite the following statement:

in the following way:

In fact, if we add the following to the statement to the previous line:

Undoubtedly, this is not a useful way to write our code. But it can be useful to know this feature, as it allows us to understand some mistakes that (rarely) happen.

The fact that the compiler transforms the Unicode hexadecimal format before it evaluates the code has some consequences and justifies the existence of escape characters. For example, let's consider the line feed character, which can be represented with the escape character \n. Theoretically, the line feed is associated in the Unicode encoding to the decimal number 10 (which corresponds to the hexadecimal number A). But, if we try to define it using the Unicode format:

In fact, the compiler transforms the previous code into the following before evaluating it:

The Unicode format has been transformed into the new line character, and the previous syntax is not valid syntax for the Java compiler.

Also, in this case, the compiler will transform the previous code in this way:

which will give rise to the following compile-time errors:

The first error is because the first pair of quotes does not contain a character, while the second error indicates that specifying the third single quote is an unclosed character literal.

Also, with regard to the carriage return character, represented by the hexadecimal number D (corresponding to the decimal number 13), and already representable with the escape character\r, there are problems. In fact, if we write:

In fact, the compiler has transformed the number in Unicode format into a carriage return by returning the cursor to the beginning of the line, and what was supposed to be the second single quote became the first.

This is because the previous code will have been transformed into the following:

there will be no problem. But if we use this character within a string:

since the previous code will have been transformed into the following:

An even stranger situation is found when using single-line comments for Unicode formats such as carriage return or line feed. For example, despite being commented out, both of the following statements would give rise to compile-time errors!

This is because the compiler always transforms the hexadecimal formats with the line feed and carriage return characters, which are not compatible with the single-line comments; they print characters outside the comment!

To solve the situation, use the multi-line comment notation, for example:

Another mistake that can cause a programmer to lose a lot of time is when the sequence \u is used in a comment. For example, with the following comment, we will get a compile-time error:

If the compiler does not find a sequence of 4 hexadecimal characters valid after \u, it will print the following error:

In this article, we have seen that the use of the char type in Java hides some truly surprising special cases. In particular, we have seen that it is possible to write Java code using the Unicode format. This is because the compiler first transforms the Unicode format into a character and then evaluates the syntax. This implies that programmers can find syntax errors where they would never expect, especially inside the comments.

Author Note: This article is a short excerpt from section 3.3.5 Primitive Character Data Type of Volume 1 from my book Java for Aliens. For more information, please visit www.javaforaliens.com (you can download the section 3.3.5 from the Samples area).