“Automation applied to an inefficient operation will magnify the inefficiency.”

Continuous testing has been a buzzword over the years, and it is no longer considered a new term in the world of software development. Rather, it is a software testing strategy that is used to evaluate the quality of the product, not only during the latter half of the software development life cycle (SDLC) but also early stages.

The famous saying “prevention is better than cure” is applicable in the SDLC, too. Yes, testing the product early and often, and fixing the bugs before moving it to production, can actually bring a wide range of benefits. So how could this actually help in managing deployments?

Why the SDLC Demands Continuous Testing

The primary factor in a successful continuous testing framework is incorporating automated feedbacks. Test automation reduces the stand-by time for developers by shift-left and shift-right mechanisms, which means testing takes place throughout the SDLC, from beginning to end.

The Value of Adopting a Continuous Testing Methodology

Realizing the key benefits of continuous testing in system development is mandatory for adoption of the right tools and successful implementation. CT is equipped with myriad key benefits, out of which a few are listed below: 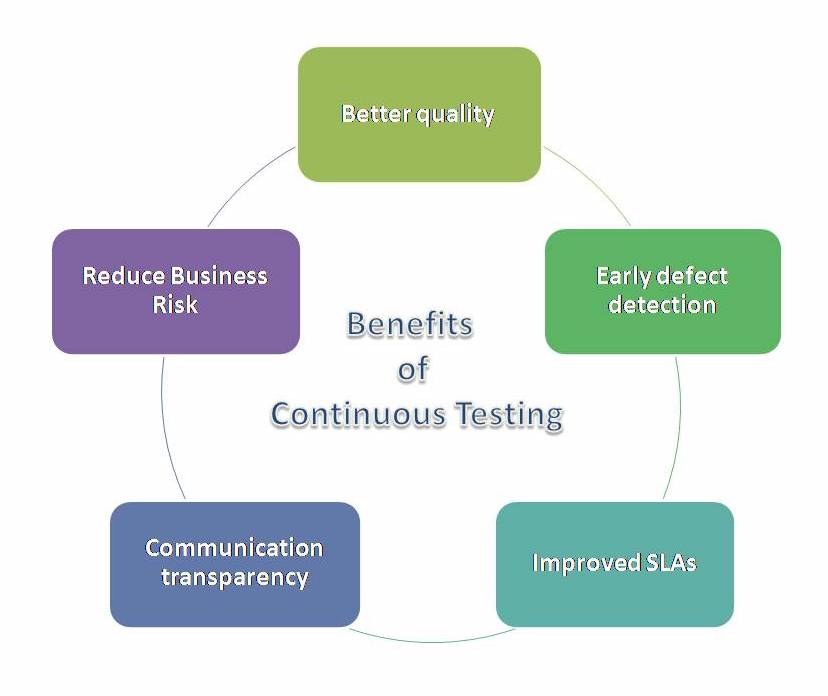 Teams run various tests throughout the entire continuous integration and continuous delivery process, yet testing remains a bottleneck in the software development lifecycle. As teams begin to embrace continuous testing, they may encounter hurdles that will need to be tackled to ensure successful implementation of a CT methodology.

Locating and managing the right test data already takes you half-way. Various surveys have spotted that most of the testing time is spent on managing test data because accurate testing of new functionality requires valid test data for each run.

The number of tests to perform is yet another invisible challenge, as it’s often not a primary focus for teams. The extensive goal of continuous testing is to integrate a seamless feedback mechanism, which can lag if there are too many tests running for hours simultaneously. Hence, test smarter!

The volume of output generated by testing has become mind-boggling with the adoption of CT, making it tough to analyze and difficult for both the development and operations teams to gain clear visibility of testing analytics. Analysis is needed to check that the output can be fed back through testing loops, which enables developers to seamlessly observe user response.

Not having access to the right environment and services could be yet another obstacle while implementing continuous testing, for which service virtualizations could be a helping hand. Using service virtualization, developers can simulate interaction with missing dependencies. This can ensure consistent performance across the test runs.

At times, organizations realize that continuous testing can be tough as their infrastructure may not be scalable enough to adapt to uninterrupted testing. Focusing on business priorities and parallelizing tests with various application release automation (ARA) tools can help address this challenge.

Along with Agile and DevOps, continuous testing drives organizations to deliver quality software as quickly as possible, but it has its own set of roadblocks to cross over before achieving the victory point.

Test Automation in the SDLC

In this competitive world, consumers are often waiting impatiently for the newest products but still expect them to be the highest quality. Meeting high market demands and user expectations creates a sense of urgency for development teams, whom work to shorten release cycles, in part, to meet the dynamic needs of their customers. Making this possible is the keystone of the SDLC — automation.

Agile methodology has long been integrated into software development and while automation continues to dominate today, you just can’t say, “automate everything.” Automating a process should ensure time reduction, cost cutting, accuracy, and quality. As a key part of a healthy, mature CI/CD pipeline, automated testing should uphold those principles just the same. So how can development teams integrate automation in their continuous testing efforts?

Types of Tests to Automate

Automation should kick start right from the design stage. Though test design widely remains a manual activity, automation can eliminate much of the effort required in areas such as functional testing, and it enhances overall testing quality. Test automation helps assure application quality and reduces the cost of production bugs. Also prime for automation are unit tests, for which an application is broken down into tiny, testable parts to identify bugs at an earlier stage in the SDLC.

The vital part of DevOps — regression testing — is one of the best candidates for automation for the sheer fact that managing manual regression tests for each new feature takes up an extensive amount of time. Automating regression tests is vital for faster feedback and quicker verification of new bugs that were raised due to recent change of functions.

Though there are differences of opinions about what to automate versus not automate in continuous testing, eliminating any level of manual effort will help increase the efficiency of the continuous testing process. The test pyramid below offers some hints for test automation. The split of layers is based on Return On Investment (ROI) proposed by automating each of them. 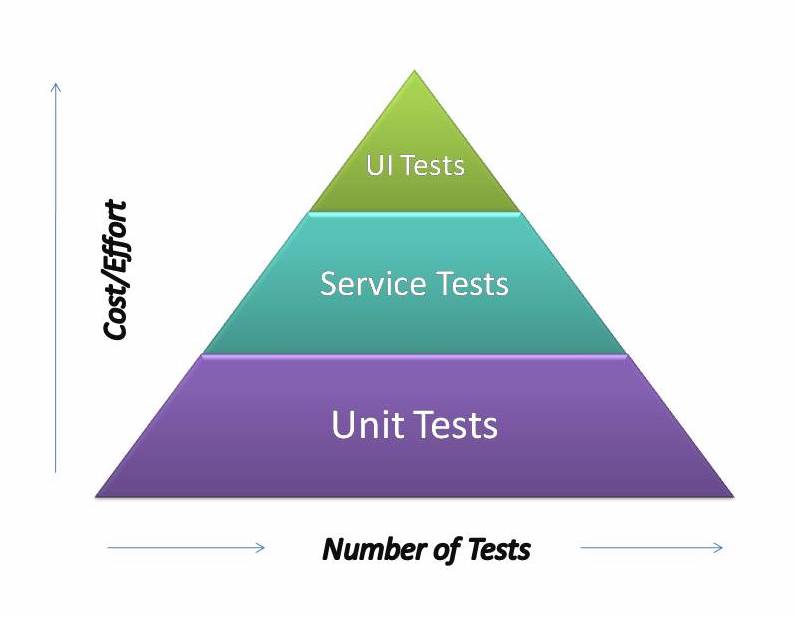 Automation is everywhere — many things now come with the click of a button. Test automation, in particular, should be prioritized followed by automating Development, which is considered the most significant part of the SDLC. This empowers developers, as they can spend less time reworking code, enabling them to concentrate more on high-quality, efficient deliveries that generate expected business value.

Some common areas where automation can be evaded are those that handle lower volumes of data, need less human interaction, and have less direct impact on ROI. Remember, automation in a wrong direction never allows you to progress.

Continuous Testing: A Journey, Not a Destination

In the end, every organization wants their application to stand out as the top in the market to attract and retain more satisfied customers. Continuous testing performs well in this regard and also helps teams catch critical bugs with test cases that involve real-world use. Though developers may feel that manual tests are more effective for some efforts, integrating automation in continuous testing continues to improve processes and build trust with more developers.

Today’s digital world necessitates faster delivery without compromising on quality. While continuous testing will endure time, artificial intelligence will also progress and help address the vivacious needs of the user. From continuous testing to “Digital Testing,” let’s thrive together to adapt to the accelerating rates of change.