At Plantronics, we have taken our mission from building the best in class industry enterprise headsets to a relentless mission of providing insights for improving audio communications. The data we collect from headsets are aggregated in our cloud SaaS offering Plantronics Manager Pro. We also expose the data via APIs (Please refer links below), which help our partners, MSPs, and customers to innovate and customize their tailored use cases with solutions, apps, etc.

Our APIs are of two categories (like most APIs):

The diagram above shows the command control for setting up basic authorization of real-time data flow between PubNub, Plantronics Cloud, and a partner application. For basics on starting a real-time stream with Plantronics APIs, please look here.

2. As part of SUCCESS/201 response, the app gets PubNub subscription metadata (which pub/sub channel, keyset, etc). Now, the app is ready to subscribe to interested real-time events.

The topology is designed to subscribe to Pubnub cloud

Now, with the background of the overall use case and workflow of setting up real-time streaming for 3rd party apps, we can get to the description of challenges that this article tries to provide an architectural pattern for.

This article focusses on business logic state management and not times series data aggregation state, which lots of articles deal with. With the use case description above, tenants can be subscribed and unsubscribed using APIs. A 3party app might subscribe and unsubscribe interested streams. Tenants can come and go. An application might reach the end of life. So, how do you update the cached state on Storm spouts/bolts? I researched many options based on our requirement. Having a direct, very low latency DB access is not a requirement here since this will be a periodic update of cache on when to start/stop reading some tenants, publish to apps, etc. Also, the real-time path should not be affected while processing events due to DB read/writes. 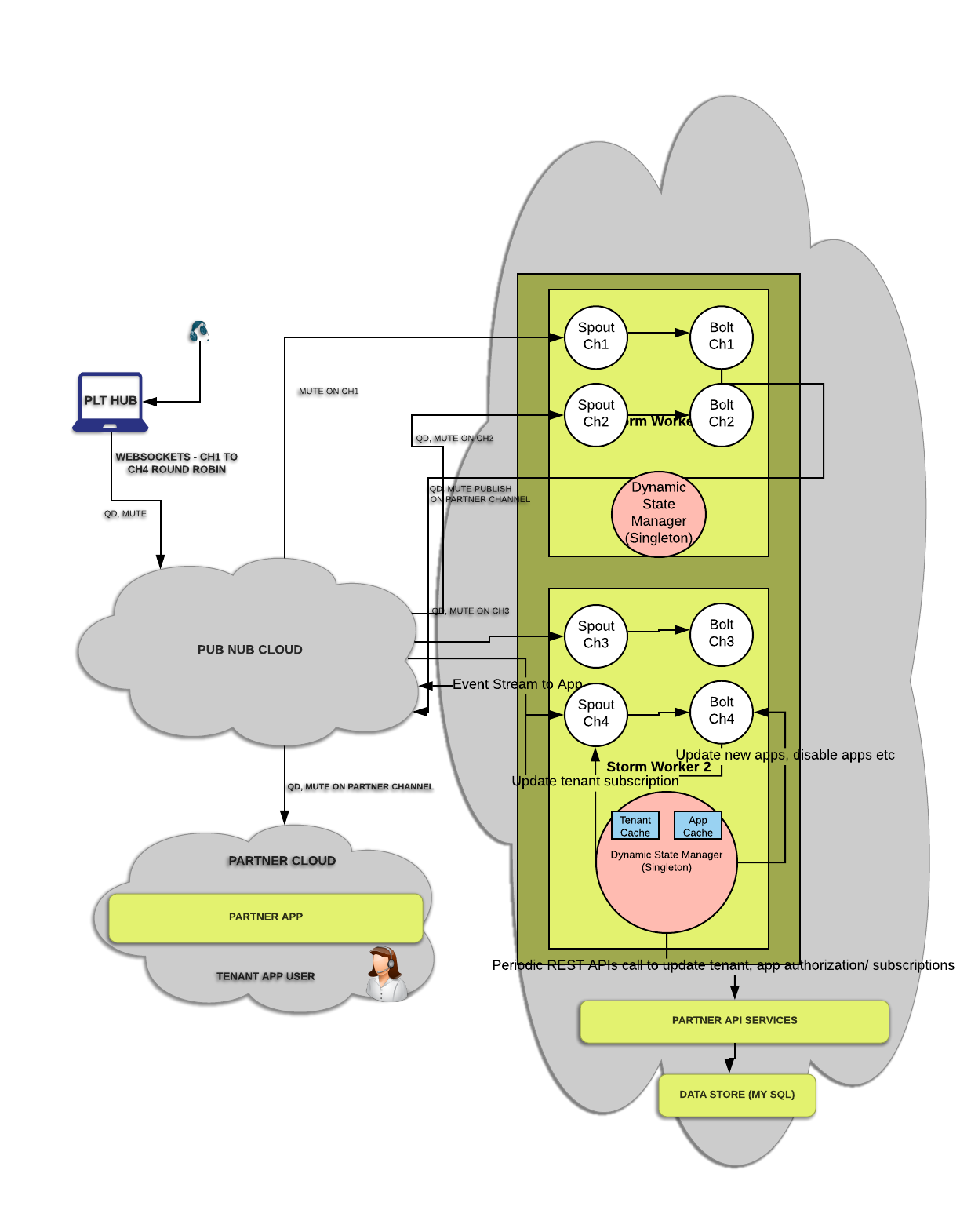 The above diagram illustrates the state management we zeroed in on, which has worked well for us. The following component descriptions explain the ideas and flow.

The above patterns have some advantages: