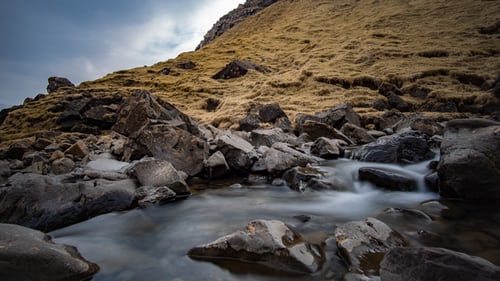 You can read part 1 here.

In this post, I will improve upon the example shared in the previous post. We will also try to see a few details of Flink’s tumbling time window.

The example I used in the previous post uses a tumbling window. It is an intuitive way to start with, where it collects all the data in a given window and ensures data do not overlap.

Carrying on from the example used in the previous post, I updated class IntegerSum to use a 10-second TumblingWindow interval, added few log statements to print current local time to know when ctx.collect(),  apply(), and addSink() are called. Inside the apply() method, I am using AllWindowFunction, which, as per the Flink doc, is called once all the data has been collected for this time window. Finally, I edited the variable "sleepTimer" so that only 2 integers are generated per second from IntegerSourceFunction.

The following figure shows the eclipse console output with the log statements.

Points to note from the above output:

As per the Flink Java doc,

reduce method = “…This window will try and incrementally aggregate data as much as the window policies permit. For example, tumbling time windows can aggregate the data, meaning that only one element per key is stored”

ReduceFunction interface = “…combine groups of elements to a single value, by taking always two elements and combining them into one”

Fair enough, let's try this out. I created a new class IntegerSumWithReduce and replaced the apply() method with reduce(), as follows:

Logic is still the same (sum of integers), but the good part is that now Flink can compute incrementally and doesn’t need to buffer all data first.

The following figure shows the output from the eclipse console

Note: As expected, both methods will take the same time for the tumbling window (sink will be called after 10 seconds). Computation is incremental, and limited data is stored in the buffer as compared to apply(AllWindowFunction).

Stepping up a little now, in many real-world use cases, some sort of key is used to partition the data into multiple data streams. This pattern not only helps in faster computation but also distributes the data according to its property. As expected, Flink supports the keyed data stream and it is super easy to start with.

Assume we have a key (or any id) per stream of integers and now want to compute the sum for each key. For this example, I am using a new IntegerSourceWithKeyclass that emits both the key and the integer. We can either send this key and value as a Flink TupleXX class where XX is any number between 2 and 25 (Tuple2, Tuple3 … Tuple25), or we can use a POJO and a getter method to tell Flink where to look for the key.

Below is the IntegerGeneratorSourceWithKey::run(), which implements SourceFunction>. Also, defined 3 ids, which will be used in a round-robin fashion along with each integer generated. Each record sent to stream is an instance of  Tuple2, with id being the first member and the data second.

IntegerSumWithKey is the class that is going to compute the sum from integers generated from IntegerGeneratorSourceWithKey.

Note: There are no reduce(), apply(), or addSink() methods in this class. Hats off to the Flink team for providing a simple API for developers to run locally and easily test the result.

Here,  keyBy(0) will let the data stream know that it will find a key at the first index of the data for partition. The time window is set to 10 seconds, after which it will sum(1) the values present at index 1 of data, and finally print()to stdout.

The following example uses Java POJO instead of Flink Tuple to achieve the same result.

I believe we now have good examples to get started with Flink. In the next few posts, I will take a real-world use case and walk you through various steps to analyze streaming data.