Recently, I came across the following question on a forum:

How many String objects are created here? One or Two?

I was curious how others answered it, knowing that this is a tricky question, particularly if one is not aware of how the String class works in Java. So, I dived into the comment section.

The correct answer is that 'it depends'. The question is not explicit enough and it leaves room for debate. I would reformulate it in the following way:

Hopefully, the uncertainty vanished as soon as I checked out the memory dump of a program with a statement like in the example above. 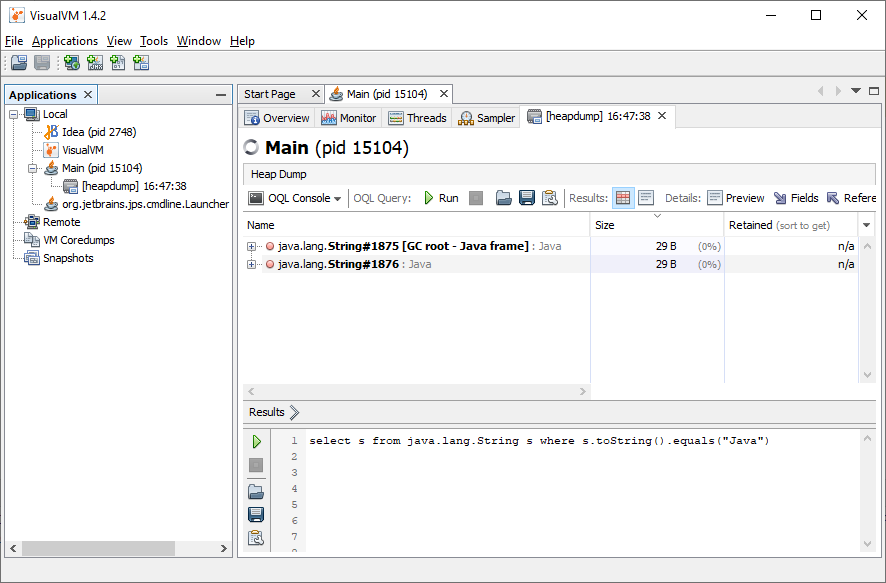 Fig. 1 Amount of "Java" String objects in the heap memory

The memory dump of this program reveals the existence of two String objects with the same content. This proves that invoking the constructor of the class String and passing as argument a String literal results in two objects added to the heap memory, one in normal (non-pool) memory, and another in the String Constant Pool (SCP), a memory area which is also part of the heap. The tricky part is when they will be added.

The invocation of the constructor always results in a new object placed in the non-pool area. But the argument of the constructor which is a string literal is an object as well and it is created and stored in SCP during class loading, provided that the string pool doesn’t contain a string with the same content.

According to the Java Language Specification, “string literals - or, more generally, strings that are the values of constant expressions (§15.28) - are "interned" so as to share unique instances, using the method String.intern.”

Since the string “Java” is literal and therefore represents the value of a constant expression, it is pooled.

To make it even more obvious, let’s rewrite the statement presented at the beginning as follows:

Now, let’s go back to the main question. Will the following statement create one or two String objects:

To answer that and eliminate any suspicion, let’s look at the bytecode of the main method:

On line 6, you can see the LDC (Load Constant) command. It loads an item from the String Constant Pool into the stack. This means that at the time the constructor was called, the “Java” literal, which is also an object, had already been added to the pool. This happened during class loading.

So, the invocation of the String class constructor with a string literal creates only one object and places it in the non-pool memory area. This analysis has been performed using Oracle JDK 8u271 and OpenJDK 11.0.8.