Last time, I talked about Python’s boolean operators and  and or  and what can be confusing about them when “truthy” objects get into the mix. If you haven’t already read it, I would highly recommend it. This article is similar, but looks into something just a little different: the ability to string comparison operators. 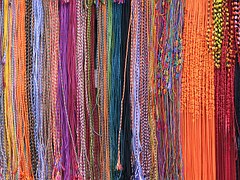 Just like last time, we’ll start off looking at some code that confused someone enough to ask the community about it:

At a cursory glance, there seems to be something wrong with that it would come up with such a result. But this is caused by a feature of Python that is actually really awesome: the ability to string comparison operators.

This awesome feature of Python that helps us keeps our code more concise allows us to turn this code:

Into this much more readable code:

Python actually allows you to do this type of thing indefinitely:

Which gets expanded to:

Except that it’s optimized so that each variable only needs to be looked up once.

So, let’s go back to the code example:

Gets effectively expanded to:

To get the effect that we actually were expecting, we need only to wrap the first part in parenthesis:

Some of you may have learned about this cool feature in Python just now, or you may be like me and forgot about it until this brought it up. You may also have already known about it, but I doubt that you were able to figure out the starting code example right away. The feature is great, and can help us express conditions in a clean way that we learned back in elementary or middle school, but you’ve also seen that it can be confusing.

Just keep this feature in the back of your mind when writing conditionals and make sure you keep it doing what you want it to do. When in doubt, paren’ it out!