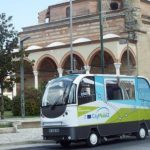 It's commonly thought that autonomous vehicles will be beneficial to the environment, due in large part to their more efficient driving style. A recent study from the University of Michigan suggests things might not be so straightforward, and that the sensors and computers required to operate the vehicle will add significantly to the energy use and greenhouse gas emissions of the car.

Despite this however, the researchers believe that the driving efficiencies are enough to still produce overall savings of around 9% compared to vehicles operating today.

"Our findings highlight the need to focus on energy efficiency when designing autonomous vehicles so that the full environmental benefits of this emerging, transformative technology can be realized. We hope this work contributes to a more sustainable mobility ecosystem," the authors say.

The study examines the full lifetime environmental costs of the sensing and computing systems in autonomous vehicles. The authors examined autonomous vehicles powered both by traditional internal combustion engines and battery-power. When small, medium, and large digital subsystems were added, it created six distinct scenarios, with each assessed for the lifetime energy usage.

The analysis produced some interesting insights. For instance, it emerged that autonomous vehicles with electric powertrains could be 40% greener than traditional internal-combustion vehicles.

"We've shown in this paper that a battery-electric vehicle is a better platform for CAV components compared to the internal-combustion engine vehicle in terms of minimizing environmental impacts," the authors say.

The sensors and computing systems in autonomous vehicles can reduce the energy efficiency by up to 20%, largely due to increases in power consumption, weight and aerodynamic drag. This is likely to be outweighed by the benefits however, particularly in more efficient traffic flow.

One of the biggest energy culprits is the wireless data transmission system that powers the navigation systems onboard the vehicle, with the cost especially high as the resolution of the maps increases. Likewise, the computing systems aboard most autonomous vehicles can consume up to 80% of the extra power.

Suffice to say, this isn't the first study to examine this issue. For instance, a couple of years ago a team from Leeds University that examined the environmental aspects of driverless technology.

One of the key benefits of driverless technology is the greater energy efficiency proposed by the improved traffic flow possible. The authors suggest, however, that when we can do so much more whilst on the move, it will encourage us to use our cars much more than we currently do.

"There is no doubt that vehicle automation offers several efficiency benefits, but if you can work, relax and even hold a meeting in your car that changes how you use it," the authors say.

Will We Be More Productive?

Another study, from researchers at the University of Michigan, has examined this productivity angle in more detail. Just as with the Leeds study, the outlook may not be as straightforward as we imagine.

"Currently, in the U.S., the average occupant of a light-duty vehicle spends about an hour a day traveling — time that could potentially be put to more productive use," the authors say. "Indeed, increased productivity is one of the expected benefits of self-driving vehicles."

The report suggests that for many of us, however, this productivity gain may be illusory. Indeed, the report suggests for roughly one in three of us, we'd be so scared about having the car drive itself we wouldn't let our eyes leave the road. A further 23% revealed that they wouldn't want to set foot in them in the first place.

It went on to suggest that the time saving may be minimal, as the average journey is 19 minutes, thus leaving minimal time to be really absorbed in a task. Respondents revealed, however, that their most likely task would be reading or communicating with friends and family.