Join For Free
Android Action Bar is a well established UI pattern on Android phone UI design. It is the single most powerful visual tool to make an app look like an Android app.
In their tablet version of the Android OS Google decided to support the pattern on API level. In Honeycomb implementing a standard looking Action Bar is easier than ever before.
Pattern card
Problem
Most important app functionality should always be easily accessible by users. Apps on a single platform should be internally consistent how they approach main level navigation and important actions.
Solution

Actions
Of course the main function of Action Bar is to provide the context sensitive actions that users might need the most on each screen.

Navigation
The Action Bar API provides an easy way to incorporate navigation tabs directly to the Action Bar. The tabs are visually separated from other action bar items and are consistent throughout Android apps.

For some reason Zinio app uses action bar buttons for navigation tasks. Buttons "date" and "title" sort the magazines. "Edit" button on the other hand takes you to magazine deletion mode which I think is unnecessary in itself. A long press menu would be better. The shopping basket icon takes user to the online store. I think they should have used tabs instead. Or at least separate between these two different classes of actions.

Others use a search icon that allows user to bring the search field front. 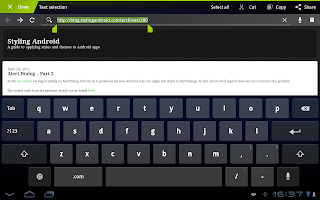 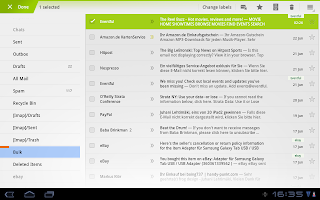 Overflow menu
Because Honeycomb devices don't have the menu button anymore the action bar takes over from the menu button too. Actions that are not frequently used or don't fit on the Action Bar are accessed through the right side menu button. 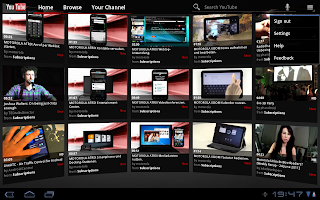 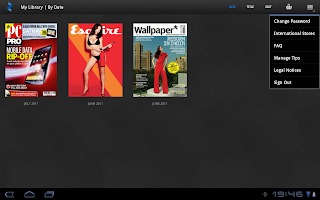 The action bar is visible on all screens and is therefore a great tool for branding the app. The app logo is located on the left and should provide a direct path to the app home screen or in some cases a step back in the activity stack (in which case indicate that with an arrow icon). 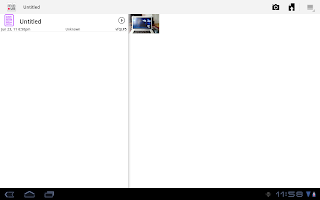 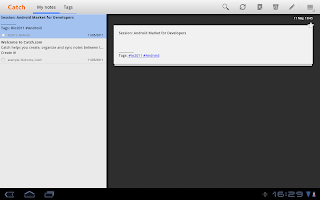 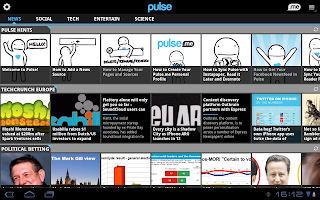 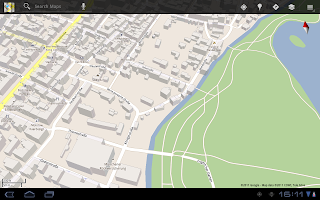 Implementing Action Bar for tablets
Action Bar is supported on API level in Android 3.0+. That makes the implementation very simple.

If you're planning to support both phones and tablets (which you should!) I recommend you take a look at the excellent ActionBarSherlock project. The project can help you to get it right on both versions of Android.


Don't just use phone Action Bar
Just in case someone is wondering why it is recommended not to use the same Action Bar that is used on phones here are two screenshots from apps that have not yet released support for Honeycomb.

For some reason folks at evernote have decided not to use Android Action Bar in their tablet app. The self implemented top bar makes the app immediately not look like it belongs in Honeycomb. This is still a preview though. I have high hopes that they will change that before final release. Evernote has consistently been one of the apps I use as an example of the best implementations of Android UI patterns. 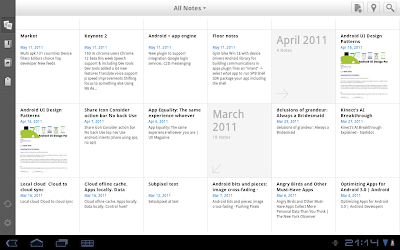