In Nebula Graph, there are some long-running tasks in the background, which are named jobs. Some DBA commands at the storage layer fall into this category. For example, the global compaction operation after importing data is regarded as a job.

Since Nebula Graph is a distributed system, jobs are handled by different storage services. We call the sub-job running on a single storage service a task.

In this post, we will explain how to improve database performance by optimizing the management and schedule of the long-running tasks.

The Problems Task Manager Is Trying to Solve

In Nebula Graph, Task Manager is expected to solve the following two problems:

The Overall Workflow of Task Manager 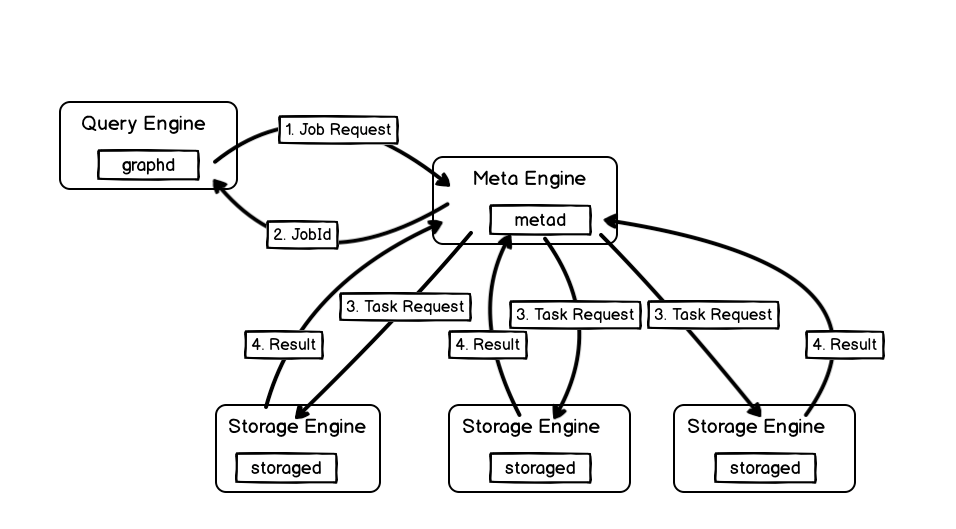 Seen from the chart above, for different jobs, the steps in the meta service such as receiving job requests, composing and sending tasks and receiving responses from the storage engine are the same. However, how to compose a task and which storaged to send them to vary.

The Job Manager allows the future expansions with the template method and simple factory. 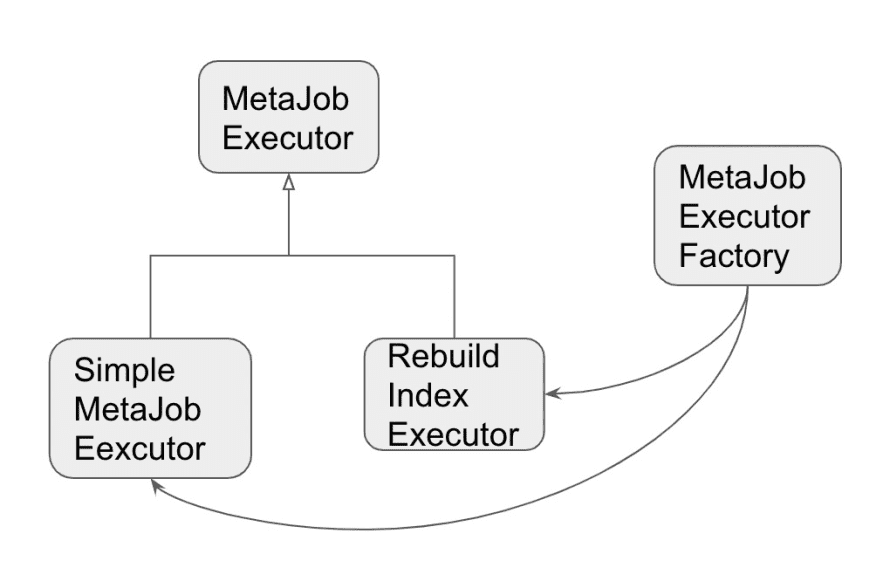 We accomplish this simply by making the future jobs inherit from the MetaJobExecutor and implementing the prepare() and execute() methods. 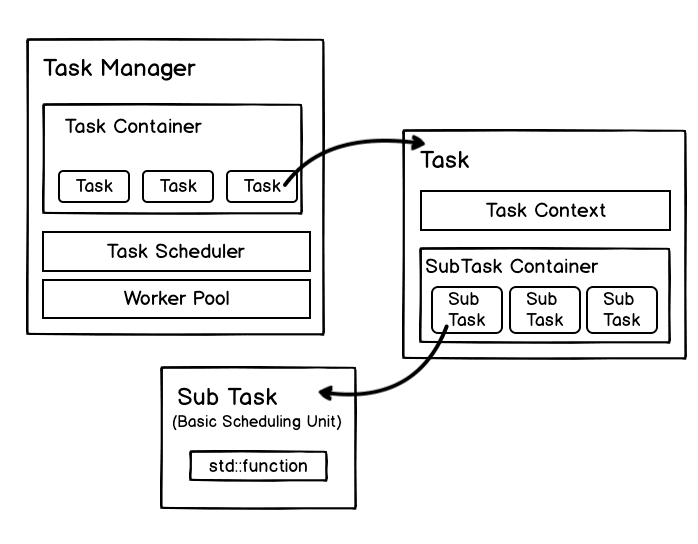 As mentioned above, the goals of Task Manager scheduling are:

Task Manager defines the processes it holds as worker.

You can think of the bushiness hall of a bank as a real-life example. The steps you go through when going to the bank:

Meanwhile, you may encounter the following problems:

Based on the above scenario, we can extract the essential requirements for the Task Manager design:

Based on the above requirements, we have come to the following design thinking for the Task Manager:

Executing Tasks within a Resource Threshold

It is easy to ensure that the threshold is not exceeded because the Worker is a thread. Simply ensure that all the workers come from the same thread pool.

However, how to evenly distribute the sub tasks to the Worker is a bit tricky. Here are some alternative solutions:

Solution One: Add tasks by Round-robin

The simplest way to add tasks following the Round-robin rule. The task is split into sub tasks and added to each Worker one by one.

But there may be some problems here. For example, when there are three Workers, two Tasks (blue for Task 1, yellow for Task 2):

If the sub tasks of Task 2 execute much faster that those of Task 1, the following parallel strategy will be better: 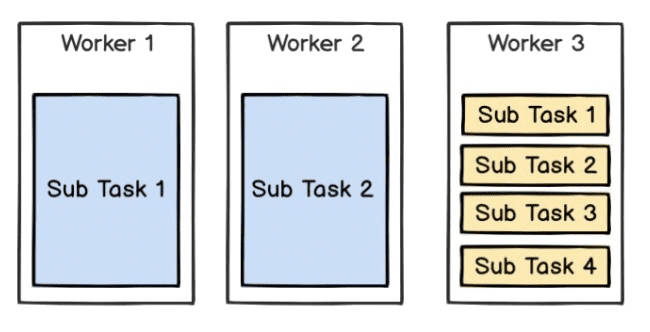 Solution Two: Handling One Task With a Group of Workers

To address problems in Solution One, we can set a special Worker to handle certain Tasks, so as to avoid the interdependency among multiple tasks.

But the performance is not good enough. Consider the following example:

It’s hard to ensure the execution time of each sub task is basically the same. Assuming Sub Task 1 executes significantly slower than other sub tasks, then the following execution strategy will be a good one:

But such strategy can’t avoid the fact that when one core is in trouble, other cores can do nothing, either.

Solution Three: What we have actually introduced in Nebula Graph

Each Task maintains a Blocking Queue (the Sub Task Queue in the following figure) to store the sub tasks. When the Worker is executed, it will first find the Task according to the Handle it holds, then obtain the sub tasks from the Block Queue of the Task.

Frequently Asked Questions About the Design

1. Why not put the Task directly into the Blocking Queue, but split it to two parts, store it to the Map, and make the Task Handle wait in the queue?

2. What kind of jobs enjoy the VIP priority?

The compaction / rebuild index currently supported by the Task Manager is not sensitive to the execution time. But it supports queries like count() in development. Considering that users expect count() is done in a relative short time, when storaged is operating multiple compactions, we hope the count(*) runs first instead of running after all the compactions are finished.

Here comes to the end of Nebula Graph Task Manager introduction. If you encounter any problems when using the Task Manager, please let us know by leaving comments on our forum or GitHub.