Tobias Mayer led a fun and effective session (Agile Playground) at DeepAgile where we played games for building team and collaboration.

Movers and Shapers for team dynamics 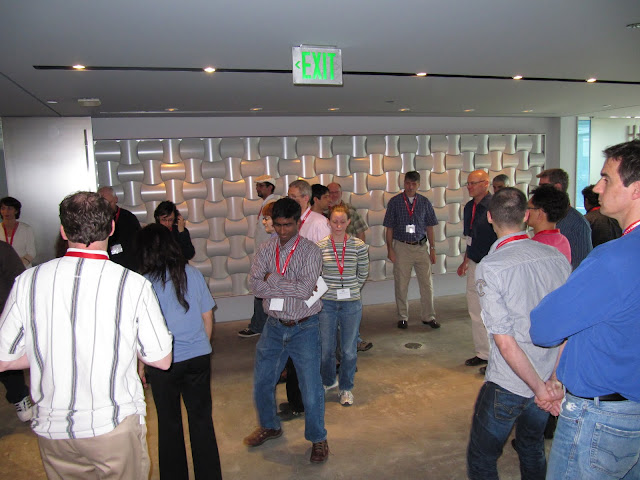 I first played this game with Tobias at Agile 2009 and found it very powerful for teaching the impact of our behaviours on team dynamics. There are three rounds of simulation with different focus on how to interact with others. A detailed write-up of the game is on Tobias’s blog. Very handy for shifting thinking and focus to team behaviour.

Hypnotizing Hypnotist for pairing and collaboration

This is a very cool exercise to provide participants a sense of directing, following and collaborating. The group is formed into pairs. One person is the hypnotist and guides the other person with their hand. The hypnotizee’s job is to keep their face 1 foot from the hand of the hypnotizer (see Tobias hypnotizing on left). Debrief. Roles are reversed. Debrief.

Now it gets really fun. In the next stage, pairs hypnotize each other at the same time (see Lyssa and Tobias on right). This generates some laughs and interesting behaviours. I think we also ran it with one half of the room at a time so we could see what was happening. Remember to applaud.

There was other really cool stuff I am skipping over:

(This is part of a series on DeepAgile 2010 Games Weekend).