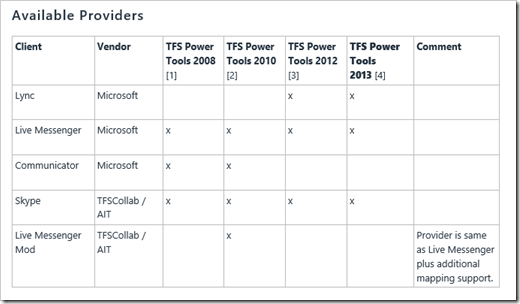 Cool tool, with source, that shows how you can extended Team Explorer, adding communication providers. That said, given the upcoming Skype COM'pocalypse I have to wonder at the long term viability of this...