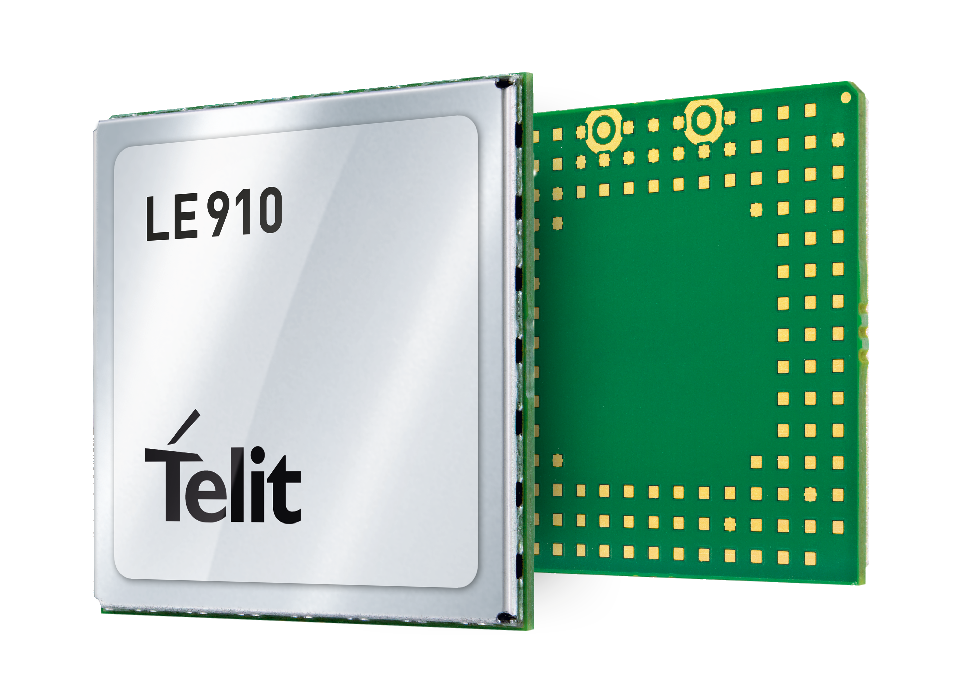 Today, Jan. 18th, Telit, a worldwide enabler of the Internet of Things, announced four new LTE IoT modules in the category 1 (CAT-1) standard. Known as the LE910 series, these new modules include three North American (LE866-SV1, LE910-SV1, LE910-NA1) and one European variation (LE910-EU1). All four utilize existing LTE technology in accordance with carriers’ plans to support the CAT-1 standard within their markets. Production designs based on these modules can be easily migrated to CAT-0/M as soon as that standard becomes available and is certified by operators. Commercial availability of the CAT-1 modules are planned for early 2016, coordinating with the release of CAT-1 service by carriers.

Three of the new CAT-1 LTE IoT modules will be available in the popular xE910 form factor, Telit’s most versatile and comprehensive product family, and the other in the xE866 which also includes 2 and 3G drop-in compatible variants. All modules have been developed on the company’s tradition of providing broad pin-to-pin compatibility between IoT modules. The xE910 family is the only uniform form factor in the market to include the full range of cellular technologies (GPRS, UMTS, HSPA, CDMA, and LTE CAT-x) in a wide variety of regional band configurations and operator certifications. Adding CAT-1 to the xE910 family roadmap paves the way for developers and integrators to leverage not only the standard’s current capabilities but also the evolution of technologies that enhance LTE communication such as MTC, IPv6, and VoLTE (Voice-Over-LTE, for the LE910 only).

“The wait is over for large scale adoption of LTE for IoT. North American MNOs have taken a leadership role rolling out CAT-1 with Europe right in sequence and Telit will be ready when they launch CAT-1 LTE service for IoT. As the industry leader with the widest portfolio in IoT modules including LTE sub-compact and ultra-compact form factors plus data cards such as the new M.2 standard, developers and integrators continue to benefit from the industry’s longest history of customer partnership and reliability in pure play-M2M/IoT. Telit is uniquely positioned in the market to help our customers react quickly to opportunities, leverage their designs, and expand into other regions with a simple drop in replacement module from the same family.  And now with CAT-1 fully compatible with the next generation IoT modules for CAT-0/M there is no reason for developers to continue waiting. Design now, deploy the efficient CAT-1 solution, and update to CAT-0/M later without redevelopment or retooling,” said Felix Marchal, Chief Product Officer, Telit.

Engineered to exceed a wide range of application requirements, the Telit CAT-1 LTE IoT modules are easy to pair with a Telit GNSS module for an out-of-the-box position-aware IoT solution for tracking, navigation, and surveillance. Backed by Telit’s best-in-class products, services, and global support options, the CAT-1 LTE IoT modules add permanence to existing 4G deployments while providing new users a well-supported experience in the expanding IoT marketspace. The new series reaffirms Telit’s commitment to removing any risk, complexity, and cost barriers in the way of sustainable IoT adoption.

Perhaps the biggest perk of utilizing CAT-1 LTE in regards to IoT is how current consumption, and thus battery power, is significantly reduced. While it provides a much lower data rate than other LTE categories, often only drawing in short bursts dependent upon the requirements of the specific device, this type of low-level consumption is optimal for M2M communication where the need to conserve battery power overrides the need for exceptionally high speeds. Taking advantage of CAT-1 should help ease developer concerns about battery efficiency, allowing for better all-around performance.

Also noteworthy is how the CAT-1 is Cloud-ready for easy "Things-to-Apps" integration—featuring embedded APIs for quick integration with the Telit IoT Portal. The Telit IoT Portal connects "things" to "apps"—seamlessly integrating any devices, production assets, and remote sensors with web-based and mobile apps/enterprise systems. The developer-friendly Telit IoT Portal provides instant and full access to mature and comprehensive features with all the necessary tools and resources for any IoT project. The Telit IoT Platform offers extensive developer resources and support—a free trial can be accessed on www.telit.com/trydevicewise .

If you’re interested in Telit and developing for IoT, consider attending the upcoming conference next week, IoT Innovation, being held in Fort Lauderdale, Monday, January 25th. It’s collocated with IoT Evolution Expo, which will house various interesting IoT events and companies from January 25th-28th. So, start clearing your schedules, get your flip flops on, and prepare to be surrounded by lots of things embedded with connectivity. Trust me, it’ll be fun!