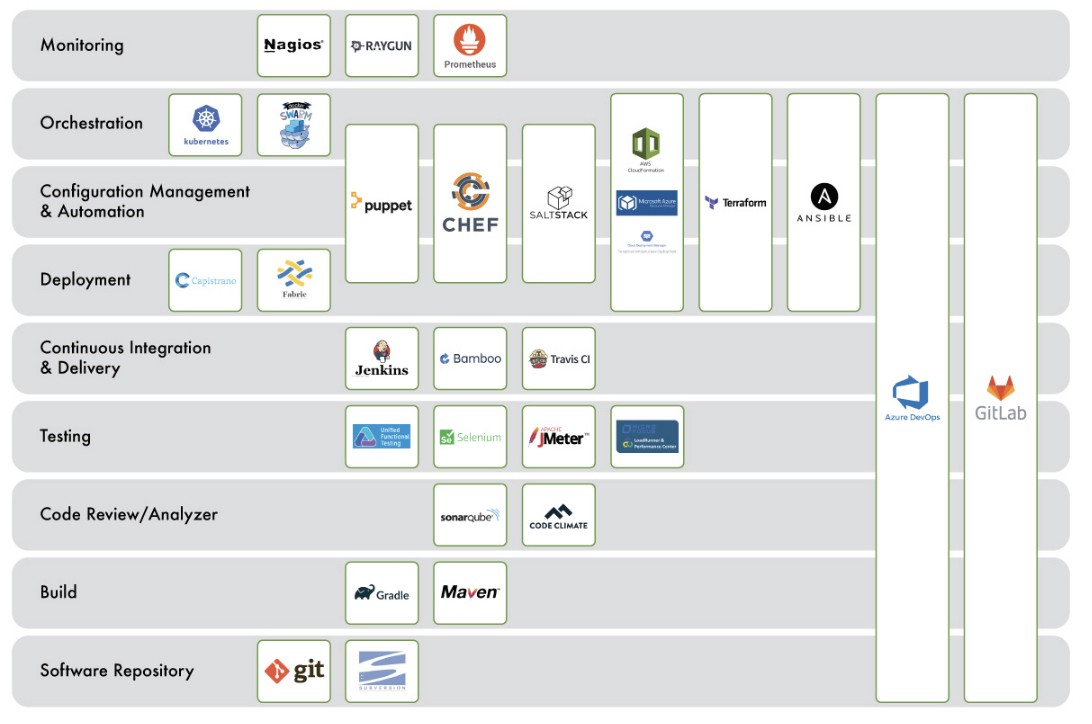 Last week, a few of my very senior colleagues and I were remarking about how many new DevOps tools are emerging and how it’s getting harder and harder every day to keep track of them and where they fit into the world. I asked several of them where these tools — Ansible, Terraform, Salt, Chef, Bamboo, CloudFormation — fit in. Why would I use one versus the other? Are they even the same thing? Am I missing a major player? I got back the same blank stares/questions that I had. So, I thought I would do some research, read, and try to make sense of it for all of us so we could classify products into categories or uses to which we are all familiar.

Before we start to talk about DevOps tools and categories, let’s take a step back and discuss a few basic (but often overloaded) terms and what they mean.

Virtual Machine – An emulation of a computer system running on a host computer; typically can be isolated from other operating systems in terms of CPU, memory, and disk usage. 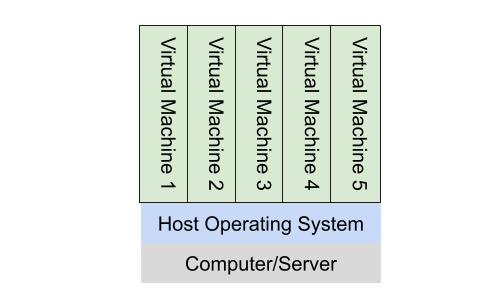 Containers – A packaging of software and all its dependencies so that it can run uniformly and consistently on any infrastructure. Docker containers are the most popular. They allow you to package up a bunch of stuff (your software, configurations, and other software) for easy deployment and shipping. You can think of containers as the next evolution of virtualization (after Virtual Machines). 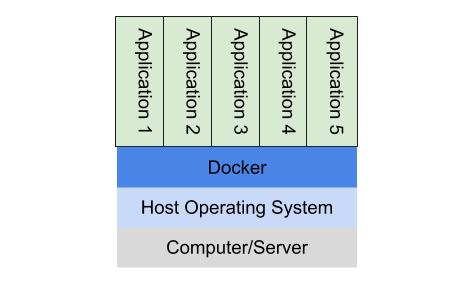 Network Device – A piece of hardware that routes network traffic between devices. Examples include routers, load balancers, and firewalls.

Software – Code that is written and runs on an operating system.

DevOps – Traditionally there was “development” (you build it), and there was “operations” (we will run it), and everything in between the two was subject to how a shop worked. Starting around 2010 and achieving near ubiquity around 2018, the DevOps idea is “a set of practices intended to reduce the time between committing a change to a system and the change being placed into normal production, while ensuring high quality.”

When you think about what goes into building and running a non-trivial system, there is actually a lot that goes into it. Here is a list of the traditional items to consider:

Before DevOps, we used to have four distinct teams doing this work:

For the configuring of the hardware, network devices, and software, each team likely would use their own set of scripts and tools and, in many cases, would do things manually to make a “software release” happen.

With the advent of DevOps, for me, the key idea was breaking down these walls and making everyone part of “one” team, bringing consistency to the way all things are configured, deployed, and managed.

Cloud – Defining the most overloaded term in the history of information technology is tough, but I like the t-shirt that says, “There is no cloud, it’s just someone else’s computer.” Initially, when the cloud services started they really were just someone else’s computer (or a VM running on their computer), or storage. Over time, they have evolved into this and many, many value-added services. The hardware has been mostly abstracted away; you can’t buy a hardware device in most cloud services these days, but you can buy a service provided by the hardware devices.

Infrastructure as Code (IAC) – A new ability or concept that allows us to define a complete setup of all the items in our data center including VMs, containers, and network devices through definition or configuration files. The idea is I can create some configurations and some scripts and run them using one of the tools we are about to discuss and they will automatically provision all of our services in the data center. CI/CD was a precursor to IAC, for years we have been working on automating our build/test/integration/deploy cycle, doing this with our cloud infrastructure was a natural extension to this. This brought about cost reduction, faster time to market, and less risk (of human error).

“With the advent of DevOps, for me the key idea was . . . making everyone part of ‘one’ team, bringing consistency to the way all things are configured, deployed and managed.”

So now that we have some basic vocabulary defined, let me get back to the task of attempting to categorize DevOps tools in a way that makes it easier for us to determine what can be used for what.

Of course, like any other set of products, the categories are not necessarily clean. Many tools cross categories and provide features from two or more categories. Below is my attempt to show most of the very popular tools and visualize where they fit in terms of these categories.

As you can see, there are several players like Ansible, Terraform, and the cloud tools (AWS, GCP, and Azure) that are trying to span the deployment, configuration management and orchestration categories with their offerings. The older toolset, Puppet, Chef, and SaltStack, are focused on configuration management and automation but have expanded into orchestration and deployment. There are also tools like GitLab and Azure DevOps that are trying to span nearly every category of DevOps.

I hope this overview helps you understand the basics of DevOps, the categories of tools available, and how the various products on the market today help in one or more of these categories.

Published at DZone with permission of Joel Nylund . See the original article here.