The experience shared below was based on the real cases of the experts in project management. Going through the stories can bring you valuable insights and if it helped, leaving comments will make us know how to improve the content!

About the Interviewee: Terry Woodward has been a Corporate Project Manager, a Director of Data Services, and a Development Manager for SOF Inc., with the total 30 years of Tech experiences.

This process combines some of the development methodologies of Agile development with real-time testing of the Sprint releases with paid advertising traffic.

One recent web build my team did was designed to generate leads for a high-ticket product and to provide membership support for the community that resulted from the sales.

To build out this project, we started with user stories and persona building but tested each of the assumptions with incremental runs of paid advertising. For example when the persona model suggested the prospects would enjoy an “active lifestyle,” ads were set up to single landing pages to test this messaging prior to building out the wireframe flows to support lead conversions.

The basic wireframe flows created by interviews with the sales people and marketing staff were tested by small budget runs of paid advertising with session capture technology installed to record the actual user sessions.

As the build continued to evolve, each functionality Sprint was published and then tested with small runs of paid advertising. The direct feedback provided by the engagement of the actual prospects of the system informed the next Sprints.

We found that this overall process gets to full launch with much less re-work needed and much better performance than a full buildout and a large marketing launch.

This process doesn’t ever stop (hence continuous integration) because each new business goal is tested with small ad traffic runs and subsequently implemented in a refinement and optimization cycle.

A side benefit of this process is that an audience is also being built and refined with the ad tests. this audience becomes more and more targeted as the project proceeds and becomes the audience used to scale the traffic for hard launches.

in addition, it becomes clearer what the ad costs will be for scaling which is a convenient budget planning feature.

From experience with this method it is surprising to observe how often we miss the mark with initial process design (even when having a great deal of experience).

It’s not a stretch to see that emerging artificial intelligence tools will begin to take on more and more of this style of project action and even the Agile methodology itself will be modified and extended to incorporate these new ways of building an emerging project.

The only casualty of this process is that it gets harder and harder to say, "There, the project is done!"

About the Interviewee: Carrie Leder Nunemaker is a project manager at Arkansas Supreme Court, who has more than 8 years of experiences as an IT project manager.

As a self-professed believer in the Waterfall methodology, I must admit I’ve had a hard time fully embracing Agile. Don’t get me wrong, I understand the benefits of Agile and I have even made attempts to utilize components of the Agile methodology to improve my project delivery.

Some of these components have stuck with me over time and become core components of how I manage project teams.

Since communication is one of those areas that should always be in mind for improvement, I strive to implement the communication practices used within Agile.

Teams who communicate well are more successful than those who do not, and I like success!

Using daily stand up meetings to communicate progress and roadblocks is a simple way to keep everyone well-informed and moving in the same direction.

I conduct this meeting even when on customer job sites. I travel with a suitcase-sized whiteboard and document to do any work-in-progress items for the team.

The visualization process is something most team members can appreciate, especially when not in their normal work environment.

It allows everyone to quickly see which tasks are actively being worked and which activities are next on their to-do list.

In a software customization project being done, the Product Owner and the core project team met daily in a war room with to do tasks listed on a large whiteboard. As the items were completed, we marked them off and celebrated successes.

This kept the team motivated and provided a visual for anyone interested in the project status. 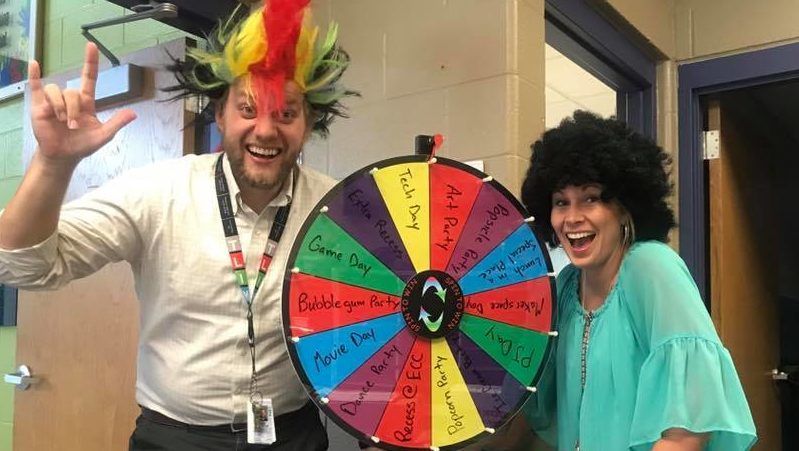 “Fun games or small celebrations after every items completed” is one of the keys to bringing motivation.

Another component of Agile that I have found beneficial is the constant reflection principle.

Agile encourages failure earlier in the process. If a product isn’t going to function as intended, the team should identify the defect early in the process thereby reducing the cost of re-work.

In an installation for a large school district, our team was deploying a system that created a failover to another campus in the event of a network outage at the main facility.

This system allowed the entire district to continue operations and communications which improved safety for students and faculty in the event of an emergency.

After completing approximately 40% of the work required to implement this solution, our lead programmer determined that the configuration was flawed.

His commitment to constant reflection suggested a situation that had not been accounted for in the design and could be impactful to functionality. After discussing with the network team at the school district, it was quickly determined this scenario did need to be addressed in the design requirements.

Continually reflecting on the work completed and the vision of the final product led us to this defect much earlier than would have occurred in a traditional approach.

This article was first published on Medium at Macaw Workflow Collection page.

Sharing is learning. “The happiest people are those who are contributing to the society.” — Ted Turner

Published at DZone with permission of Macaw Workflow. See the original article here.