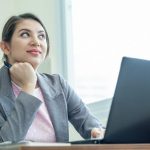 Innovation is inherently about the new and unknown. It's an attempt to do things differently to what came before. I've written a number of times about the fundamental challenges this presents, with history providing no shortage of examples to underline the fact that people tend to prefer familiarity to novelty.

Innovation is something most organizations claim to want; however, this presents an obstacle, as it's incredibly easy to dismiss new ideas out of hand. You could even argue that's our instinctive response. We look for problems with the proposal, reasons why it won't work and see insurmountable hurdles in the way.

If you look at it in terms of thinking "fast or slow," then it's very much a fast and intuitive response that many new ideas receive. It's our emotions rather than our rational brain talking.

Thinking Rather than Talking

Author Anthony Tjan advocates a process he refers to as 24 x 3 thinking. It goes a little something like this. Someone comes to you with their new idea, and you first wait 24 seconds before responding. If you master that, try and wait 24 minutes before responding next time, with the ultimate aim being to wait a full 24 hours before you respond with feedback on the new idea.

He believes that this breathing space allows you to rationally analyze the idea on its merits rather than rattling off a rapid, instinctive critique.

"Banishing our conscious and unconscious biases and adopting a mindset of openness expands, enriches and diversifies our point of view," Tjan says in his latest book, Good People.

This is often a challenge for leaders, however. Indeed, a recent study found that when people were given the tag of "leader," the other members of the team felt they talked a disproportionate amount during the tasks, with these discussions also rated as poorer in terms of openness towards different points of view. Added together, these contributed to poorer performance in the task overall.

In a world where leaders are often valued by their decisiveness and decision making prowess, pausing for thought is probably not a natural response to a new idea, but perhaps it is something you can try and feed into your habits to see what impact it has on the development of new ideas.