The Scrum framework thrives on empirical process control. The inspection of observable results gives us insights about what might be most valuable next, always acknowledging that the future is unwritten. Scrum events function best when employed in such a forward-looking mode. Inspection is pointless if not followed by adaptation. Thus, we shape the future in short, focused iterations.

This is the spirit through which we consider the future state of Scrum. Observing the past Scrum waves, we anticipate the next Scrum wave that is rising. We aim at surfing the wave. We shape the wave.

Agile started crossing the chasm as from 2005-2006, much enabled by the increasing popularity of Scrum. An Agile way of working through Scrum became an accepted way of creating and delivering products. In the subsequent first Scrum wave, many across the globe started discovering the benefits of Scrum, albeit predominantly from an IT perspective. Organizations moved away from endless sequential phases and gateways to begin exploring the advantages of iterative-incremental software delivery. The first Scrum wave was about adopting Scrum. This was the start of a journey. 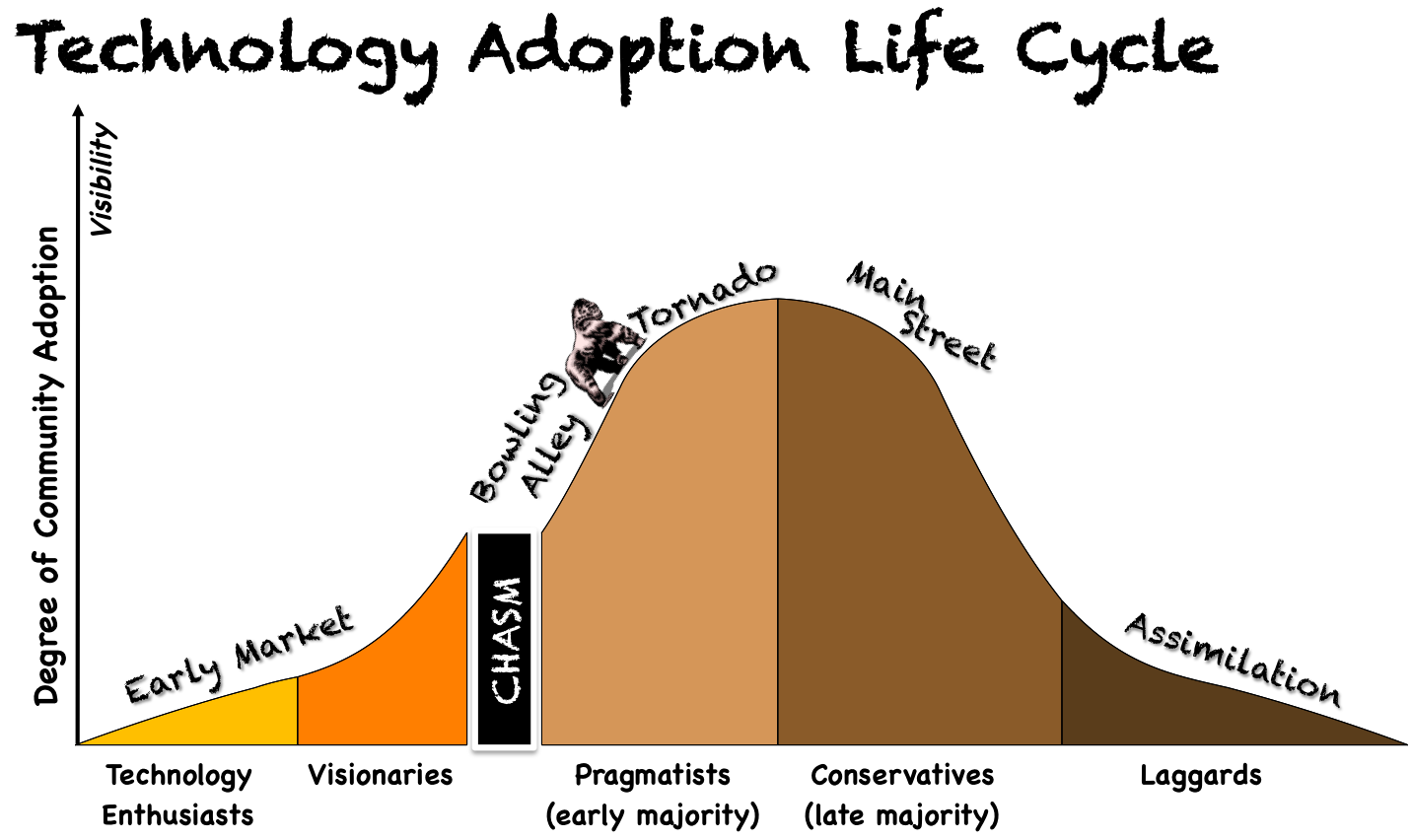 In the slipstream of the first Scrum wave sub-groups, derivative new movements and methods were invented, presented, and launched — and often disbanded again. Overall, scattering ruled, even with Scrum being the actual standard, even with the definition of Scrum being formalized in 2010 in the Scrum guide. A bowling alley of problems to be addressed was raised, a broad range of pins, including challenges that were presumed to be unaddressed and even to be unaddressable through Scrum. In 2010-2011, we saw a sudden desire from large organizations to transition to this Agile thing quickly. The tone for the second Scrum wave was set, a wave of diverging Scrum.

Now, let's look at 2016-2017. More people and organizations than ever are putting an end to hamster wheels, gasping for room to reflect, to improve, to innovate. Too often, still, however, the organizational waste, abuse, and impediments ruthlessly highlighted by Scrum are ignored. Rat races continue and Scrum is underused as a way out.

The third Scrum wave is fueled by the desire for rhythm, focus, and simplicity, the will to further humanize the workplace. Agile and Scrum are recognized as two inseparable ingredients for healthier and more humane ecosystems that deliver better products. The understanding keeps growing that creativity starts and ends with people, not with procedures, tools, or games.

People who are living the Scrum values are the catalysts to reimagining Scrum. Rays of convergence shine through the rage of the tornado. The third Scrum wave is about enacting Scrum, the well-defined and clearly stated framework that leaves plenty of room for variation, room for a diversity of strategies to employ.