The proliferation of APIs across all facets of life continued to explode in 2017. As we reflect on the past year, we have a few thoughts on where we see the API economy heading in 2018. [Before we jump in - see our past predictions for 2017].

Openness Is The Standard

Looking ahead to what is on the horizon for 2018, we see the accelerating momentum of being more open and transparent through APIs. There are a few different sectors where you can see this really mobilizing. The first is in financial systems, with the catalyst of PSD2 adoption. Europe leads in privacy laws and this open initiative is forcing large financial institutions to consider how they would openly connect to the public market with transparent and secure APIs.

"There have been more changes to the world of payments in the last 2 years than there has been change in the last 10 combined." - Oliver Jenkyn, EVP at Visa (Money2020)

Secondly, surprisingly enough, is healthcare. There has been a lot of shuffling not only at the policy level but also technically with new tools for people to integrate with. 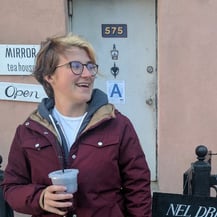 "For decades the healthcare integration space has been things like EDI and text transfer and really just terrible enterprise integrations. A more modern approach is to have real-time integrations to really have a user friendly workflow where user success is at the heart of the integrations rather than just the technical success in terms of time to launch or cost to implement or using these same old standards that really don't have a place in the modern API economy. I like FHIR because it's really an interesting example of a group of people trying to use hypermedia in a real-life context that you don't see very often." - Shelby Switzer - Head of Integrations at Healthify

The barrier to automation is now so low that nearly everyone creates and interacts with integrations. Consumers have been given home devices that connect to GPS, Payments, Weather, and Phone Contacts to automate personal routines. Those same expectations of connected, open data are being demanded in the workplace. Combined with the low to no code development platforms available, they now have the tools to do it themselves. 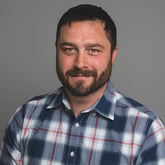 "Some of the biggest trends are to simplify, making it so not just developers can use an API and making it so everyone can understand what we are doing with our API. We are seeing a lot more non-technical people hook in, pull data, share data, and it's helping everybody automate and be more effective in their jobs. Automation is a big one, in both in the process of building APIs but also managing them in open source and tooling they use to support it." - Matt Bernier - Developer Experience Product Manager at SendGrid

Organizations are now being measured by how well they compete and collaborate within rapidly emerging digital ecosystems. This transformation has been dramatic, with entire industries being forced to break out of the walled gardens in which they have previously thrived. Openness has been mandated in many cases, and market forces are demanding openness in many others. Extending your product into a platform by integrating different data points not only delivers more value but also makes it more consumable for different customer sets by meeting them in the applications in which they live.

"Technology and product innovation helps companies achieve market leadership positions, but hyper-growth companies are created by delivering and deriving value from the ecosystem around them. Being able to integrate - not just "connect" - to your ecosystem enables a network effect around your business, and often uncovers new revenue opportunities." - Mark Geene, CEO and Co-Founder of Cloud Elements

Looking back over 2017 there was a recurring theme of security, particularly on technology that people take for granted. WannaCry, Equifax, Shadow Brokers, 200 million voter records exposed, every account in Yahoo, CloudFlare became Cloudbleed, and that day AWS S3 crashed the internet. As more of our data is created and shared, because it is inherently open, taking a security-driven design approach is rising. Creating a balance of access and authorization with not only the content but also the delivery. While FaceIDAuth hasn't replaced OAuth2, the advances in security need to be pushed across different areas of your technology stack and how consumers interact with those. We actually hope that 2018 is less surprising and more progressive in this aspect.

Webhooks allow for a more responsive and stateless communication between humans and the web. The orchestration of eventing is what gives rise to the automated simplification (above) that consumers demand. A triggered "Buy Now" button in 2018 is now an eventing workhorse. Let's charge a credit card, update accounting records, send an automated receipt, create a shipping label, start a customer email drip campaign, log a customer success ticket, and update a CRM all before you can even switch tabs. The volume of triggers is rising across applications, proportional to the depth of interactions between humans and the applications they spend their day in.