I'll admit it - I love any type of Apple launch, and although it didn't have the weight of their Autumn events, Monday was important in many ways.

You want it right? I always felt that the form factor of the iPhone5/5S was the perfect size. I have an iPhone 6 for over a year now and I still find it a little awkward. So a phone with the power of the 6S in this form factor is a dream come true. 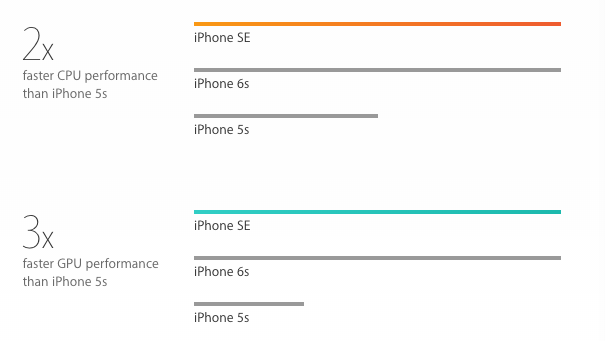 I think even Apple will be surprised by the sales this phone will generate.

From a developer point of view, it's refreshing to have a new device keeps a familiar screen size!

I updated to the new iOS straight away, because this Night Shift mode intrigued me. To those who missed it, it reduces the blue light emissions to prevent eye strain, and in theory that will help you sleep better. You can schedule it to switch on when you want. It definitely makes a difference, with the phone giving a warmer glow in the dark. Try it out!

There are a few other changes that will make people happy, like TouchID protection for the Notes app, but Night Shift it where it's at!

I think the iPad Pro is a good laptop replacement for a large portion of the population, developers excluded. The iPad Pro has always seemed like the ultimate in Apple's mission of simplicity. It's interesting to see the more portable 9.7 inch iPad Pro being released with improved display technology. True Tone adjusts the display to your surroundings, making it a little easier to use for reading at all times of the day - especially for those of us who get screen fatigue.

I still think that the iPad Pro has a lot of room for even more inventive apps with the Apple Pencil.

I love the new Apple TV. Seriously, it handles Airplay so much better than the previous version. More Siri interaction is welcome, and access to your iCloud photo library makes it even more useful - I'm not sure why this wasn't available sooner.

There are 5,000 Apple TV apps now available, which is a pretty decent number for a device released last Autumn. Like the iPad Pro, the TV has a lot of potential for app developers.

I'm not sure how many people rush out to get new Apple Watch bands when they get released? I'm pretty happy with the ones that were available when the Watch first went on sale.

What did you think of the event?