it’s been fun documenting some of the highlights of our journey.  as we last saw, aws set the standard for the way to consume services in the true cloud style. we were now aware of what would become the standard of measurement for a cloud architecture by the nist definition of features to define cloud computing:

these criteria meant that we should be able to consume our it at any time without human intervention. we should be able to access it from any device, through common protocols (aka http/s). we need to be accessing pooled resources in a way that is abstracted to the consumer. the cloud computing model requires elasticity where we can request resources and release resources back to the pool, also without human intervention. and finally, we need to provide measured service to understand rates of consumption for control and reporting.

the premise of on-premises

while the verbiage can be confusing, (see http://itsonpremises.com ) one thing is for sure. the industry was learning to love the cloud consumption model, but not so much love was there for having to pay every month for resources when we had massive data centers filled with hardware. this is where the on-premises cloud model became the next challenge. and a challenge it was.

in 2010, rackspace and nasa combined their compute (nebula) and object storage (rackspace cloud files), to create a combined, open source cloud platform with hopes of bringing it to the market to innovate both inside and outside. this has proven to be a positive move for the industry, as we now have the largest open cloud ecosystem continuing to thrive with a growing developer and customer ecosystem.

despite the recent successes, openstack has faced, and continues to face, challenges with adoption, deployment, and being fully embraced in the face of potential competition from the public cloud. the use-case was clear. we needed the ease-of-use of the cloud. the need for data sovereignty and other issues around workload localization created regulatory and technological challenges.

the cost of operating a private cloud is still difficult to quantify. this has also become the primary marketing and sales pitch for public cloud providers. “let us manage your iaas and you can worry about the apps” is a powerful statement. one that has propped up the public cloud industry, but also one that is less powerful in the face of growing ease of deployment for private cloud alternatives. 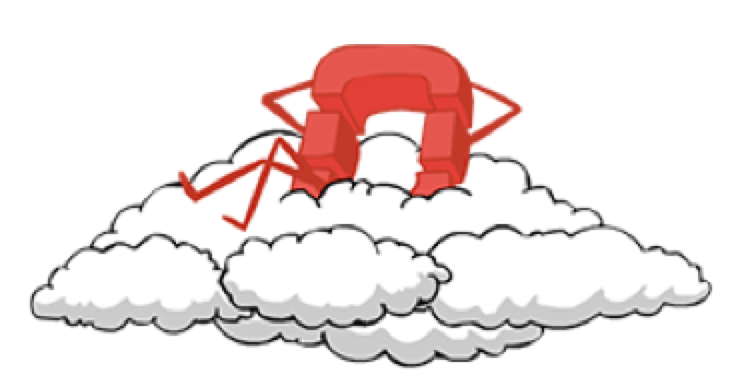 shortly before the release of openstack, we also saw the launch of cloud.com and what would come to be known as cloudstack. a mostly open platform (leaving 5% as proprietary for a business opportunity) and also a potentially viable competitor to openstack. as you may have guessed from most of the current data in the market, openstack ended up winning out on velocity and adoption. possibly because of the true openness of the platform.

next in our journey, we saw a parallel effort happening which would lead to the broad awareness of an ai push from many leaders in the it industry. while it seems like a big shift from the private cloud challenges, you will see in the end how this all comes together.

cloudstack continues to innovate and develop more features, but not at the rate that the openstack ecosystem has been able to deliver on. both will continue to grow. openstack has the head start and greatest velocity. but, what about the commercial alternatives? what happened there?

vcloud and the early microsoft private cloud hopes and challenges

vmware had put a decent thrust behind their commercial offering, vcloud director. the vcloud product line was meant to provide a plug-in to the existing vsphere environments that were clearly a market leader in the enterprise hypervisor space. the challenge was around complexity. it was also difficult to look at the effort and commercial cost when a similar effort could produce an open source cloud which has a much faster rate of innovation, and growing feature set.

microsoft dabbled in the game, but was stronger in the adoption of server hosting platforms and directory services. this led them to hitch their wagon to the public cloud and develop azure. looking ahead, we have azure stack about to twist up the market in 2017, but that’s for another blog post to really dive into that.

you can see the common theme here. the complexity of these next steps in the evolution of virtualization to a true cloud platform led to the slowdown of a potential runaway adoption. we had become lost on the tooling, and the methodology was now on the other side of a chasm which was created by complex deployment and management.

this would continue to push the popularity of aws and other public cloud alternatives like microsoft’s azure and google compute platform. it would also lead to a number of vc-backed openstack companies who sought the opportunity to simplify the deployment and packaging of openstack.

we needed to have a systems approach to managing the private cloud platforms. we were stuck at a potential inflection point, and in my opinion, we are re-approaching that very pivot point. the industry was eager, but not yet ready for what it would take to adopt a private cloud methodology.