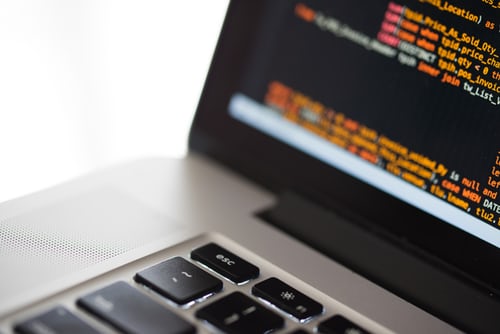 If a partial index is used instead of a regular one, on a nullable column — where only a small fraction of the rows have not null values for this column—then the response time for inserts, updates, and deletes can be shortened significantly. As a bonus, the response times for single row selects shorten a little bit too. This post explains what a partial index is, shows how to create one, describes the canonical use case that calls for a partial index, describes some straightforward performance tests, and shows that the results justify the recommendation to use a partial index when you have the appropriate use case.

Sometimes, a business analysis determines that an entity type has an optional attribute, which remains unset in the typical case, that there is a requirement to identify entity occurrences where the optional attribute is set to some value, and that there is never a requirement to identify occurrences where it is not set. A topical example arises now that some office facilities offer limited bicycle storage in a small basement room and give out a numbered key to the very few employees who take advantage of this. There’s a real need when the janitor hands in a mislaid key, to find out, say, “Who was assigned key #42?” But there’s never a need to identify staff who don’t use the bike storage.

Such an entity type will be implemented as a table that has a nullable column to represent the optional attribute. And the column will need a secondary index to support fast execution of a query that identifies a row by a not null value for this column.

Another case — subtly different from the optional attribute case — arises if you have a table that contains both “billed” and “unbilled” orders, where the “unbilled” orders take up a small fraction of the total table, and yet these are typically the only ones that are the target of select in an OLTP scenario — exactly so that they can be processed and set to “billed.” A partial index is defined using a restriction so that only some of a table’s rows are indexed. In the present scenario, the restriction will specify, in the first case, that only rows with not null values for this column will be indexed. Or, in the second case, that only “unbilled” rows will be indexed.

This will be beneficial because the partial index will be a lot smaller than a regular index. Most significantly, when rows are inserted or deleted, the maintenance cost of the index will be avoided in the typical case.

Suppose that we have a table created:

(I’ll show all SQL statements in this post with a trailing semicolon, as they’d be presented as ysqlsh commands.) Notice that the column t.v is nullable.

A regular secondary index is created:

And a partial secondary index is created:

The `where` clause restriction can be any single row expression that mentions only columns in the to-be-indexed table. For example, “where v is not null and v != 0”. It’s as simple as that!

I populated table t with 1 Million rows where only ten percent of these had not null values for t.v. Here’s the SQL written in PostgreSQL syntax where the % operator is used to express the modulo function.

Of course, nobody would write a real program like this — especially because, with no unique constraint on t.v, the select statement might return more than one row! But this naïve approach is sufficient for timing purposes. The value of sparseness_step is set to 10, reflecting my choice, expressed via this:

In the insert statement, shown above, that I used to populate table t.The select statement that the procedure repeatedly issues is prepared behind the scenes the first time it is encountered at run time, so that the SQL execution does respect the optimal prepare-execute paradigm.

Nobody would commit every row in a real program. But it’s this device that simulates single-row OLTP. Here, too, SQL execution respects the optimal prepare-execute paradigm.

I didn’t use the prepare-execute paradigm here because the time needed for the SQL compilation and planning will be a tiny fraction of the time needed to delete one hundred thousand rows.

I recorded the timings in two environments.

I recorded the elapsed times for the above tests under the two test conditions (regular index and partial index) and in the two test environments (“local” and “cloud”). For every measurement pair, the regular index time was greater than the partial index time. As is to be expected, the absolute values of the times were greater in the “cloud” environment than in the “local” environment. Note that SQL operations on a three-node cluster, with RF=3, using the Raft consensus algorithm and distributed transactions, are expected to be slower than a single node, with RF=1 with no inter-node communication and shorter code paths. There are well-documented benefits to such a resilient and scalable system that may outweigh this cost.

I normalized the results by expressing them as a speed ratio. For example, if a test took 60 seconds using a regular index and 20 seconds using a partial index, then the partial index speed is 3x that of the regular index speed. The speed ratios came out to be the same in the two test environments, within the limits of the accuracy of my measurements.

Of course, your results might be different. A sparser density of not null values in the indexed column will make the speed ratios greater, and a less sparse density will make them smaller.