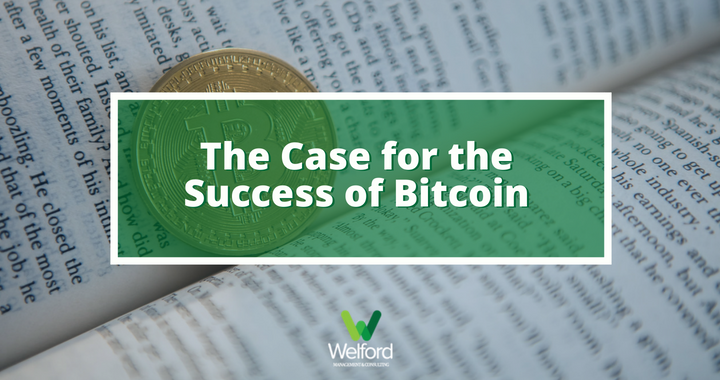 How Should We Judge the Success of Bitcoin?

Given the wildly varying responses you get when the subject comes up, it’s perhaps worth spending a moment to reflect on this question. It certainly seems that everyone who has heard of the leading cryptocurrency has an opinion on whether bitcoin is a transformative form of digital money that can improve people’s lives or an utter and complete scam that will become valueless in time.

Warren Buffett, the most successful investor of all time, told CNBC in an interview that he would not invest in bitcoin or other cryptocurrencies, and predicted that it will lead to a "bad ending." He thinks it is not a smart investment, saying,”If you buy something like Bitcoin or some cryptocurrency, you don’t have anything that is producing anything. You’re just hoping the next guy pays more. And, you only feel you’ll find the next guy to pay more if he thinks he’s going to find someone that’s going to pay more. You aren’t investing when you do that, you’re speculating.”

I guess he doesn’t hold gold either then? In fact, he discussed gold, saying, “It doesn’t do anything but sit there and look at you.” But, in reality, gold does do something. About half of the gold above ground, around 90,000 tons, has been turned in to jewelry. And, at almost $1,200 per ounce, that’s a $3.8 Trillion industry! That must count for something, Mr. B?

But, the venerable Mr. Buffet is correct on one count: Bitcoin is not an investment in the way that stocks, bonds, or real estate are (or can be) investments. Or, at least, it wasn’t intended to be so. In the white paper Bitcoin: A Peer-to-Peer Electronic Cash System, Satoshi Nakamoto clearly intends Bitcoin to be a system of exchange, a unit of accounting, and a store of value. In other words: money. Digital money, in fact, or cryptocurrency was designed to replace fiat currency – the outdated and increasingly unreliable economic model we currently suffer under.

The factors driving Bitcoin’s volatility include liquidity issues, whales, manipulation, and misunderstanding amongst others and is a topic addressed by many others. On the contrary, I’d like to ignore the price of Bitcoin entirely, at least for the duration of this post.

My point is that we shouldn’t be judging Bitcoin simply on its price against fiat currencies. As a crypto evangelist, I want Bitcoin to succeed, and if in achieving success the price hits $100k in five years, that’s alright with me. But, equally, if the price remains at $6,500, that’s fine as well. And, for Mr. Buffet, even if the price does drop, Bitcoin’s core purpose can still be fulfilled, as long as it doesn’t go to zero.

So, if it’s not the Price, Then How Do we Judge the Success of Bitcoin and Other Cryptocurrencies?

Let’s go back to the principals behind Bitcoin — the reason it was devised in the first place. Bitcoin was designed to be an open, neutral, peer-to-peer, decentralized, borderless, censorship-resistant form of money.

But, what does that really mean?

It means that anyone should be able to own Bitcoin.

For those of you who haven’t used Bitcoin as it was actually intended, it is meant to pay for and receive payment for goods and services. It’s a simple and strangely satisfying thing to do. When you make a Bitcoin payment, no financial institution mediates the deal; no social-media company captures the data from the transaction to sell you stuff you don’t want, and no credit bureau tracks the activity to assess your financial trustworthiness. All of which is very important, given the way banks, social media companies, and credit bureaus (amongst many others) have played fast and loose with our personal data in recent times.

Is the Measure of Success for Bitcoin Mainstream Adoption? Maybe!

Let’s face it; Bitcoin isn’t likely to replace the US dollar anytime soon as a world reserve currency. Yet, for any kind of success to be acknowledged, the Bitcoin spenders need to outnumber the Bitcoin speculators. Right now, it seems like the speculators are winning that particular race by a country mile. Greed and the fear of missing out are muddying the waters, hiding the true value of the leading cryptocurrency Bitcoin behind the promise of life-changing riches acquired by doing very little, other than taking one heck of a risk.

The excuse is: why would I buy a coffee with Bitcoin when it might double in price tomorrow – so, in effect, I would have paid $6 for my Starbucks coffee instead of $3. Well, setting aside the fact that charging $3 for a cup of coffee is outrageous in the first place, that’s a fair point. Add the fact that most retail outlets don’t accept Bitcoin yet, and you’ve got a readymade excuse for speculation rather than spending. However, making Bitcoin payments over the Internet is straightforward and the volume of payment transactions is growing with increasing numbers of websites accepting Bitcoin.

But, back to the retail scenario, the first thing that has to happen is that the technology has to take a hard look at itself. We need simple-to-use applications that enable us to buy goods and services with Bitcoin by flashing our smartphone at a reader on our way out of the store. I’ve no doubt that significant improvements in the Bitcoin core network and its usability are coming. Add the fact that, as Bitcoin usage grows and the technology develops, the price volatility will likely decline and the fear of $6 coffee will hopefully dissipate.

Well, I’m still not completely sure. If it’s mainstream adoption of the core principles of open, neutral, peer-to-peer, decentralized, borderless, censorship-resistant money then, for me, that’s success. But, it’s certainly possible that cryptocurrencies get hijacked by governments or monopolistic enterprises, who launch their own centralized crypto-coins that are not open, neutral, peer-to-peer, decentralized, borderless, or censorship-resistant. And, that’s the wrong kind of mainstream adoption.

Whether Bitcoin will prevail remains to be seen. I’d like to know your thoughts on this. Have you bought or used Bitcoin? What’s your experience been so far? Do you think it’s a success and why so? Let me know in the comments below.