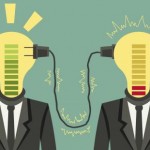 It’s tempting to think that parachuting in a high performing individual into a team will drag the rest up by their coat-tails.  Alas, a recent study suggests that this might not be the case after all.

It found that the impact of the high performer was not only rather small, but even that small impact was dependent upon certain conditions.

The authors explored the impact star performers had when they were placed into nearly 100 academic chemical engineering departments around the US.  They used before and after analysis on the publishing records of those departments to measure impact, and found it was marginal at best.

Whilst the overall picture is somewhat bleak, the authors did identify three factors that can boost the impact star performers have on their new team:

“Such a small effect came as a surprise to us,” the authors say, “we were expecting a different magnitude. However, the overall effect is larger because new hires still add their direct research contribution and collaborate in joint research with incumbent scientists.”

The study reminds us that it’s unrealistic to expect new hires to have an over-sized impact upon the performance of a team.  Improving performance is a much longer and usually slower process that can take years to achieve.

Likewise, the authors remind us that even in knowledge intense environments such as a research lab, the role of human resources is still crucial.

“Renewing an organization’s research capabilities requires both time and commitment. To benefit fully from inbound mobility, the organization should attempt to activate internal knowledge sharing and collaboration processes. Our results indicate important complementarities between policies that foster internal collaboration and those that increase inbound mobility,” they conclude.