this is part two of a four part series on database deployment automation. in part one we examined the evolution of agile and devops. we will now look at the challenges of automation for the database, the various solutions, their shortfalls, and then reveal the proven best practices.

devops is a natural evolution of the software industry, it’s not a revolution.

one way of dealing with the database challenge is to force the database into the generic process: create scripts out of database objects and store them in the traditional version control.

that creates other challenges, namely:

download our popular ebook: in database automation we trust 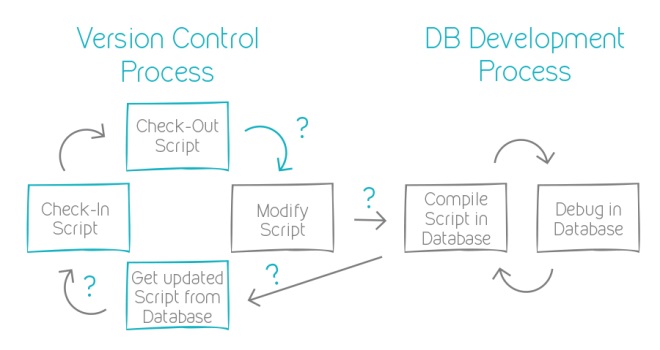 in part three of the series we will look at the standard "compare & sync" solution and its shortfalls.