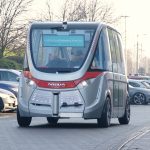 recently japanese carmaker nissan announced that it would use london as the first european city for real-world trials of self-driving cars. the company will be testing a version of the electric leaf car that has been modified to be autonomous.

“with future models secured and cutting-edge innovation being developed right here in the uk, we’re looking forward to a strong future of designing, engineering and manufacturing in the country for customers right across the world,” said nissan europe chairman paul willcox.

of course, whilst these kind of trials are undoubtedly fascinating, there remain a number of issues that need to be resolved before driverless cars take to the roads.

for instance, studies have examined how pedestrians might respond in a world where they know that the autonomous vehicle will always cede to them in the interests of safety.

those in the industry have voiced similar concerns with regards to other motorists. if they know that the autonomous vehicle will always play it safe, it may encourage reckless driving from other drivers.

there are also concerns surrounding the control of driverless vehicles, or more aptly, whether human drivers are in any position to regain control from the vehicle should it be required.

a recent stanford study examined the issue in depth, and found the transition was nothing if not complicated. the study placed a number of test drivers on a track to find out, and the results suggest the transition isn’t as smooth as we might think.

“many people have been doing research on paying attention and situation awareness. that’s very important,” the authors say. “but, in addition, there is this physical change and we need to acknowledge that people’s performance might not be at its peak if they haven’t actively been participating in the driving.”

it’s worth remembering that this is in a scenario where people were still paying attention, albeit not to the full extent required when physically controlling the car, but they certainly weren’t tuned out doing some work or reading the news.

“even knowing about the change, being able to make a plan and do some explicit motor planning for how to compensate, you still saw a very different steering behavior and compromised performance,” the authors continue.

if we’re to assume that most instances whereby humans will be required to re-take control of the vehicle are likely to be ones that demand a swift and appropriate response, it does represent a hurdle for the industry to overcome.

of course, this isn’t to say that such hurdles are insurmountable, but nonetheless, the early iterations of driverless technology are likely to be rather humble affairs. indeed, a recent paper argued that we need to carefully manage the expectations of the public so that when driverless technology does become more mainstream, they aren’t left rather disappointed.

the paper examined how people felt about the technology when they were given a slightly more realistic picture of what will emerge than what they have been led to believe by many hyperbolic media stories.

“a lot of the public discourse to date about the capabilities of vehicle automation has been based on unrealistic expectations about the role of the human operator,” the authors say.

the earliest examples of driverless technology to date have been in quite controlled environments. for instance, an automated device is installed in the tunnels at cern to perform various inspections.

or you have the automated shuttle bus developed by french start-up navya that was recently demoed at heathrow airport’s compass centre. the vehicles, which were first launched in france in 2015, have already been deployed around the world, and have transported over 100,000 people in that time. the vehicle, which can carry up to 15 people, can travel at up to 30mph, but because it is often deployed on corporate or university campuses, it seldom surpasses 15mph. it’s designed for journeys that are too short for cars, but too long for walking.

the company, which is supported by the eit digital accelerator , carried in excess of 100,000 people last year for a combined distance of over 50,000km.

suffice to say, the technology is not about to appear at an airport near you, but the team at heathrow wanted to use the demo to initiate the discussion about the use of autonomous vehicles at the airport. you can see the vehicle in action via the video below.