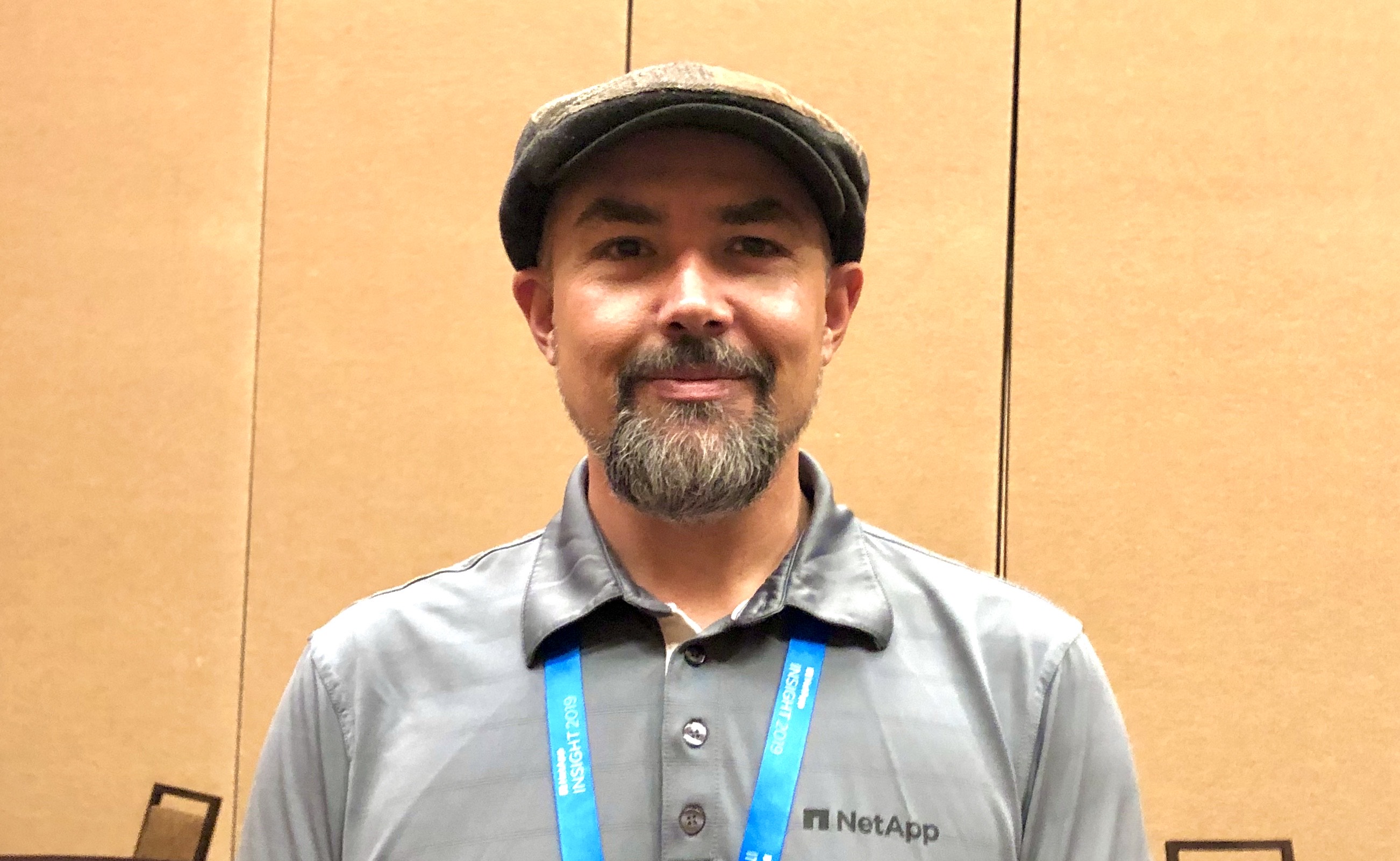 What DevOps is and isn't has gotten a lot of attention in 2019. I recently had the chance to catch up with Christopher Merz at NetApp Insight to get their thoughts on DevOps. Christopher walks through his background and experience to where they see the current state of DevOps.

They used to say about DevOps, "You always want to hire the most intelligent capable and laziest sysadmin you can because they're going to automate themselves out of a job. Once they do that, you move them onto the next one. Hit the bottlenecks right. There you go. That's DevOps."

When I was doing a DevOps practice, I managing a lot of databases and whatnot. When we started out, the process would take nine hours to do an instantiation version of a read slave. If you have a MySQL redirect and you've got maybe 10% ingest and 9% read, and you need to scale that redirect, it would take about nine hours for a multi-terabyte system. It takes about nine hours to instantiate a new node, because you had to dump the database, SCP the database over, re-import the database, and then catch up replication to get to real-time. Using an intelligent storage system behind that, I can do that in about nine seconds! You're literally orders of magnitude faster because you're pivoting your infrastructure around your data. Data has gravity, we all know this, and as long as bandwidth remains the bottleneck of our entire technological lives, which it does, we have way more data than we have bandwidth, by a lot.

Where Do Companies Usually Start With DevOps?

With DevOps, it's about bringing it all together into a moving home, and it's interesting because when you start doing agile, you have to respond to that. When the development organization starts doing agile, what do the operations and IT organizations have to do to respond to that? And how do you do that? When you start applying Agile principles to operations, you get DevOps.

A lot of times these days, people associate DevOps with developer operations, like supporting developers in their CI/CD processes and things, but it's more than that. There's capital "D" DevOps, which is kind of for the developer folks, so it depends on your background.

How Do You Describe DevOps to Anyone Not Familiar With It?

"What is DevOps?" Have you ever been able to answer that one easily? For myself, I've always said, "Well, it depends on your background." If you're a developer and you come from the engineering side of things for development, the way you think of it is like capital "D" DevOps; it's very CI/CD-focused, pushing things through continuous integration and whatnot.

When you come from the operation side, it's DevOps capital "O" for operations. And that's where you get the CD side of things, and you're doing your continuous deployment. But what happens if you don't have good enough testing in the middle? If your defect rate is approaching zero, have you really earned the right to continuous deployment? Because the blast radius and production can be pretty heavy if you're doing automated deployments and then something goes wrong. You know I've lived through all of this.

Where Do You See the Current State Of DevOps?

The interesting part about DevOps these days is that you're like, "Well, it's been around for ten years." Now, is it a thing? What's going on with DevOps? And what I've noticed is that cloud-native has absorbed the best practices of DevOps. There are so many of the things that we would use to have to hand forge in DevOps like auto-scaling systems, self-healing systems, all the intelligence that we built into our systems with Puppet and Chef and things like that, to try to make these systems more autonomous if you will. We used to joke we were building Skynet every day and just not necessarily a good outcome, but that was the goal.

Top 3 Takeaways from the 2019 State of DevOps Report