This is part six of a seven part series on database version control. In part one, two, three, four, and five we reviewed how the methods for creating software evolved into Agile and DevOps, what separates the database from application code and the challenges that must be addressed when managing database changes. We then went through the most popular methods being used and the shortfalls of each.

We will now reveal the correct way to practice database version control in order to maximize value and eliminate risk to the organization.

Database enforced change management combines the enforcement of version control processes on the database objects with the generation of the deployment script when required based on the version control repository and the structure of the environment at that time.

This approach uses build and deploy on-demand, which means the deploy script is built (generated) when needed, not as part of development. This allows for efficient handling of conflicts, merges, and out-of-process changes. How does database enforced change management handle the challenges?

✔ Ensures the version control repository can act as the single source of truth – the enforced change policy prevents anyone (developers, DBAs) using any IDE (even command line) from modifying database objects which were not checked-out before and checked-in after the change. This guarantees that the version control repository will always be in sync with the definition of the object at check-in time. 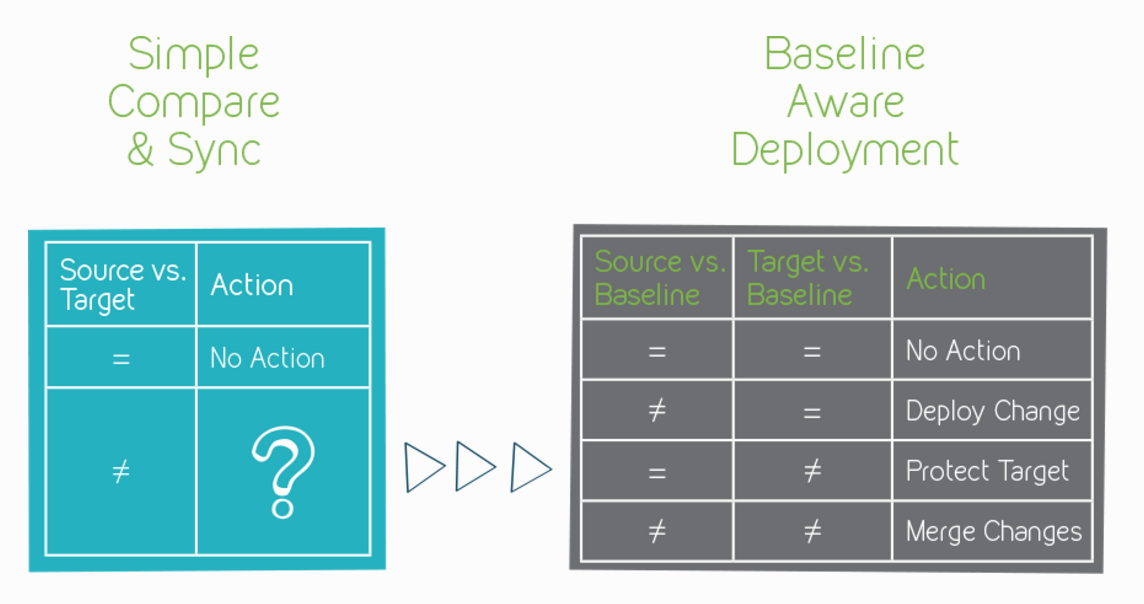 ✔ Generates deployment scripts for only relevant changes – the integration with application lifecycle management (ALM) and change management systems
(CMS) enables you to assign a reason to the change, as is done in the file-based version control or task management system.

In addition to the must-have requirements, there are also further requirements, such as supporting parallel development, merging branches, integrating with the database IDE, and supporting changes originating from data modeling tools. You must verify that these requirements will be addressed by whichever method you choose.

In the seventh and final part of the series, we round things up and provide an easy-to-use comparison chart of the four methods for managing database changes, and the advantages provided by each.

6 Reasons to Version Control Your Database

Using Git for Database as a VCS: 4 Reasons Why it is Uniquely Efficient