On Nov. 14, the Eclipse Foundation released a draft of its proposed specification process for community review and feedback.

Now that Java EE — er, Jakarta EE — has been in the foundation's hands for a while, they've been working on implementing a new specification-approval process for some time.

So what does this mean in the context of enterprise Java?

If you want a good introduction to what this will look like in action, the Eclipse Foundation's Director of Open Source Projects Wayne Beaton is working on a series to explain it. You can find Part 1 of that series here.

He walks readers through the process step by step, but here's a fantastic diagram he cooked up to serve as a (simplified) visual aid. 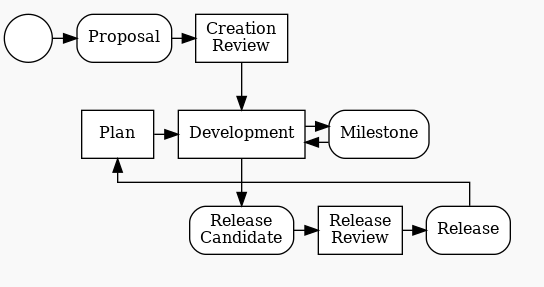 The draft explains the terms in more detail, and rather than parsing that information, I want to encourage everyone reading this to get involved.

I looked around for community responses to the proposal, but it doesn't look like there's been much public discussion of it.

I hope that changes.

After Project Jigsaw was initially rejected in spectacular fashion prior to Java 9's release last year, I sat down for a talk with Java EE Guardian Reza Rahman to discuss why.

And after all this time, the part that still sticks with me was how much Rahman stressed the need for developers to be actively engaged with the community process.

Granted, the point of a specification process is for various experts come together and bring up viewpoints the rest of the community would want to be sure are covered. But still, this is the perfect opportunity for the enterprise Java ecosystem as a whole to make sure this is a process that works for everyone.

So, when you get some time, take a look at the draft and chime in.