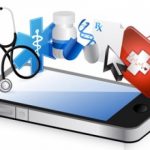 the internet of things needs no introduction, but the connectivity we see in so many areas of our life is increasingly coming to healthcare. indeed, last year i wrote about an effort led by ge to bring about an internet of medical devices.

there are undoubtedly huge advantages involved in these kind of projects, especially when the data generated converges to provide a holistic overview of each patient. suffice to say however, it also has numerous risks, not least around the oft-reported security issues surrounding iot devices.

a recent paper examines some of the ethical considerations to bare in mind as the healthcare iot begins to gather pace. it structures its analysis around three themes:

the range of devices and the various contexts in which they can be used make ethical considerations difficult. for instance, they may be carried by us as individuals, or embedded in facilities such as care homes and hospitals.

nonetheless, the lives of users can be easily recorded and analyzed by third parties, and whilst this has the potential to significantly improve healthcare, it also runs the risk of violating our expectation of personal and informational privacy.

the issue is complicated, not least because some applications of iot technology can simultaneously violate and enhance privacy. for instance, a device could enhance privacy by not requiring in-person care, but also violate it by providing a monitoring device. as such, it’s likely to require a trade-off between privacy and safety (and quality of care).

the acceptance of iot devices is also likely to be impacted by the perceived obtrusiveness and visibility of the device. if the user perceives the device as obtrusive, then they can go to great lengths to subvert the system’s functions. however, whilst placing sensors unobtrusively into the environment may have advantages, the validity of consent of the user may be undermined if they forget they are being monitored. the authors suggest that regular renewals of consent may be good practice to avoid this.

healthcare iot devices generate huge volumes of data about the health and lifestyle of users, and whilst this data can be hugely valuable for both research and provision, there are also ethical concerns to consider. we’ve discussed privacy before, and there are obvious issues around the security of this data.

“as health data are normally considered as particularly sensitive both in an ethical and legal sense, informational privacy is a central concern for the design and deployment of h-iot, insofar as it contributes to gain control over the spread of information about the user’s health status and history,” the authors say.

whilst anonymization is crucial to ensure data is not identifiable, the authors also suggest that users need to be in full control of their data, and itemize individual access to their data by third parties, whether healthcare providers, medical researchers or other interested third parties.

work also needs to be done to inform users of the extent to which data about them is generated, and who can access that data. what’s more, there also needs to be a better understanding of circumstances. for instance, users are happy to forgo privacy in emergency situations, but much less so in domestic circumstances.

the paper also discusses many of the security concerns that have grown increasingly prominent in recent months, as the security industry grapple with the ‘leakiness’ of iot related data. this is especially important to tackle as the healthcare industry begin to utilize iot technology for monitoring and diagnoses.

tackling this issue is crucial as without user trust in the security of iot devices, the whole concept will crumble incredibly quickly.

last, but not least, we need to consider how h-iot might impact the delivery of healthcare. for instance, by providing users with a greater amount of power over their own care, it could inadvertently isolate them. visits from medical personnel and carers may become less frequent if monitoring can be done remotely, but the social aspect of these visits should not be underestimated. studies have found that elderly people are especially concerned about this possibility.

there is also a risk that healthcare becomes over-simplified as professionals focus excessively on what can be measured rather than on what is important.

“h-iot can limit assessment of a patient’s condition to a narrow range of easily measurable or quantifiable considerations, which could bias assessment towards an overly optimistic prediction of the technology’s effects,” the authors warn.

this can result in a lack of contextual understanding, especially around the mental health and wellbeing of the user. by using technology, this can limit the kind of interactions that provide healthcare staff with such information.

as such, providers need to take steps to ensure this doesn’t happen and to ensure a trusting relationship is forged between patient and carer. for instance, monitoring might be used to initiate dialogue rather than replace it entirely. as with so much, it is a case of using technology badly rather than bad technology per se.

the use of iot technologies in healthcare offer a tremendous range of possibilities, but it needs to be implemented thoughtfully to ensure pitfalls are avoided. the paper provides an invaluable overview of some of these pitfalls, and how they might be avoided.