It's one of the hottest topics in technology, and soon to be a reality if some manufacturers are to be believed — but how will a future of self-driving cars help to line our pockets?

When General Motors' Chief Technology Office, Jon Lauckner announced that the automotive giants plan to release a brand new state of the art self-driving car in 2019, it certainly raised a few eyebrows.

Automated vehicles haven't been far from the headlines, and in some cases, for the wrong reasons. For example, when a woman was tragically killed whilst crossing the street by a self-driving Uber vehicle in March 2018. But ever-advancing technology and increasingly intuitive coding have made driverless cars a palpable prospect in the coming years, and their arrival could be much better news for your bank account than you may immediately realize.

Here, we take a look at some of the biggest savings that can be made by the public thanks to the advent of the self-driving car.

Human error costs live. It's estimated that around 94% of road accidents are caused by driver mistakes — a figure that's quantified by the near 40,000 Americans who lost their lives on the road last year. 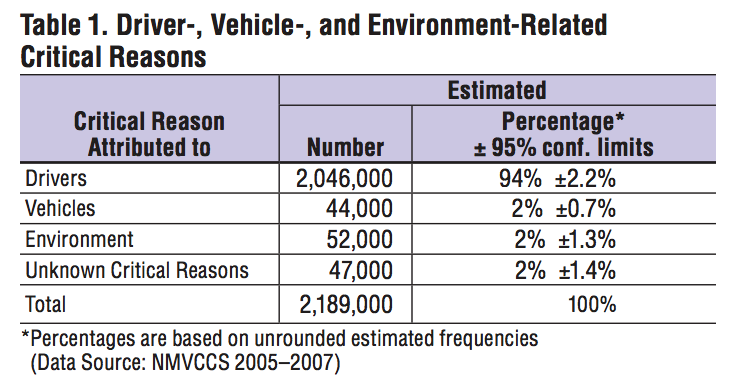 While it's important to stay mindful that technology can't always prevent accidents from occurring, it's safe to say that intuitive driverless cars, once perfected, will be capable of making countless calculations and instantaneous reactions that will make accidents much less frequent.

US insurance start-up, MetroMile, believes that consumers will save an average of $1,000 per year thanks to the near-perfect safety records of automated vehicles. This would mean that the only prime danger that insurers will need to stay wary of is break-ins and "acts of God."

Because of the supreme safety of the driverless cars of tomorrow, insurance premiums will fall dramatically due to the considerably lower element of risk involved with driving the vehicle.

The Absence of Carelessness

You can also sleep easy knowing that speeding tickets will be a thing of the past — so too will the act of penalizing drivers who use their mobile phone at the wheel and parking violations.

The driverless car eliminates the risk of drivers being punished for any momentary lapses in the quality of their performance behind the wheel. In the era of driverless cars, there won’t be much to punish the “driver” for, as the “driver” will technically become the passenger. In fact, you’ll be able to use the time to catch up on sleep or, perhaps, play Pokemon-Go. 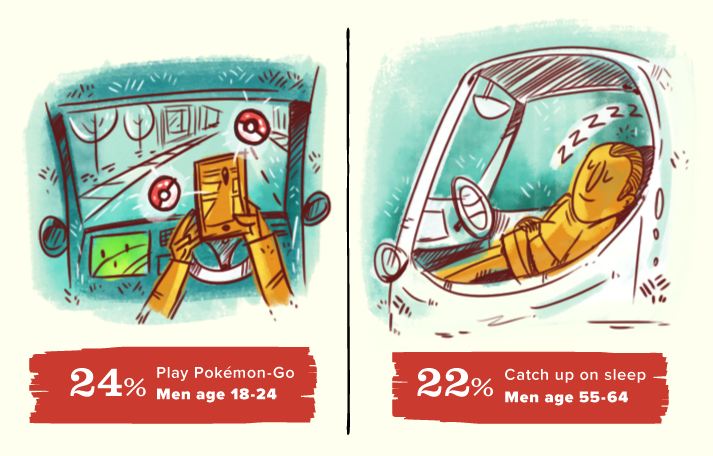 Anyhow, the loss of revenue from driving and parking fines is expected to be so profound that the Brookings Institute has voiced its concerns over the 'hundreds of millions of dollars' that would no longer be going into the piggy banks of local governments thanks to poor instances of driving.

The driverless cars of tomorrow will be able to communicate with one another as a means of coexisting on the road with little problems. This forms a new kind of automotive ecosystem where automated cars can drive closer together to one another and effectively "platoon," as Beth Braverman of Forbes termed.

Digitally responsive motors will be able to anticipate its neighboring cars' behaviors, which will remove the need for sharp breaking and enable the vehicles to move closer into the slipstreams of the driverless car in front — greatly reducing the fuel used to travel from A to B.

The act of being more efficient with the space between cars will also lower congestion and make it far less likely for a driverless car to stop mid-journey through gridlocked rush hours.

The Return of One-Car Households

A fully automated car doesn't necessarily need to spend its life in car parks waiting for owners to return.

Most households have multiple cars, but they're rarely in-use at the same time. With a driverless car, you could use your vehicle to commute to work, and then your partner can request it to return home to transport them and your children to the park — enabling everybody to get from A to B and back again in the same car. Hence, those who have a second (or even third) car could potentially put it to good use, sell it, or put it as security for the dream-house.

The saving potential this would have is huge. Gone is the need to buy a second-hand motor for your child to learn to drive in, and so too is the collective need for road tax, insurance, and regular repairs for MOTs.

For the instances when your driverless car can't pick up the slack, there's the prospect of hiring a taxi to transport you to where you need to be.

If you need to travel 25 miles to an airport, for example, the thought of hiring a taxi may seem daunting. But the wholesale savings that can be made with automated vehicles can help to make long-distance trips a more cost-effective process.

For starters, there will be no human labor to pay for, and the aforementioned fuel efficiency of driverless motors makes for much less energy consumption. A self-driving taxi could ultimately become a much cheaper way of getting to work when considering the effect that local parking fees could have on your bank account.