It's estimated by the analysts at MarketsandMarkets that the total identity management market will grow from $8 billion in 2016 to nearly $15 billion by 2021.

In total, it's expected that businesses worldwide are going to spend just over $100 billion on cybersecurity software and services by 2020, up from $73 billion today.

That's about an 8% Compound Annual Growth Rate (CAGR) in overall cybersecurity spending, and about 13% in identity management specifically.

The Problem With Simply Spending More on Security

Just looking at the overall amount of money being spent on network security, you might think that companies are responding well to the increased threat of breaches—and the constant drumbeat of networks being compromised/passwords being leaked that we hear in the news.

But if you look at the increase in spending alongside how those breaches have changed, you start to see a different story. While we're spending more on security, we're also seeing bigger and more frequent breaches take place—of more sensitive data. 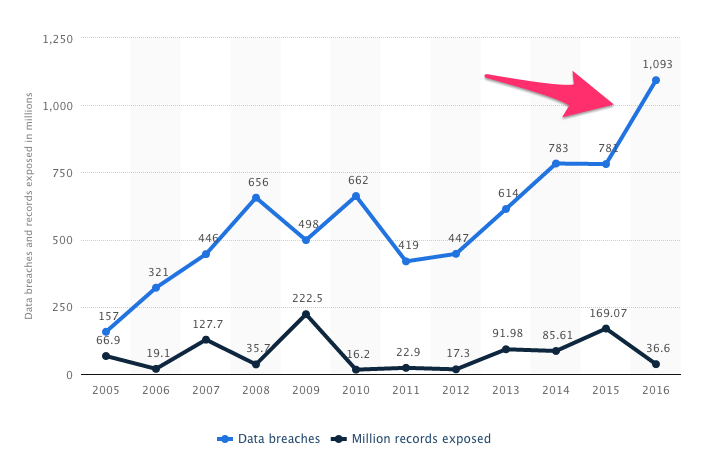 Simply spending more and more on cybersecurity while the number of breaches grows greater each year—the juxtaposition of these two facts should give you pause. Where, exactly, has all that money been going?

In many cases, it's been going to the same things for years and years. The security budget, while bumped up, has been wasted in exactly the same way over and over again.

As Vormetric's Vice President of Marketing Tina Stewart puts it, "Albert Einstein's oft-used quote is fitting -- if doing the same thing over and over and expecting a different result isn't the definition of insanity, it is certainly a recipe for placing our nation’s critical assets at risk.”

Where We Should Spend Money—the New Firewall

When you look at the attack vectors and consequences of the biggest data breaches of the last decade, one thing stands out:

The people who are attacking these systems are very rarely doing so as a form of corporate espionage. They're rarely (at least not for bigger sites) doing it for ransom, as “hacktivism,” or out of boredom.

They're doing that to get at sensitive information like names, email addresses, credit cards—but also things like API tokens and secrets that can be harnessed to find your users' more precious personal secrets.

Why You Need Risk-Based Security 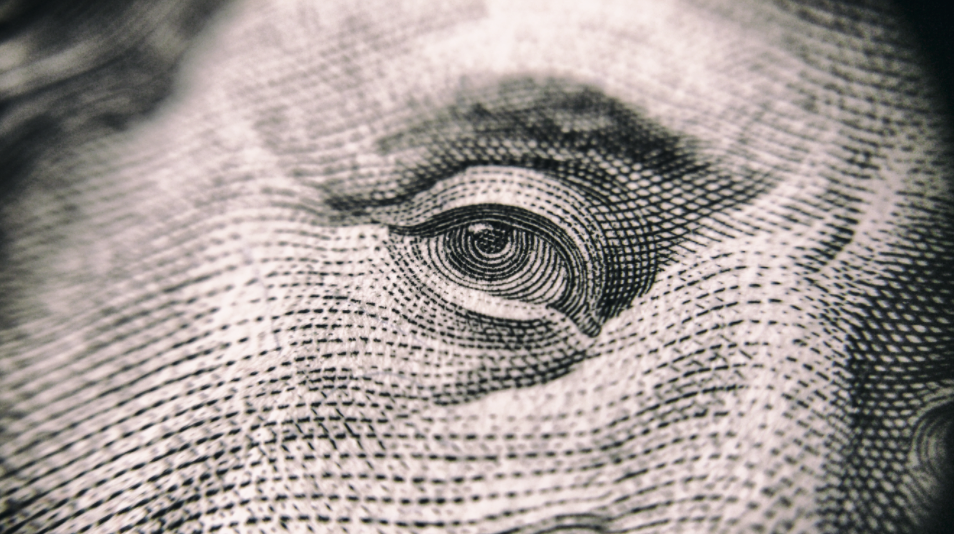 Think of yourself like a bank. Customers come and do business with you—you provide them a product or a service, they pay you, and alongside all of this, there's an expectation that you will keep their data—or investment—safe.

How do you design a bank to make sure you keep the valuables safe?

You don't make people come in through blast doors or get fingerprinted the moment they walk in—that would be insane. You'd make the very act of doing business with your bank extremely unpleasant. Nor would protecting against unauthorized entry into your lobby be much good for protecting against the dedicated attacker.

No—you leave the lobby as it is. In fact, upon walking into the bank, there's very little visible security infrastructure at all. In fact, you could probably walk right into the secure area if you wanted to. It would be trivial to get access.

It would be easy to get to the safe. What you're not going to be able to do is actually crack it open.

The way a bank's security operates hinges on this idea of risk-based security. The bank knows that people are going to come and try to rob it. They also know that the vast majority of people are not there to rob it. Therefore, it makes sense to build a system that focuses only on stopping attackers, not on building the maximally secure bank lobby.

You can't keep a dedicated criminal from getting into the bank. You can stop them from getting anything of value and leaving with it, though. This is how you should also treat your network security.

Protecting Your Most Valuable Information

There are many different ways to compromise an account, from exploits to the abuse of features built into programs to social engineering.

Attackers sometimes go as far as to “befriend victims, impersonate their relatives and co-workers, and create all the pre-conditions to make the attack as credible as possible.”

But the fact that accounts can be compromised from many directions and through many vectors does not mean “that we should leave all doors open.” As hacker and security researcher Nex says, “Reducing the number of possible attack points allows us to deal and watch for the fewer remaining ones more efficiently.”

Three of the major methods for reducing attack points are:

Multifactor authentication, breached password detection, and anomaly detection are just three of the risk-based security features that we recommend. But these are the kinds of things that businesses need to be pursuing in this age when breaches are frequent, breaches are significant, and the amount of customer data in the cloud grows larger and larger each day.

Even the most dedicated and advanced attackers can be caught out when the right measures are in place and the right data is being collected—in cybersecurity as elsewhere.

Says security expert the Grugq: "If a small-time robber takes $70 one day, and then two weeks later takes $350, and then one week later takes $1000, investigators can infer how much they're spending per day ($50~) and precisely when the next robbery will occur (in 3 weeks~)."

“If they’ve profiled more, such as his geographic operations zone, and what type of bank he usually targets,” he continues, “They can place assets in the area and be ready for him.”