When you hear about a massive data breach in the news, it usually involves a large company that has been targeted by cybercriminals. But some of the most dangerous attacks actually occur on a smaller scale because of the vulnerabilities in a single user's online accounts or devices.

At the individual level, the best decision you can make to protect your privacy is to invest in a reliable virtual private network (VPN) client. A VPN encrypts all data as it leaves your device, which means that if a hacker tries to intercept your web traffic, they will be unable to decode it.

However, not all VPN providers and tools operate in the same way. In fact, there is a range of protocols that VPNs can use, which affect how they encrypt and transmit data. This article will cover four of the most common ones and describe their advantages and potential weaknesses.

Though only now gaining a level of broad public awareness, VPNs have actually been around since the early days of the Internet. At first, they mainly existed as a way for corporate employees to connect to internal servers and resources from external locations. Most of the first VPN tools used something known as the Point-to-Point Tunneling Protocol (PPTP).

PPTP was the first VPN protocol available on the Windows operating system, thanks in part to Microsoft being involved in its development. PPTP connections use a standard Transmission Control Protocol (TCP) port to transmit data and carry packets to an endpoint server. It does not define a specific encryption method for the VPN client to use.

Today, the PPTP protocol is considered to be largely obsolete even though some operating systems and devices still ship with it as an option. PPTP fell out of favor in a hurry as cybersecurity experts discovered vulnerabilities with it in recent years. Most of the issues are related to the authentication approach that is used to pass user credentials to the client and generate a private key for data transmission.

In order to function as a secure tunnel of data transfer, VPN clients need to have two mechanisms: one for authentication and one for encryption. The L2TP/IPSec protocol combines these into one solution, which makes it easy to set up and secure on computers, tablets, or smartphones.

The first part of the protocol is known as the Layer 2 Tunneling Protocol (L2TP), so named because it operates at a lower level of the networking architecture than PPTP. Data is, instead, transmitted through a system called User Datagram Protocol, which is often faster and uses smaller packet sizes. The only downside to relying on VPN clients that use UDP is that there will be some packet loss and reliability decrease due to its stateless nature.

L2TP is then paired with Internet Protocol Security (IPSec) for encryption purposes. It manages a set of cryptographic keys to exchange data between your local device and the VPN provider. Data still flows out of your internet service provider (ISP) but will be fully encrypted until it reaches the open internet. 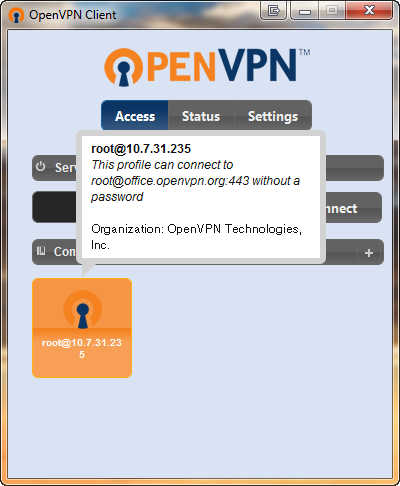 As discussed, many of the earliest VPN protocols were developed by Microsoft and other large technology companies. Over time, as the open-source movement has gained steam, the community of developers turned their attention to cybersecurity, resulting in OpenVPN, the first protocol to function as an open-source option.

Providers can implement the OpenVPN protocol over either a TCP or UDP connection. It also supports a range of encryption methods using the OpenSSL library. The pre-shared secret key option is the easiest to set up on a new device, but there are more secure options like certificate-based authentication.

When it comes to providers who use OpenVPN, you have to be on the lookout for scams that may come to you over email. Some hackers will pose as a legitimate OpenVPN provider and urge you to click a link and download a piece of software. But instead of securing your online traffic, it may actually spy on your activity or install a virus on your computer.

After experiencing inefficiencies with protocols like IPSec and OpenVPN, a small group of developers set out to build their own alternative. The result is WireGuard, a brand new VPN protocol that aims to be more secure and faster to set up than the options currently offered by providers.

The performance benefits of WireGuard make it a compelling choice when it comes to VPN protocols. However, some cybersecurity experts are reluctant to fully endorse it because of the fact that the codebase is still under heavy development and is likely to experience significant changes. There is also a concern about how WireGuard VPN's handle session logging and the potential for data leaking issues.

Before selecting a VPN provider, make sure to do research into the protocols they use for authentication and encryption. You may be tempted to pick an ostensibly free VPNs these actually come with a slew of hidden costs), but these options often come with security flaws and cannot be trusted for reliable performance. Others make money by collecting your data without your knowledge and selling it to advertisers or on the Dark Web. The only thing worse than not having a VPN is having one with this sort of low quality, scammy business model.

Using a VPN client is a critical step to take in ensuring your online privacy. By encrypting your outgoing and incoming web traffic, it makes it harder for hackers to spy on your activity or steal your confidential information. VPN's also come with the added benefits of providing each device you own with an anonymous IP address that is not tied to your ISP account.

The Guide to VPN Security

The Dark Web - When Did This Happen?

Staying Secure on the Internet, Part 1