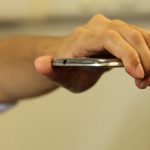 over the years i’ve written a number of times about various innovations aiming to improve the lot of patients with parkinson’s, whether it’s apps to provide support , wearable devices to reduce tremors , or ai based tools to test our voice for early signs of the condition.

very much in this vein is a new app that promises to allow people to test for the condition and receive results back in just 4 minutes, all from the comfort of your own home.

one of the major challenges with parkinson’s is that the symptoms change so frequently depending on one’s lifestyle, diet and exercise levels.  to date, however, it isn’t clear quite how these factors interact, so the perception of the condition is fragmented.

what’s more, sufferers usually only see a specialist a few times a year, which makes it difficult to track its progression in each individual.

to help correct that, the team developed an android app, called cloudupdrs, to help better track the various symptoms associated with parkinson’s.  the app is designed to allow the user to perform self-assessment using the sensors built into the phone.

the app hopes to mimic the tasks undertaken by the clinician.  the first version, therefore, took roughly the same length of time as a normal consultation.

“the reason it takes so long is because it’s hard to make sure that you get enough good data to make the tests reliable. so you have to overcompensate by performing each test for longer than necessary,” the team says.

more recently, the developers have implemented deep learning to help improve the quality of the data collected from each user.  for instance, the algorithm will be able to detect between real tremors from the hand of the user, and the phone being bumped.

the system is remarkably good at doing just that, with the team reporting an accuracy rate of 92.5%.

whilst the full test can be quite detailed, users can also perform a faster test that examines three symptoms that it believes are key to the user’s overall performance.  this test can be completed in just 4 minutes.

the app is currently undergoing a clinical trial to showcase its merits, with the hope that it will be certified by the medicines and healthcare products regulatory agency as a reputable medical device.

“the overall aim is to empower people with parkinson’s,” the team says. “this app can help them find the things that improve or worsen their symptoms.”