Today there is a huge amount of technology for dealing with different aspects of cloud computing. In particular, containerization and microservices lead us to think of software applications as distributed applications whose components can be easily deployed and moved in the cloud. In my opinion, what we are facing today is a revolution that is not only a matter of technologies, it is something so profound that it can alter the way we conceive software and software infrastructures.

My idea is that we need new abstractions and concepts for dealing with such a revolution. In science, we are always looking for the best model which captures the essence of reality. We are doing this because on top of that model we can build the right technologies for satisfying our human needs. The same happened in computer science from the beginning when researchers started to automatize the ability of the mind: calculation. From that moment, the calculation machine has been always used as the basic reference for dealing with automatic calculation, and on top of this model, different technologies have been developed.
In this article, I start to reason about the usage of a new reference idea for dealing with computational resources which best fit with the reality of cloud computing, instead of the traditional computing machine model: the communication machine.

From a Machine Built for Computation... 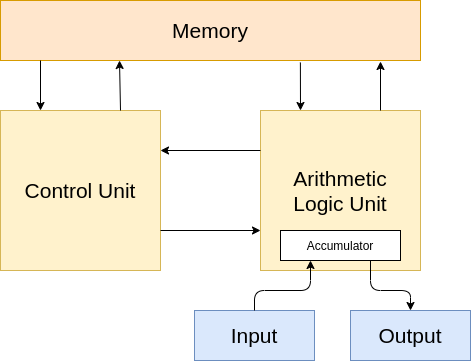 At its core, such a machine is programmed using streams of bits. Programming languages were introduced for helping developers with linguistic tools closer to the human language to speed up programming and reducing errors. All these languages provide abstract primitives for expressing computation, from the possibility to define expressions to the possibility to define procedures, functions, and objects. When compiled, all of them produce a stream of bits that can be executed inside the computation machine. Memory, Control Unit, an Arithmetic Logic Unit are the core concepts of the computational machine.

The most interesting aspect of a virtual machine is that it is not a real machine made with hardware components, but it is a software that provides the illusion to have a real machine. This is not a detail. This is proof that there exists a cloud layer that provides us the abstraction of a computer machine that has the same behavior as a real machine. This software was made in this way for giving to system administrators and developers something that was the same as the computer they used to deal with but remotely deployed. 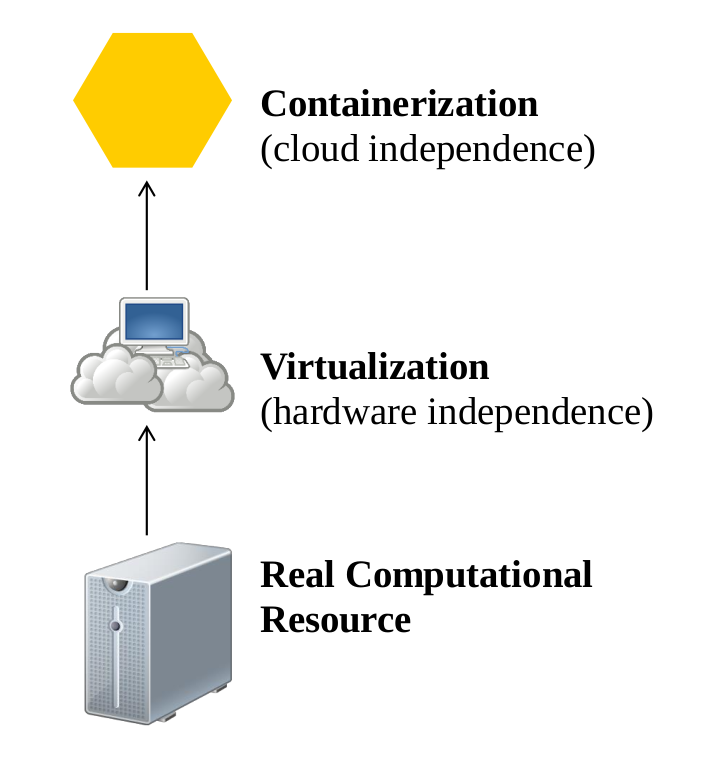 Each container is specialized with the minimum technology stack for executing the application it hosts and unnecessary functionalities are not installed. Since we are free to configure the execution stack inside a container as we prefer, we can choose the technology we like for developing the application by taking care to use standard protocols and formats for achieving communication with other components. This is an important point because each container can be immediately associated with its external observed behavior (the functionalities it provides at the declared endpoints). Such a statement is so strong that we could say that a piece of our computational infrastructure (the container) is just denoted by the functionalities it provides (the software). What is becoming more and more important is the governance of the interactions among different containers instead of the programming of the computation inside.

An extreme consequence of such an approach can be seen in serverless architectures where the developer just focuses on the software functionalities leaving all the deployment aspects and resource allocation issues to the cloud provider. In this extreme case, the computation machine does not exist anymore, it just becomes a matter of used time and memory. The only problem with such an approach is the high level of lock-in to the specific cloud provider architecture: we are forced to use the technologies chosen by the cloud provider. On the contrary, containerization technologies leave us more flexibility because they permit us to select the technology for expressing computation. This is why, in the following, I will continue my reasoning using containerization as the final reference for the new machine by skipping serverless computing that can be considered as a special case of what I am gonna say.

To a Machine Built for Communication

Before continuing we could summarize what I have said so far in the next picture. 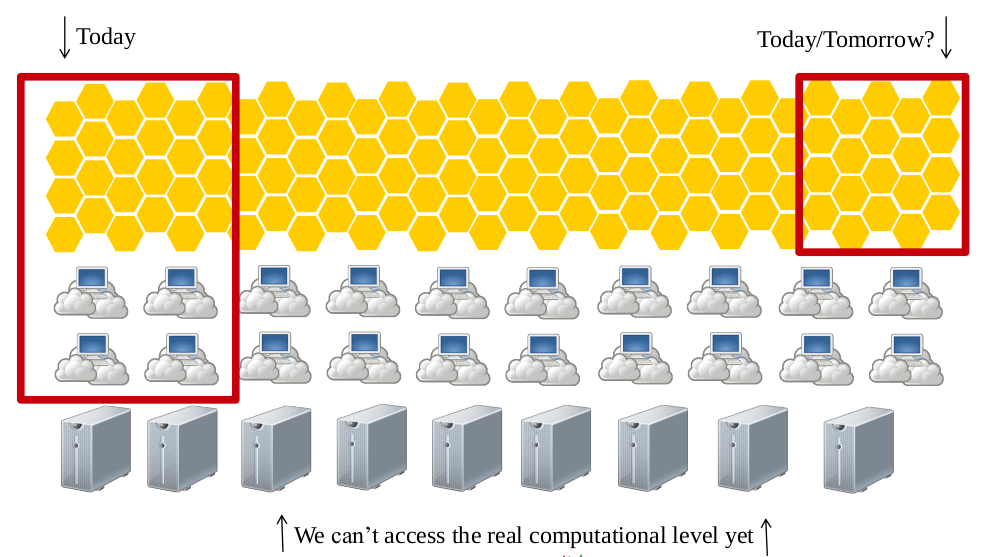 Today, when we are dealing with a cloud provider, we are still able to see the virtual machine abstraction level, but tomorrow we will soon just access only the containerization one (a lot of platforms are already doing this). At that moment, virtual machines will stop to exist and there will be only containers: a sea of computational boxes that run software functionalities. They will be the new computational layer we will have to deal with. There will be no bits to program in that case, only communication.

The new machine indeed will be composed of huge amounts of components that must be connected to obtain new applications and software functionalities. Make these components communicate with each other properly and correctly will be one of the main tasks of a developer. In that scenario, communication and coordination will become more important than computation.

Such a concept is not new, in the 80s Robin Milner introduced CCS (calculus of communicating systems) that provides a mathematical framework where computation is achieved by programming communications among the processes. In the same years, other calculi have been proposed for modeling communication systems. The only new thing we are facing today is that the communication machine is becoming a ubiquitous mass available machine for everybody, instead of a special tool used in a research laboratory. Containers are the building blocks of such a machine, and the programmable bits are the communication among them.

New Technologies for a New Machine

If we accept the idea that we are facing a revolution at the roots of computation, we can start to change the way we are approaching the new communication machine and its related technologies. The big challenge we have to deal with is trying to find better technologies for programming such a machine. API Programming, Architecture as a Code, Service-Oriented Computing, Microservices, Choreographies, etc. are just some of the keywords we need to take into account when we are reasoning about the future evolution of the technologies for the communication machine.

I am writing this article because of the experience I matured in collaborating at the creation of a new programming language (Jolie). We started from the mathematical foundations of the CCS adapting it to the service-oriented model. Jolie is a language where communication primitives come at the same level as the computation ones. What we have seen in Jolie is that having built-in primitives in the language can make communication and coordination easy, cutting time in the development and maintenance phases. It happens because some programming aspects are not offered by external libraries but they are already crystallized in the language. Moreover, developers require fewer skills to develop a distributed service-oriented application because they just have to know a programming language instead of a set of libraries and frameworks.

We are just at the beginning of a new era of Computer Science and everything could change rapidly but something is quite sure: we are going to completely change the way we are programming applications today.