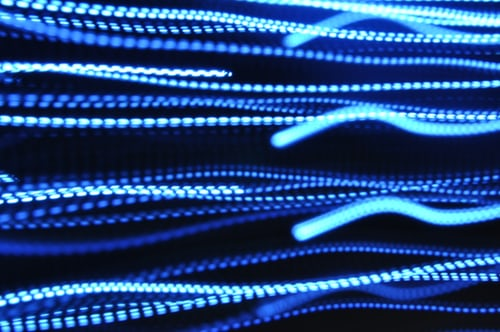 The Next Evolution in Artificial Learning

The seemingly inevitable march towards machines generating human-like intelligence has been a staple of science fiction for a generation, but it remains something that is a dot on the horizon. A new paper from Michigan State University reminds us of the work that still needs to be done, whilst also proposing a way for machine intelligence to evolve as natural organisms have.

“We know that all organisms are capable of some form of learning, we just weren’t sure how those abilities first evolved. Now we can watch these major evolutionary events unfold before us in a virtual world,” the authors explain. “Understanding how learning behavior evolved helps us figure out how it works and provides insights into other fields such as neuroscience, education, psychology, animal behavior, and even AI. It also supplies clues to how our brains work and could even lead to robots that learn from experiences as effectively as humans do.”

The researchers believe this understanding could have profound implications, both for understanding our own origins and also for developing technology that can learn on its own.

You may also like: Deep Learning and the Artificial Intelligence Revolution

The researchers developed a digital simulation designed to replicate evolutionary processes. The system aimed to allow thousands of generations of evolution to be observed in a few hours, with a particular emphasis on assessing how learning approaches evolved over time.

“Learning is crucial to most behaviors, but we couldn’t directly observe how learning got started in the first place from our purely instinctual ancestors,” the researchers say. “We built in various selection pressures that we thought might play a role and watched what happened in the computer.”

The program illustrated a clear evolution in learning, with each organism essentially a blank slate at the start of the simulation, incapable of sensing, moving or learning. Over time, however, mutations emerged that altered their behavior.

This resulted in more and more complex behaviors emerging over time, with organisms developing the ability to learn by association. For instance, if organisms made a wrong maneuver, they quickly corrected the error.

“Evolution in nature might take too long to study,” the researchers explain, “but evolution is just an algorithm, so it can be replicated in a computer. We were not just able to see how certain environments fostered the evolution of learning, but we saw populations evolve through the same behavioral phases that previous scientists speculated should happen but didn’t have the technology to see.”

Of course, evolutionary algorithms are nothing new in the AI world, but the authors believe that their simulation provides a sufficiently progressive look at how learning evolves for this to support more effective development of machine intelligence in the future.

Redefining Modernization for The Digital World

Are We Making AI Inefficient by Molding It to Human Thinking?