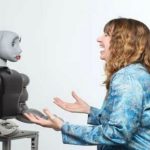 programming robots is, understandably, a challenging and often very expensive endeavor. a team from the south dakota school of mines & technology set out to make a more cost-effective way of doing so. the project was born out of challenges the team faced in teaching students how to program autonomous robots. coding mistakes would be incredibly time consuming, and students would often spend as much time repairing robots damaged by coding mistakes than actually learning to program.

their troubles prompted them to build something themselves, and the result was the roboscience simulator , which aims to provide an affordable platform for teaching coding of robots to students from school level upwards. the open source simulation program is designed to be used for free, and includes an online portal, textbooks, and basic robotics software.

the application has a simple, video game-like interface with a robot navigating through various on-screen obstacles. the simulator then allows coders to figure any kinks in their program, with the simulated robot then acting out their commands on screen. the code can then be applied to an actual robot without the risk of it going expensively wrong.

not only does the program offer a safe learning environment, the developers also believe it's an effective one. they believe that students using it tend to learn at a faster pace than they do when coding for an actual robot. this is largely because any mistakes made in the simulator are easily corrected, unlike with a physical robot, and learning from mistakes is an incredibly effective way of learning and increases the time spent experimenting.

in the first academic year of its use, students logged around 1,000 hours collectively on the simulator, and then a further 200 hours individually. the team hopes to use it to teach their class in the coming academic year, with another university trying it out in 2019, before it's then made available to everyone.