in computer science, there is this tension between creating generic algorithms applicable to different situations and optimizing an algorithm to solve a specific problem.

generic algorithms make it possible to find similarities between problems that, at first glance, may seem completely unrelated. this is especially interesting when those problems belong to different domains. when this happens, the nature of the problem is better understood and ideas from one domain can be transferred to another.

however, algorithms need to be executed in physical machines, and therefore limitations, of time and space must be taken into account. unfortunately, many optimized algorithms have little resemblance to its generic version. in a way, information is lost when moving from a generic algorithm to its optimized version.

the aim of this post is to illustrate the use of a generic algorithm to solve problems as disparate as:

in order to solve these problems, we will use a common representation for all of them, namely: a graph. therefore, the first step will be to define a way to traverse the graph.

the method findpath , starting at the vertices from , traverses the graph and as it does so, builds all possible paths until finding the solution as per the definition of the method issolution . this method defines the condition to be met by the path, e.g. the path must pass through an specific vertex or through all the vertices.

the process to calculate the neighbours of a given vertex depends on the topology ("shape") of the graph and is implemented by the method neighbours .

the method isvertexeligibleforpath filters the neighbours that are eligible to be included in a path (for instance, in most cases it is desirable not to visit twice the same vertex and consequently vertices already visited are discarded).

the method addneighbours adds the neighbours of the current vertex to the list of remaining vertices to explore and determines the way the graph is traversed: depth-first or breadth-first (depending on whether the new vertices are added at the front or at the back of the list, respectively)

again, i cannot stress enough that the implementation of findpath is very generic and therefore sub-optimal for the problems mentioned above.

the following sections show how to solve said problems.

before getting started, here are some definitions that will be needed later on:

probably, this is the most intuitive of the problems as it is easy to imagine the chessboard like a graph where the squares are the vertices that are connected by the moves of the knight. with this in mind, we can represent an infinite chessboard like so:

the remaining methods are defined in another trait describing the nature of the problem:

finally, the class implementing the solution can be defined by stacking all these traits:

the first thing to consider here is that the chessboard must be finite, what can be achieved by overwriting the trait infinitechessboard to restrict the moves of the knight to the dimensions of the board. the original implementation of isvertexeligibleforpath is still valid as the knight's path cannot visit the same square twice.

the nature of the problem is represented by the following trait:

finally, the solution is

surprisingly, or maybe not if you are familiar with this problem, the optimal change can be represented as a graph. each vertex represents the face value of a coin and the solution is a path such that the sum of its vertices equals the original amount. for instance, for a set of coins [1,4,6], the amount 8 is represented by the path 0 -> 4 -> 4. 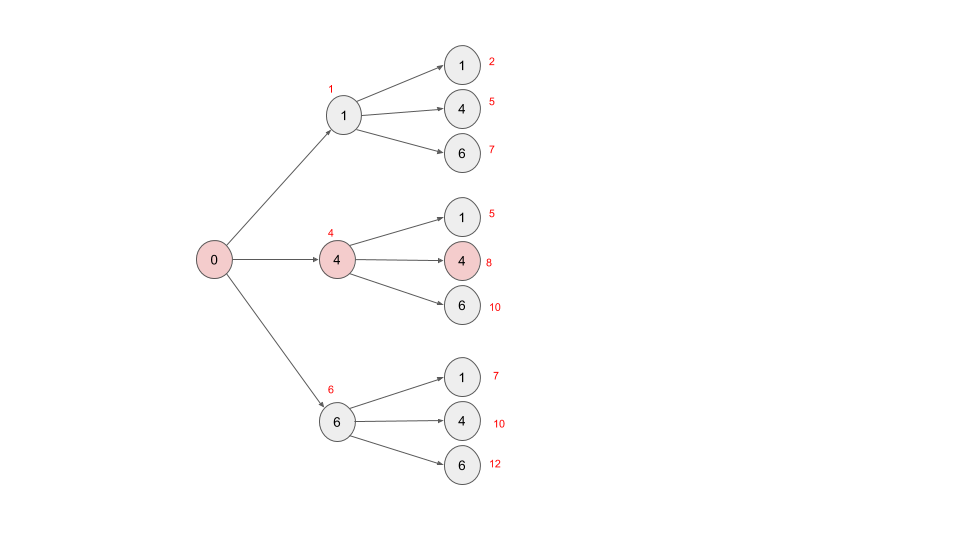 after the picture, it's easy to implement graphtraversal

and the solution is

representation of an integer in base -2

in base -2, integers are represented by sequences of bits in the following way. sequence s of n bits represents the number 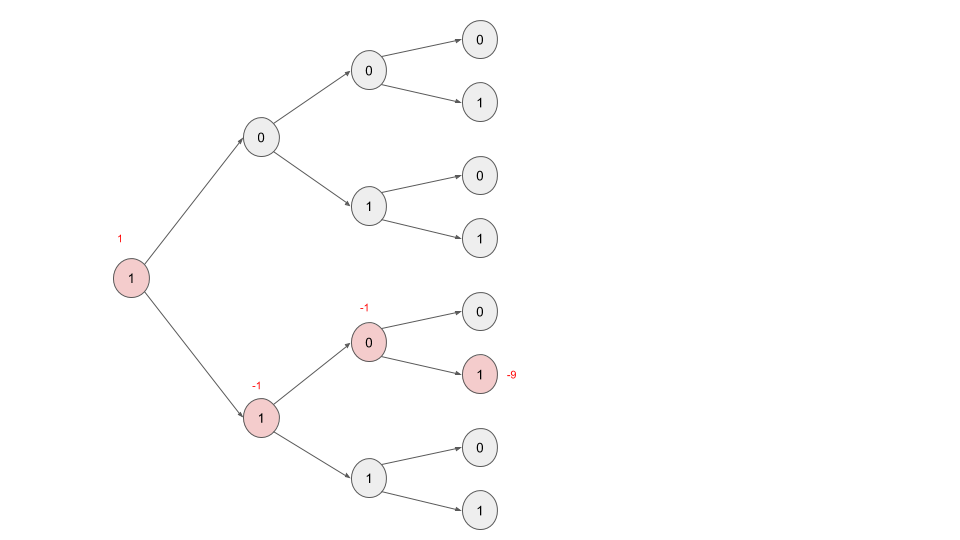 and the solution is

the code of all the examples presented in this post can be found on https://github.com/falvarezb/blog-bytecode/tree/graphs .