Artificial Intelligence, and particularly Machine learning (ML), is currently one of the hottest topics in most organizations as it continues to expand across many sectors. In the past ten years, various data science third-party platforms have emerged and evolved, gaining widespread success among developers and catering to data scientists’ increased needs for developing, scaling, and deploying ML models.

I work for /Data, a company that specializes in the analysis of the developer economy. In the 15th edition of our Developer Economics survey, we asked 8,600+ machine learning developers which data science platforms they use, how satisfied they are, and how likely they are to recommend each of these platforms. As you would expect, there is generally a strong positive relationship between developers’ satisfaction and usage for a given platform — the more satisfaction a platform gathers, the more mindshare and recommendation it gets. In this post, we explore the implications of this relationship as well as some of its nuances for third-party platform vendors. 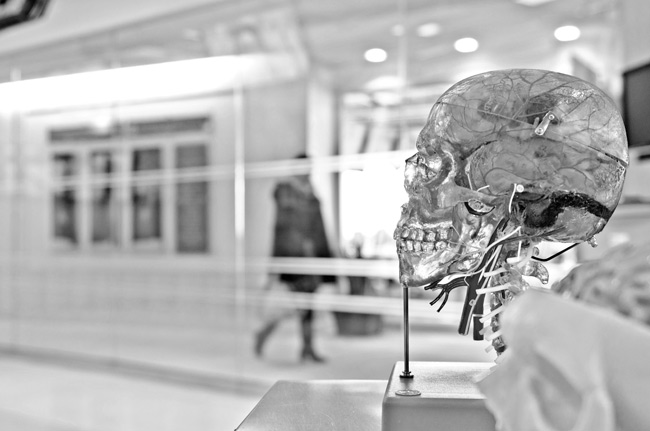 Taking a Step Back

The majority of developers use more than two data science platforms. ML developers leverage the specialization of various platforms to manage different tasks, such as end-to-end model development, data sourcing, algorithm development, and model deployment. “Loyalty” is not yet a concept that applies to data science platform users, as the product offering is still evolving and there is no single product that answers all the needs of developers and data scientists. This fragmentation is reflected in the usage of and satisfaction with machine learning platforms.

The higher the satisfaction and the NPS, the more mindshare a platform gathers from developers. The two polar opposites best illustrating this point are Anaconda and SAS Enterprise Miner. Anaconda is the undisputed leader across mindshare, satisfaction, and NPS while SAS ranks last for both satisfaction and NPS, which in turn translates to a mindshare ten times lower than Anaconda’s. Microsoft Azure Machine Learning Studio is Anaconda’s closest competitor for both mindshare and satisfaction, even though it follows at some distance. 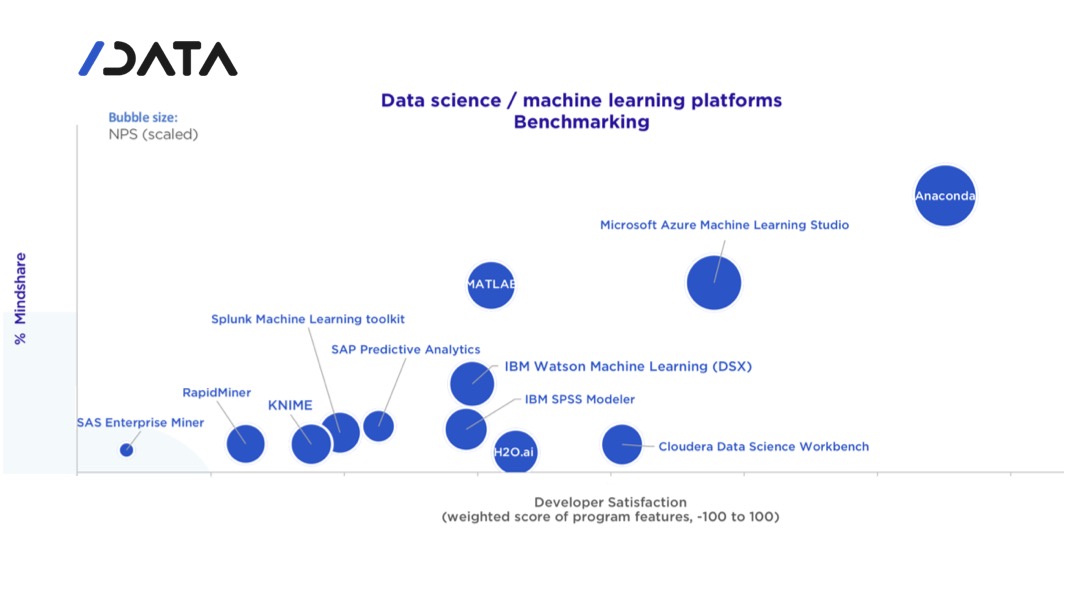 For some players, high specialization translates in high satisfaction.

Niche or specialized products do not get as many users as the top players do but are deemed highly satisfactory by their more limited audiences. For instance, ML developers using Cloudera Data Science Workbench platform show higher levels of satisfaction and NPS than users of MATLAB, even though MATLAB’s mindshare is six times higher than Cloudera’s. This is good news for specialized platforms — as they already compete head-to-head with the leading platforms in terms of the level of satisfaction with platform features, they have significant potential to increase their mindshare. For these platforms, it would be worth looking into different strategies that could lead to increased mindshare — from the right marketing message to adding more widely used features or providing more documentation and support.

A Landscape Full of Opportunities

Published at DZone with permission of Michael Carraz. See the original article here.