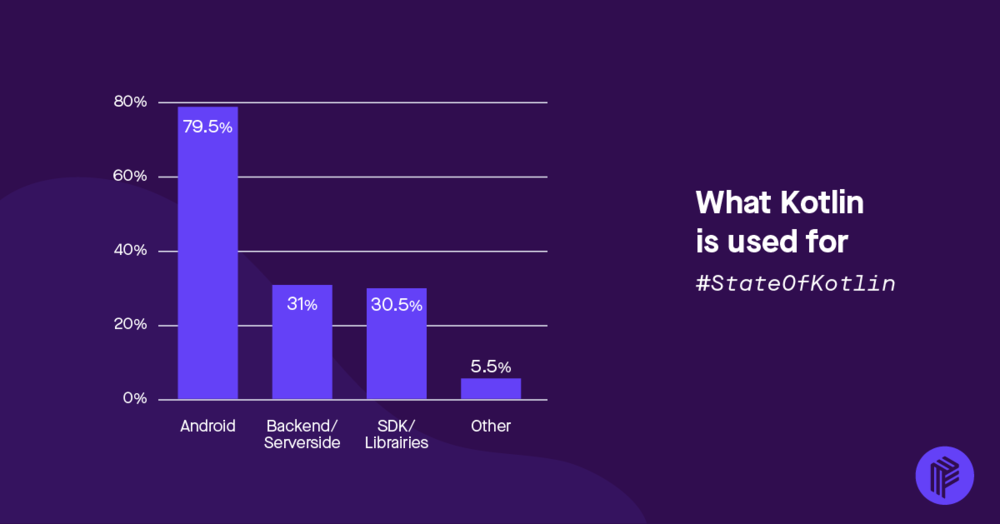 From Google announcing Kotlin support in Android a year ago to over 100k respondents of the StackOverflow survey voting it the second most loved language, JetBrains’ baby is thriving.

We wanted to learn what’s so special about Kotlin. So, we decided to dig deeper.  While originally aimed at 1,000 people, we got an overwhelming response from 2,744 developers from all around the world, with most of them sharing that they like Kotlin’s features, simplicity, and ease of use.

The State of Kotlin report's key findings were as follows:

Kotlin is used both in work and personal projects, as confirmed by 60 percent of respondents. Kotlin is even more prominent amongst side projects since they tend to be smaller, easier to convert, and more experimental.

Android is hugely popular across the board and is used by professional developers and students alike. However, when it comes to backend applications, Kotlin’s users tend to be more experienced developers.

Most Kotlin developers come from some sort of Java background. Over 87 percent of respondents have migrated existing Java code to Kotlin. However, over a quarter of respondents who migrated from Java to Kotlin needed to revert back due to both technical and organizational reasons. Tools that use reflection or generate code have been most often mentioned as technical reasons to revert to Java. 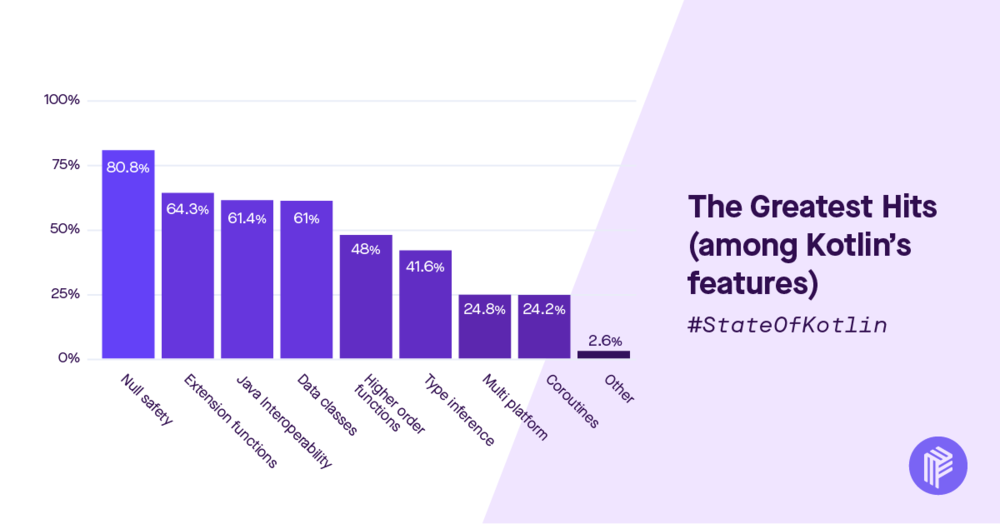 The report concludes that Kotlin is overwhelmingly popular in the Android circles. This raises the question: will Kotlin break into the communities outside of Android?

We are excited about Kotlin's growth and believe that it will become a benchmark for what a programming language should be able to do — switch between object-oriented (OO), functional, scripting, and declarative paradigms, as well as between Android, web, and native platforms.