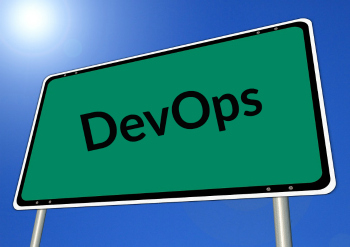 for years, software development comprised of working on major product releases with countless features, fixes, and updates. this “waterfall model,” a system of development that flows down linearly from concept to testing, has proven to be expensive, slow, and buggy. in recent years, with the implementation of devops, the waterfall model has been losing favor among companies.

devops is a system that allows for rapid progress using continuous integration and development. the devops method results in faster product releases that are small enough to change quickly if bugs or errors are found. companies employing this approach experience “60 percent fewer code deployment failures and they recover from failures 168 times faster, all the while delivering code updates 30 times faster” according to puppet's 2015 state of devops report. however, many it companies are struggling to shift from traditional software development to a devops-based methodology.

the primary reason for this difficulty is often the result of lack of desire by employees to alter or expand their roles and implement the techniques necessary for a proper transition. developers, for example, tend to be strong-willed when it comes to coding, and often fail to take responsibility for their work. testing is seen as a low-level role by high ranking coders, but sometimes it’s the lack of comfort in testing that’s to blame.

businesses are not alone, however. while a firm will always need the cooperation of all of its employees, the heavy burden often associated with implementing a devops-based continuous deployment system has been lessened by consulting firms and automation systems that can scale to support hundreds or even thousands of projects.

read about a vital area of devops often skipped over: in database automation we trust – ebook.

no transition of this magnitude is ever completely smooth. roles shift, processes change, and resistance within the workplace is not unusual. the results speak for themselves, though, with higher quality releases, faster production time and fewer bugs. the road to devops is a long one, but value it presents is unquestionable.