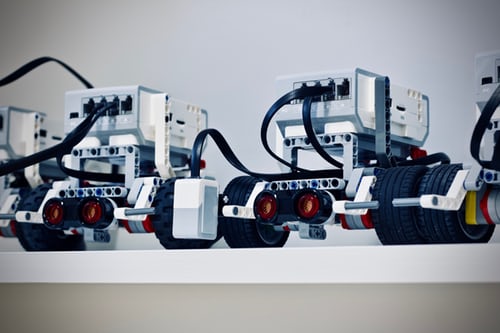 2019 marked the year we crossed the tipping point for robotic process automation (RPA) adoption. A recent report from Futurum Research — commissioned by Automation Anywhere — discovered that more than half of North American businesses today have adopted intelligent automation.

These findings show that RPA is no longer an emerging technology but rather a mission-critical component for businesses, driving immense value due to its ability to automate labor-intensive tasks so that humans can refocus their efforts to work that drives impact and satisfaction.

Already the fastest-growing segment of the global enterprise software market according to Gartner, RPA is continuing its march towards ubiquitous adoption and ushering a new Industrial Revolution — shaking our very definition of what work is and how it is accomplished.

As we approach the dawn of a new year and decade, it is often useful to ask ourselves what happens next. What will be the impact of this new technology and set of products across the enterprise landscape? And what should we begin planning for? To that end, I have taken the liberty of making five predictions below about how RPA and automation will affect the world.

1. RPA Will Play a Pivotal Role in Global Data Privacy and Governance Initiatives

The 2020s are shaping up to be the decade defined by big data with the advent of 5G and the explosion of connected devices. In this new era, we’ll see even more pressure on companies to be fully transparent about the information they collect and how it’s used, with legislation like GDPR and the upcoming California Consumer Privacy Act (CCPA) representing only the tip of the data governance iceberg. Additionally, as malware increasingly becomes enhanced with artificial intelligence (AI) to identify network vulnerabilities, intelligent and secure bots will be a critical line of defense against data breaches.

2. The Near Elimination of Paper From all Large and Medium Enterprises

With the onset of cloud-native, web-based RPA platforms and rapidly maturing machine learning technologies that understand the written word and integrate resulting actions within an RPA platform, we’ll pass the tipping point towards ubiquitous adoption in the next year. By 2025, there will be easy-to-deploy-and-teach AI models for a large majority of paper documents in the enterprise, so that human workers will never need to process an invoice again.

3. Any Economic Recession Will Accelerate the Global Adoption of Automation

Experts, from strategists at leading investment firms to Nobel laureates, warn of an “imminent” global recession, exacerbated by a $13 trillion global stockpile of negative-yielding debt. In this downturn, businesses will need to find new ways to increase efficiency, drive revenue and meet customer needs. With 85% of the RPA market still untapped, the economic slowdown will encourage all businesses to dive into automation. In fact, current Automation Anywhere customers are already increasing automation investments to hedge against the risk of a declining economy.

4. Hiring for RPA Skills Will Explode Across all Industries and Job Functions by the End of 2020

With more than 5,000 RPA jobs in the U.S., there is already incredibly high demand for RPA specialists. Over the next year, we expect to see RPA skills appear across all job roles — developers, business analysts, program and project managers, etc. — and in all verticals — IT, BPO, HR, education, insurance, banking, among others. As a result, the number of open roles (and starting salaries) will skyrocket.

While many RPA platforms now offer AI capabilities, today RPA and AI are used as two separate entities — one is rules-based and the other is adaptive and predictive. In the coming years, RPA and process analytics will become entirely infused with AI and machine learning (ML), accelerating process discovery and mining, and dramatically simplifying human effort in these areas. Going forward, bots will be able to automatically identify the best processes to automate, act upon this insight and optimize deployments throughout to guarantee the best possible results.

How RPA Is Changing the Way People Work

The Growing Symbiosis Between RPA and AI